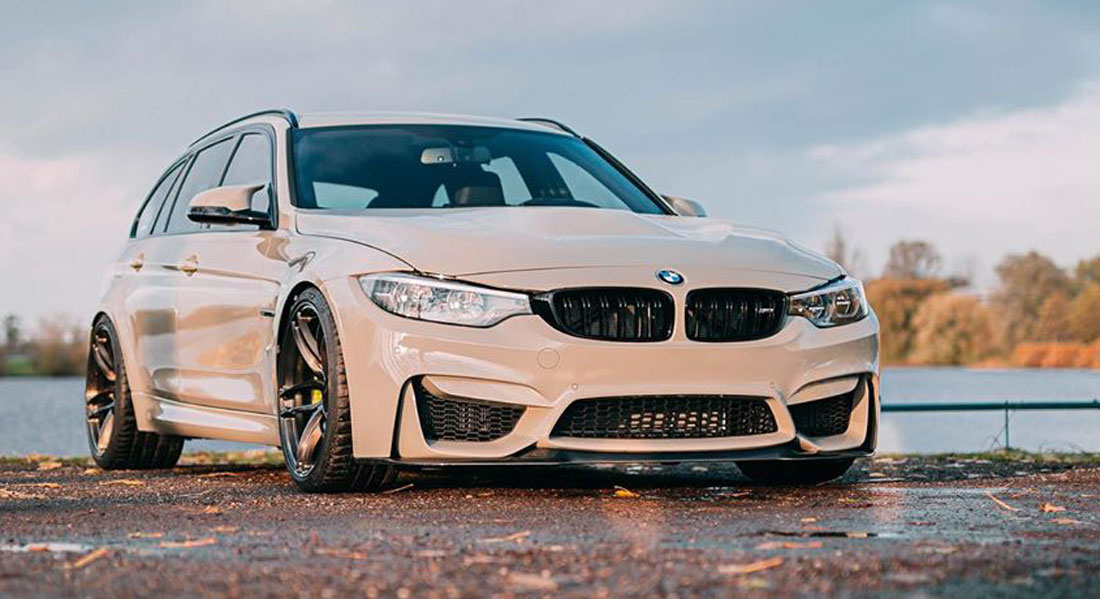 When it comes to super-fast saloons, BMW’s M division is the first port of call for many. The Munich-based manufacturer makes some of the most lusted-after cars out there, and for good reason. Many would regard the company’s pièce de résistance as being the M3, so often proving BMW’s “Ultimate Driving Machine” tagline to be true.

But what BMW has never done, is produce a bonkers-fast M3 estate. It’s something fans have long cried out for; after all, Audi and Mercedes-Benz both make supercar-rivalling wagons, so why has BMW not followed suit? We’re even more convinced there needs to be a production version after some crazy Dutchman has built his very own M3 Touring.

The car has been developed and built by Sander, owner of Netherlands-based tuning company Full Car Tuning. He’s detailed how it has come to be, by way of a dedicated Instagram page. But while Sander hasn’t followed in the footsteps of his fellow Dutchmen who turned a Porsche into a shooting brake by building new bodywork pieces, he has instead taken an M3 engine and parts and fitted them to a run-of-the-mill 3-Series estate.

The result? A batshit crazy one-of-a-kind M3 Touring. So. Much. Want.

After sourcing an engine and parts from a six-month-old, written off M3 CS sedan, Sander had to modify some of the bodywork to make sure the M3 saloon pieces fit on its elongated cousin. With the hard work out the way, Sander was able to play around with the fun stuff such as selecting wheels and seats, as well as for deciding on the colour for the body.

When it comes to super-fast cars, the majority of us will opt for a garish colour, such as a bright green or orange. But this is an executive German wagon first, with a soil-your-pants-super-quick engine under the hood, second. It, therefore, needs a more sedate paint job, and we think the choice of Fashion Grey is sehr schön.

Since finishing the project, Sander has taken his M3 CS Touring to various automotive shows, and rightly so. If we had the skill (and bank account) to carry out such a job, we’d be shoving it in people’s faces left, right and centre.