Forget his Golden Globe or even his Emmy… Matt Bomer was just spotted wearing an outfit that deserves a prize all of its own as he left ABC’s “Live” with Kelly and Ryan earlier this year on January 28th in New York City.

The 42-year-old American actor, producer, director and singer has appeared on the show several times in the past, wearing different outfits and talking about distinct roles. Yesterday, however, Matt sat down to talk to Kelly and Ryan to talk about season three of the series The Sinner.

But the upcoming season of the renewed detective drama, which Matt recently joined as the new lead, is not what’s important here: the all brown outfit Matt chose to wear as he exited the studio is. 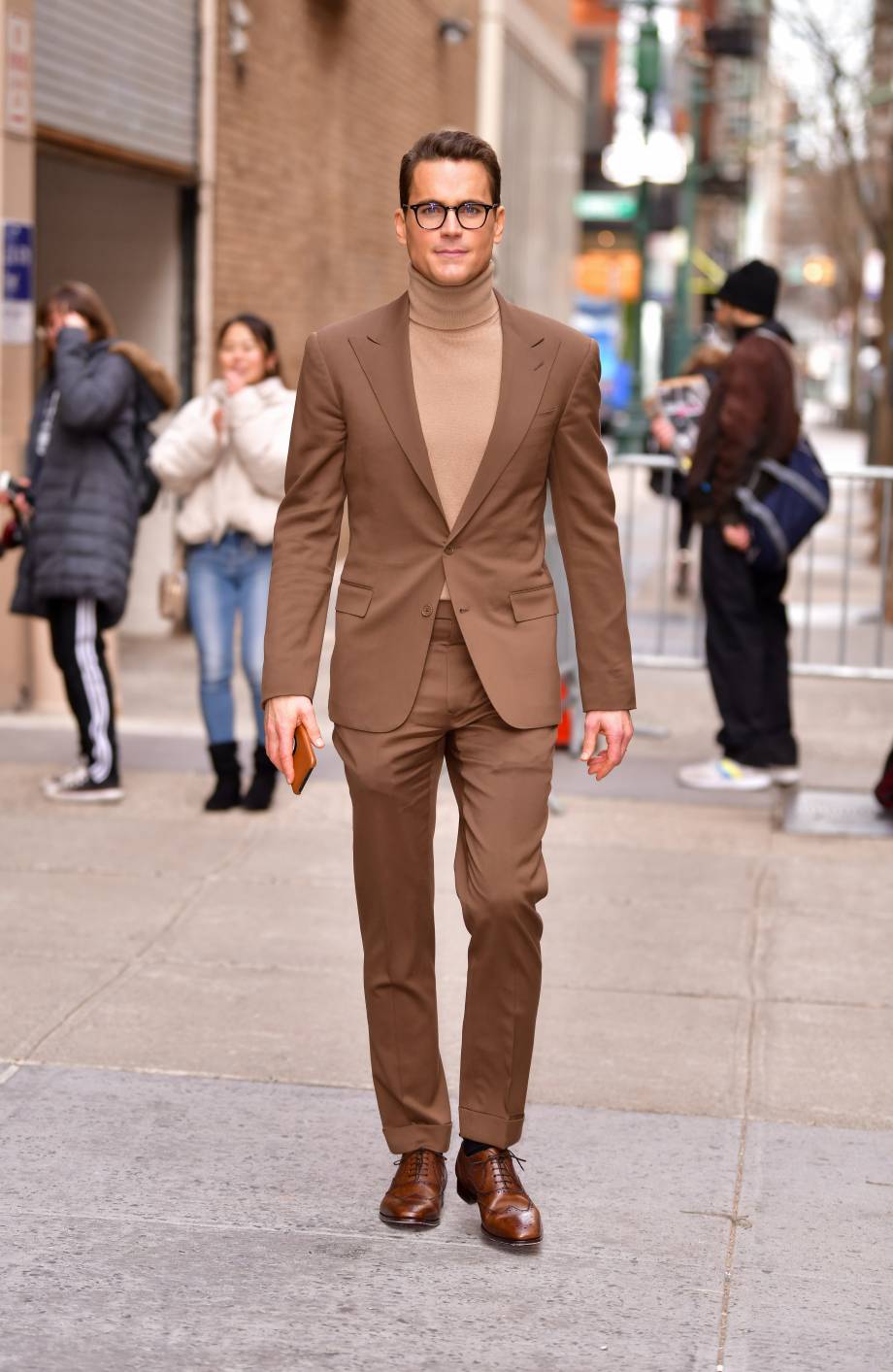 Yes: the American Horror Story star looks like he just stepped out of a Suitsupply catalogue. But it’s super cool, and an excellent example of how you can buck the trend and stand out from the sea of navy and grey penguins at the office, all by wearing a brown suit. Not every man can rock one, but Bomer clearly can.

Bradley Cooper, watch out – Matt Bomer is coming to take your crown as the coolest cocoa-coloured suit wearer around.

So, even though brown suits haven’t been all the rage since the pre-industrial era, if you do it right, you can net yourself bonus points for being original with a touch of old school charm. Not sure where to start? Our men’s fashion guides have everything you need to know (and more).