The Problem With Qantas’ New Flights From Sydney To Byron Bay 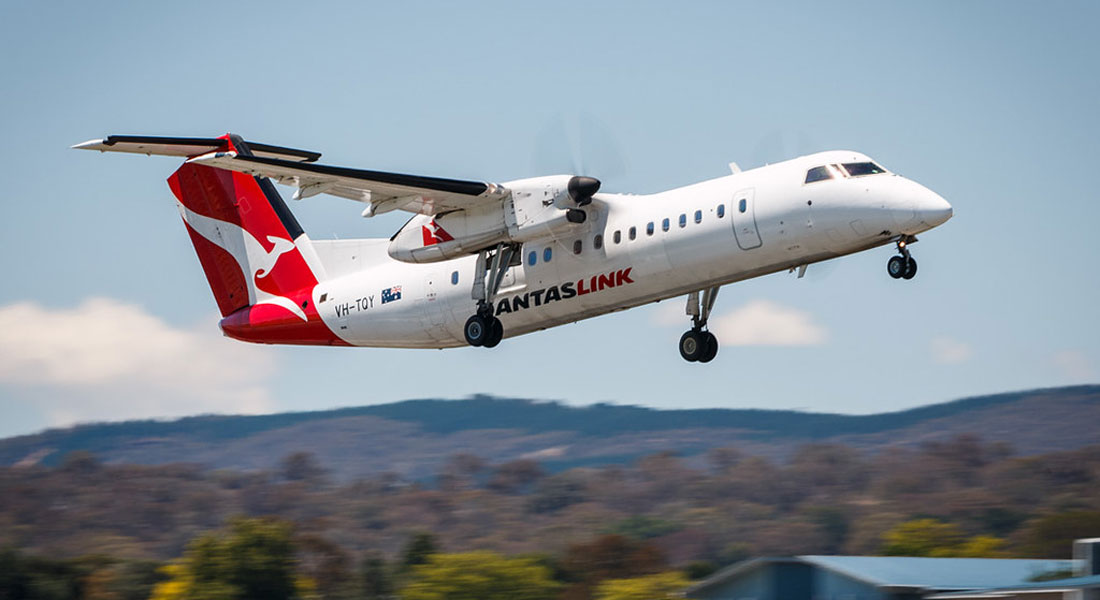 A skimpily-clad model primps and preens to your left and a shoe-averse gentleman clips his toenails to your right. Oh and your stomach is already curling, not due to the perfume and foot fungus, but because the ground is unsteady beneath you. No: you’re not trippin’ in Nimbin, you’re onboard one of Qantas’ new direct flights from Sydney to Ballina (one of the closest airports to Byron Bay).

While the above hypothetical is exaggerated, Qantas’ new flights to Ballina, while highly convenient, will be undertaken on a rather small jet (a 50-seat Q300).

That said, as Qantas announced this morning, it will now be much easier for Sydneysiders to travel to Byron Bay and the New South Wales far north coast, “with the launch of flights from Sydney to Ballina for the first time in 15 years.”

“A daily return flight will commence from 29 March 2020 adding more than 36,000 seats on the route each year,” Qantas wrote in a press release, adding, “Northern Rivers residents and business travellers flying to Sydney will benefit with the flights conveniently timed for same-day trips with a morning departure from Ballina and an evening return from Sydney.”

Why the new route? Qantas Domestic CEO Andrew David said demand for premium travel to the region was increasing and the new flights would give travellers even more choice.

“Byron Bay continues to be an incredibly popular destination for holidaymakers of all types. We’ve seen more and more luxury hotels established in recent years and we think it’s the right time for Qantas to again fly directly to Ballina,” Mr David said.

“Our frequent flyers have been asking for this for some time and we think they’ll enjoy the option of flying on Qantas and the benefits our premium service offers including lounge access before they fly out of Sydney.”

NSW Minister for Tourism Stuart Ayres echoed the sentiment, calling the new route a fantastic opportunity for visitors to enjoy one of the State’s most popular regions.

“NSW’s far north coast offers incredible beaches, world-class produce and seafood, and a lifestyle that is the envy of many, so it’s great that Qantas is making it even easier for visitors to explore Ballina and beyond,” Minister Ayres said.

“Now is the perfect time to escape the city and support regional NSW by staying local and buying local, giving the tourism industry in these communities a welcome boost.”

The new flights add to Jetstar’s services to Ballina, with the low-cost carrier operating direct flights from Sydney and Melbourne.

The easternmost point of Australia beckons. Just remember to take your anti-anxiety meds if you are a nervous flyer.