Following a week of qualifying matches, the Australian Open has officially started, beginning January the 20th 2020. But even though we’re a week and a half from the finals, here at DMARGE we already have a winner. That is: the winner of the best on-court style award (when it comes to off-court, David Beckham usually takes home the trophy).

Rafael Nadal, so often regarded as one of the greatest players of the game, is equally triumphant when it comes to clothing. The Spaniard regularly serves up (pun intended) eye-catching outfits, all of which are made by Nike, the company with which Nadal has a long-standing contract. His Australian Open outfit this year is no different. In fact, it could be his best yet. 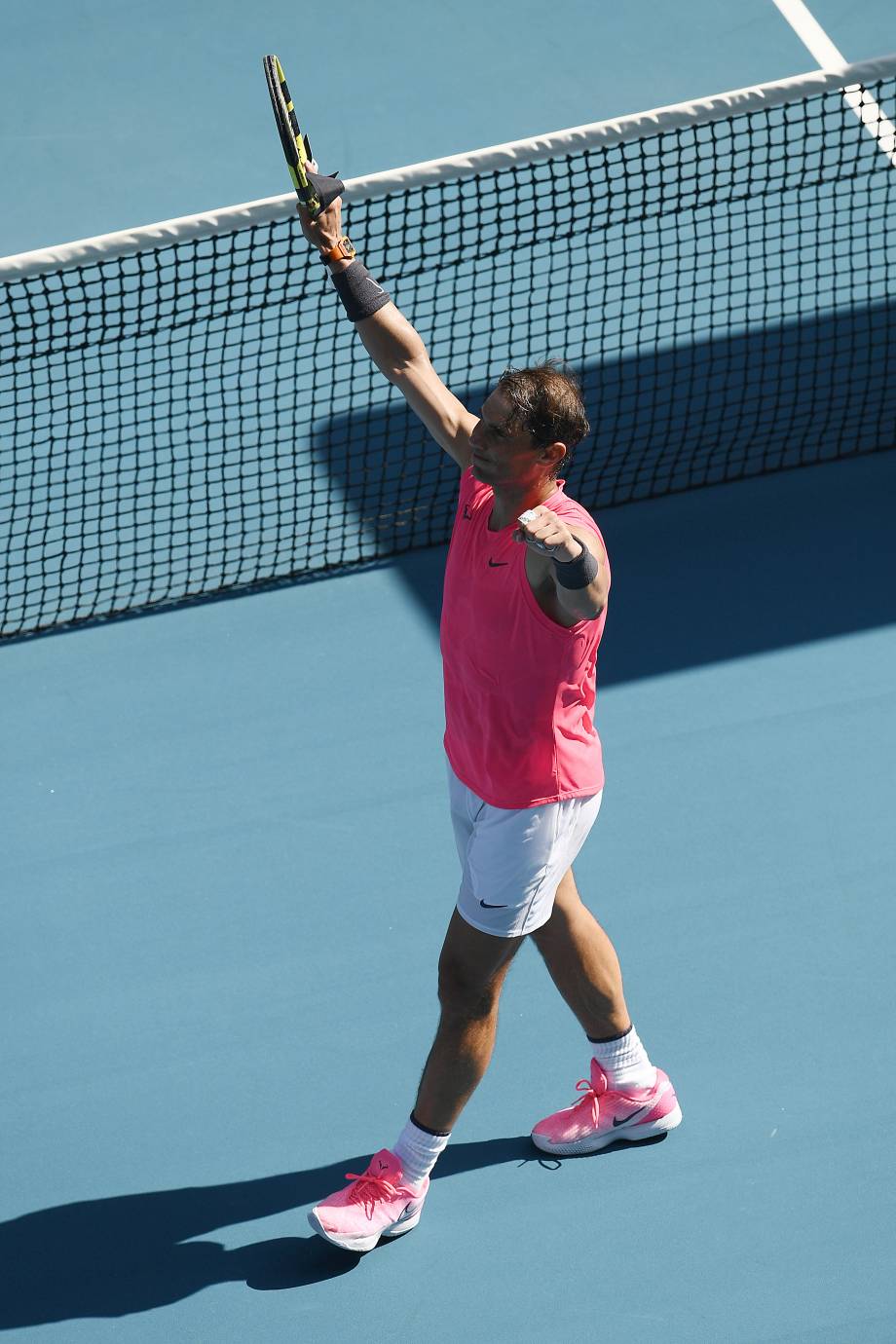 That’s because he teams a bright pink singlet (A$110) with white shorts ($70), and white and pink NikeCourt Air Zoom Vapor Cage 4 shoes ($220). No Nadal outfit would be complete without head and wrist sweatbands, with this year’s accessories coming in grey. Compare Nadal’s Aus Open ensemble to Roger Federer’s Uniqlo get-up, and it’s the easiest case of match point you’re ever going to see.

Almost as strong a case of dominance as his 6-2, 6-3, 6-0 defeat of 73 ranked in the world H. Dellien yesterday afternoon. Oh, and on that note of ‘strong’ moves, Rafael’s wrist game was just as solid as his tennis, with the Spanish legend taking to the court in his classic US $725,000 Richard Mille 27-03 watch – a manual winding Tourbillon that weighs just about 20 grams and whose special construction can withstand 10,000 G’s of force. It’s also the same one he won the US Open wearing in 2017.

Aces aside, one of the main draws to every Grand Slam on the tennis calendar is the clothes the players wear. While Wimbledon requires a dress code of white year in, year out, the other three major tournaments allow the players to have some freedom with their fashion. Each year, clothing companies have to come up with new colours and patterns that fans too can buy – think of it as the equivalent of soccer and footy teams releasing their annual jerseys.

VICTORY FOR RAFA 🇦🇺💪🏼⁣ ⁣ Rafa defeated @hugodellien 6-2/6-3/6-0 in 2 hours. Hugo really played a good match to be honest 👏🏼 ⁣ ⁣ The first set was closer than it might seem. Rafa even got broken back and he wasn’t aggressive enough. Plus, he was playing a bit too short. Overall, his serve was not perfect today especially in the first two sets. Yet, the third set was much better on every aspects of the game. He was more aggressive, serving better and returning better too. ⁣ ⁣ That’s only a first round match so of course there are things to work on, but it’s still positive 👍🏼 Round 2 next on Thursday 💥🇦🇺⁣ ⁣ (📸: Getty Images)

Nadal continues his Australian Open 2020 journey tomorrow, where he will face Uruguay’s F.Delbonis, who is ranked 76th in the world.