When it comes to the rich and famous and their wrists, we’re accustomed to seeing Rolex, Patek, Richard Mille and Breitling. Rarely do we see a Cartier make an appearance though, which is a shame because they’re elegant, impeccably well-made timepieces. So when we do spot one in the wild, we sit up and take notice.

Enter Rami Malek. Fresh from his days hacking his way into financial corporations and portraying rock legend Freddie Mercury, the LA-born actor has now found himself being one of the most in-demand actors in Hollywood. It’s also meant he has to consistently bring his style A-game when walking the red carpet. 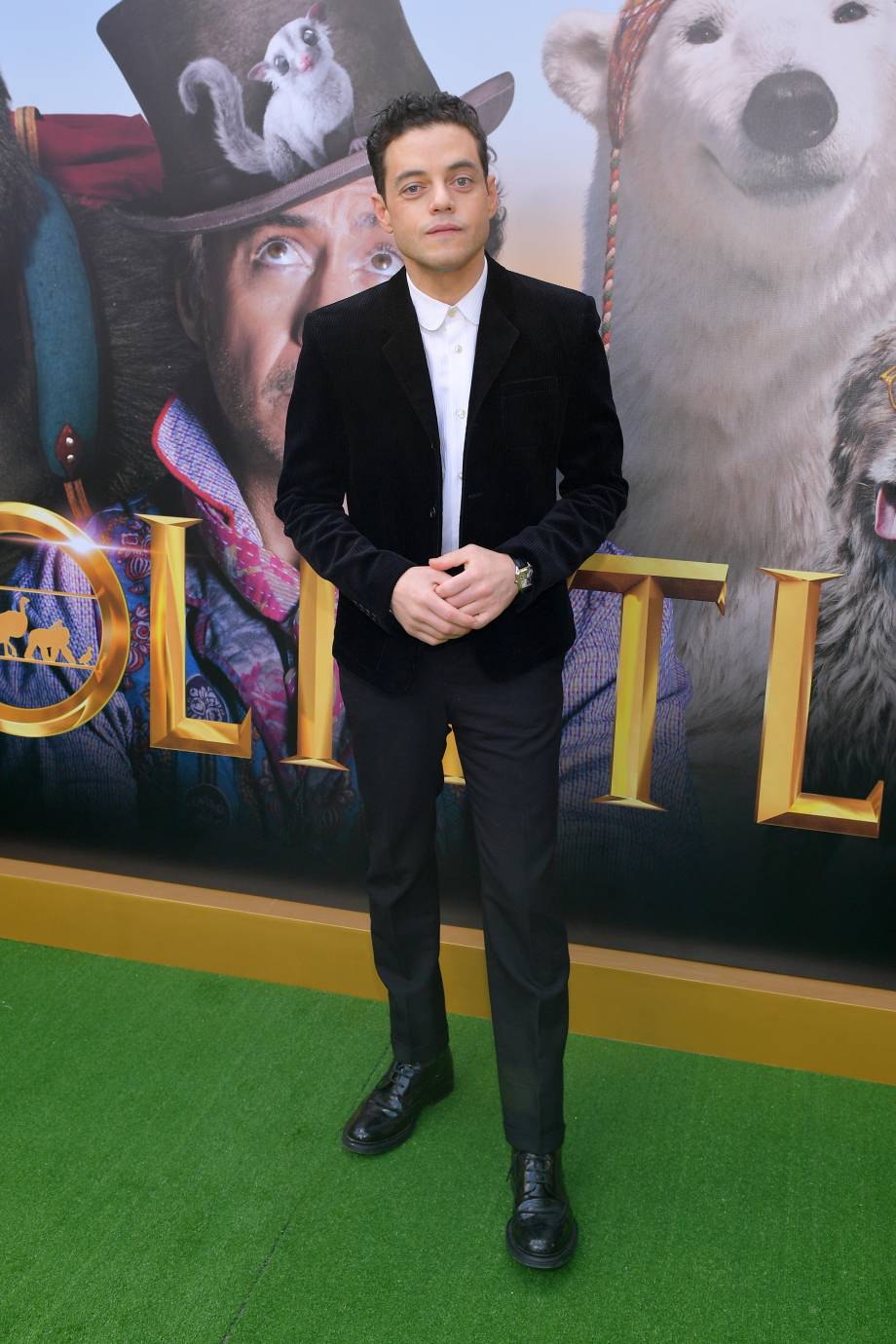 And that’s exactly what he did when attending the Dolittle premiere in Westwood, California on January the 11th 2020. A closer look at his left wrist reveals he’s wearing a Cartier Santos-Dumont. More specifically, it’s the quartz movement AU$8,100 Santos with a rose gold and steel case and black alligator strap.

Cartier reintroduced the Cartier de Santos collection at the beginning of 2018 with a new interchangeable strap system, alongside a brand new in-house developed automatic movement. Its square case has become iconic among watches since it was first launched in 1904, which Malek uses to subtly upgrade his rather reserved red carpet look to true A-lister status. Note: Rami’s does not feature interchangeable strap system. 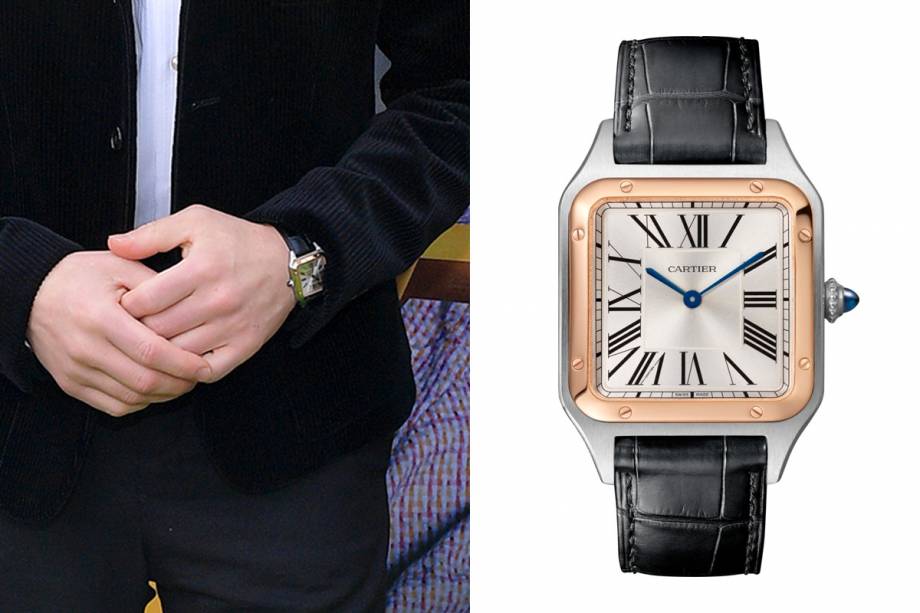 He teams his timepiece with a simple look of a black velvet blazer, black trousers and shoes and a white shirt with a rounded collar. He gives his look a modern twist by going tie-free.

Rami Malek appears in the upcoming movie Dolittle alongside Robert Downey Jr., wherein the latter portrays Dr. Dolittle, who can speak to animals. Malek is also set to appear in the forthcoming James Bond movie No Time To Die as the main antagonist to the titular character.