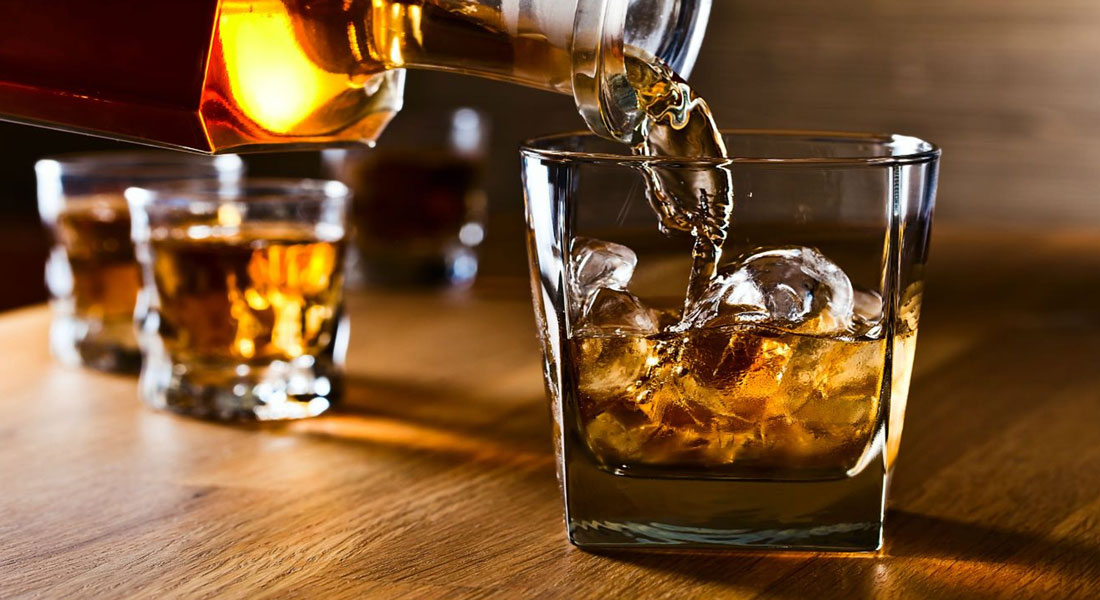 It’s something no man ever really wants to hear, “I think you should quit drinking”, “I think you need to lay off the alcohol for a bit” or even, “Do you even remember what you did last night?”. Alcohol plays a big part in the lives of many men: a National Health Survey published by The Australian Bureau of Statistics founds that 84.5 percent of Australian men consumed alcohol between 2017-2018.

But have you ever, truly, taken a step back and considered what effect drinking alcohol on a regular basis has on your health? Yes, it makes you feel good in the moment of being with friends and family, but we’ve all been subjected to our fair share of hangovers, am I right?

To help illustrate the effects of giving up the good stuff can have, Fred Schebesta, founder of Finder.com.au, Australia’s most visited comparison site, said sayonara to the cider and bye-bye to beer in August 2018, as he embarked on a 500-day journey stone-cold sober and found it allowed him to achieve “hyper-success”.

Revealing his findings to News.com.au, not only did Fred live life hangover-free, allowing him to carry out 10km runs the day after work events (some feat when you consider you can barely walk 10 yards the day after the work Christmas party), it also caused him to realise that he didn’t need to have a drink in social situations.

Success is when you are prepared to go further than anyone else is. Don’t give up even when it gets hard. This is when growth happens. #growth #ceo #growyourbusiness #motivation #inspire #impact #changetheworld #entrepreneur #experience #teach #finder #lifeofceo #cofounder #awareness #openchats #startup

Social anxiety is something a lot of us can likely relate to. When you find yourself in a crowd alone, or turning up to a party but you don’t know anyone there, you most likely head to the bar to get yourself a drink and calm your nerves. Perfectly normal behaviour, although you’re far less likely to attract attention sipping on a gin & tonic than if were to neck several tequila shots in quick succession.

Fred noted that he often found himself becoming overwhelmed not only in these situations but in intensely stimulating environments too, such as Times Square in New York.

“I used to use alcohol to feel less uncomfortable”, he recounts.

However, during his sobriety, he once again found himself at a number of social events. “Being sober taught me that I didn’t need a drink to be comfortable in social situations. It made me more present and aware of those around me and able to better engage with people.”

Ed Latimore, a former heavyweight boxer who recently documented his observations from giving up booze for five years, found similar effects when placed in social situations. He says that while it’s common for us to want some “liquid courage”, it can actually have the opposite effect, “When I would talk to people while drinking, it was difficult to remember what was being said, to stay focused on the stories being told, or to read body language and tonality.”

“For every person who said I was fun while drinking, there are at least a dozen who have less impressive memories of me while drunk.”

Fred also found that saying no to ‘just a quick one down the pub’ resulted in him feeling much better emotionally. “After drinking alcohol I always felt a low, or a bit imbalanced, and I would take time to reset and get back to a normal state”, he says,

“Since being sober, I’ve been able to eliminate this emotional turbulence I used to feel. I can maintain a constant heightened level of mood and health, and I don’t get stuck in a cycle of needing to reset.”

I meant to get this tattoo a while ago. 12/23/13 was my first full day of sobriety. Now I'm over 5 years in. The tally marks represent the years in, and I'll add a new one every year. I never really thought I'd ever drink again, but this represents a commitment to the life of sobriety. I simply enjoy too many physical, mental, emotional, and financial advantages to ever imbibe again. The past 5 years have been the best in my life. Here's to the next 5 being even better and a life of never ending improvement.

Ed mirrors this too, “If I felt socially awkward somewhere, I drank to feel more comfortable. If I hit on a girl and got rejected, I drank. This is just how I dealt with negative emotions.”

“With alcohol no longer an option, I am forced to deal with all of these emotions — good and bad.”

Another factor Fred and Ed can both agree on, is that removing alcohol from their daily lives allowed them to focus on things that really mattered, such as learning new skills, spending time with people that mattered to them and achieving personal goals. Fred says, “If you want to achieve something, you need to remove things like alcohol that stop you from achieving it. It takes a lot of discipline, but once you master it, you will have greater clarity and more focus on your goals.”

Ed adds, “It doesn’t matter who you spend time with. What’s important is spending time with people who matter. I find that removing alcohol from my life has simultaneously removed some people while adding others.”

Not only can staying away from the good cupboard at home have positive effects on your internal self, but avoiding the high calorific intake alcohol brings with it can have drastic effects on your appearance too. Bored Panda has compiled a gallery of before and after photos, from people who recognised they had problems with drinking but decided to kick it in. The results speak for themselves.

Of course, we’re not saying you have to go cold turkey in order to live a better life (what we would do at music festivals, for example) but perhaps cutting down a few beers each week can have a #goodvibesonly effect.