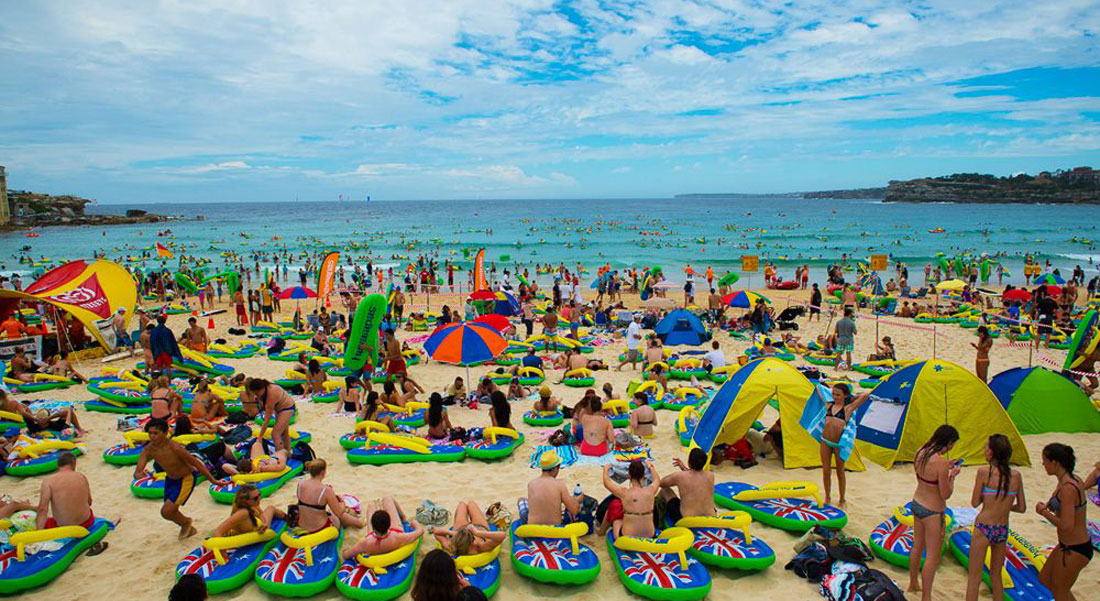 Though Australia is known as “young and free,” it turns out its government has been taking fashion shaming tips from China: in a move as sacrilegious as a deconstructed sausage sandwich, The Coalition has asked local councils to enforce a “smart casual” dress code at their Australia Day citizenship ceremonies.

As The Melville Times reported on Wednesday, “The clothing crackdown is part of the Government’s new Australian Citizenship Ceremonies Code, which forces councils to hold citizenship ceremonies on January 26 and enforce a dress code.”

While some Mayors and councils are upholding this federal move (Western Australia’s Melville being one of them), others – like one council in Sydney’s Inner West – have refused to impose the coalition’s dress code for Australia Day ceremonies.

As Guardian Australia reports, “At least one inner Sydney council says it will not be imposing the dress codes for citizenship ceremonies on Australia Day, while the peak body for local government in New South Wales has criticised them as needless red tape.”

wear a bikini or a ballgown. who cares other than an officious and out of date government https://t.co/AI3yRgD9lr

Darcy Byrne, the mayor of this area, says his council will not develop the dress code: “There are people recovering from losing everything, from losing family members in the bushfires, and this is what the Department of Home Affairs and Minister Coleman are saying needs to be prescribed urgently? It’s beyond a joke, it’s beyond belief,” he told Guardian Australia.

“This is an inane, undergraduate culture wars stunt from the government, and citizenship ceremonies should be above that.”

A Department of Home Affairs spokesperson said that while there was no specific code, councils must set standards that reflect the occasion’s significance, while also being reflective of their community and climate.

“Citizenship is the ultimate privilege a nation can bestow on someone who comes to Australia, and the requirement to introduce a dress code ensures we maintain and continue to recognise the significance and formality of a citizenship ceremony.”

The only problem? Smart casual attire, particularly on a public holiday, is about the most un-Austalian thing anyone can imagine. And so the move, though it was announced last year, is now – again – being mocked as Australia Day approaches.

Hello and welcome to our Australia Day Citizenship Ceremony please ensure you keep yourself nice unlike all the actual citizens. https://t.co/Bh9KDiS89n

From pointing out that very few citizens dress nice to events themselves, to emphasising the Aussie art of dressing down, the Twitterati have shown their displeasure.

Truly Canberra is out of touch when were thongs, stubbies and a Jackie Howe not an appropriate dress code for Australia Day.. https://t.co/6kvOvAEdpG

While Mayor Bryne is clearly capitalising politically too (in his response to the request), the point remains that a smart casual dress code for any Australia Day ceremony is faintly ridiculous.