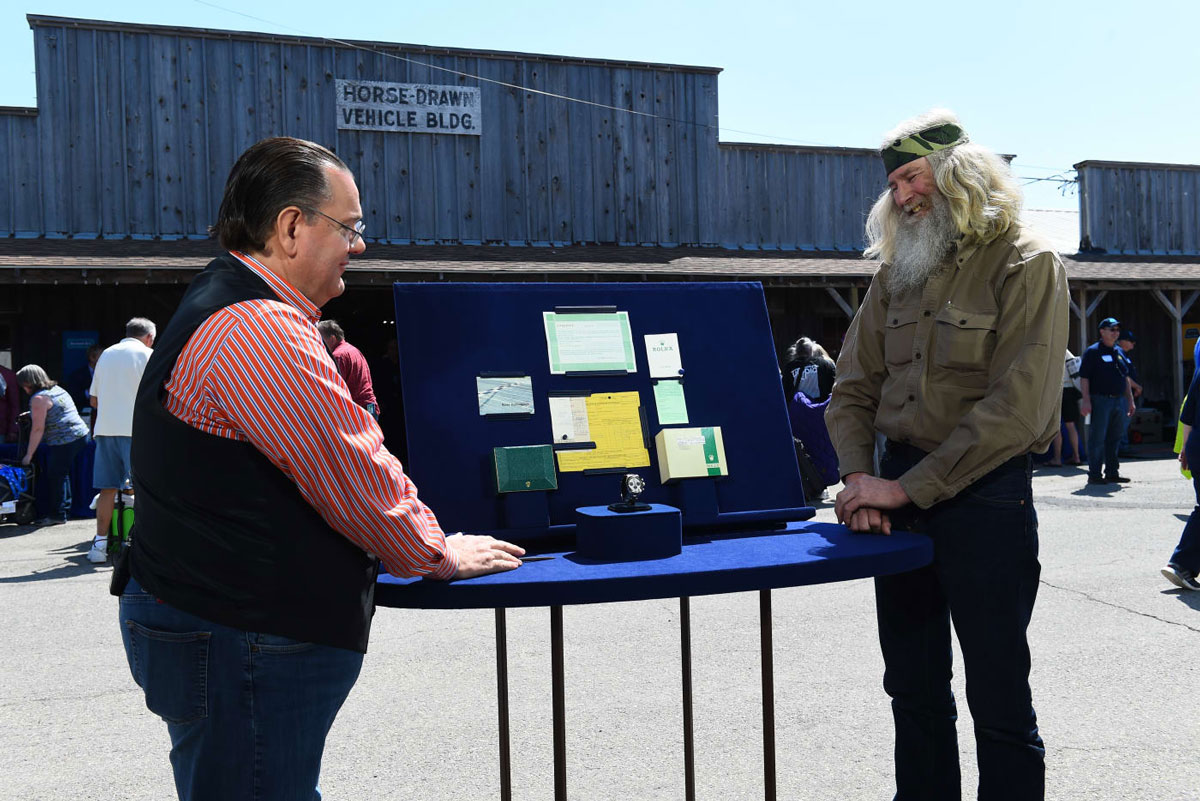 Have you ever bought anything that has increased exponentially in value? No? Well, perhaps it’s time to reconsider your spending habits… or live vicariously through Antiques Roadshow.

During a recent episode, a U.S Air Force veteran brought out a watch he purchased more than four decades ago. The watch – a 1971 Rolex Cosmograph Daytona Oyster – cost him $345.97 (nearly a month’s salary, for him, at the time) when he ordered it through the exchange store on the military base where he was staying in 1974.

While the watch was originally intended for scuba diving, after buying it, the veteran decided it was “too nice to take down in the salty water.’” As he told Peter Planes of Luxe Auctioneers, on the Antiques Roadshow episode, “I just kept it.”

He then put it in a safety deposit box where it sat – unworn – for years. And it could now be worth a jaw-wrenching sum: after being stationed in Thailand from 1973 to 1975, the veteran then returned home, keeping the watch in the box.

Fortunately for the resale value, the veteran also put the original case, as well as accompanying documents like the sales receipt, his warranty paper and the original brochure, in the safety deposit box.

“I only took it out like two or three times to look at it, and that was about the extent of it before I brought it here.”

He then, during the Antiques Roadshow episode, in Fargo, North Dakota last July, was told it had become especially valuable as these kinds of watches are highly sought after due to their association with the late actor Paul Newman, who wore a Rolex Daytona in the 1969 racing movie “Winning.”

This type of watch has now been dubbed the “Paul Newman” Daytona (as an aside, and as CNBC reported yesterday, in 2017, the Rolex Daytona that Newman wore and owned for years sold at auction for $17.8 million).

But back to the watch at hand: Planes told the veteran the types of watches Newman wore in the film typically sell at auction for up to $200,000. The veteran’s watch, however, is actually worth a lot more, as it is an “extremely rare” variety with screw-down buttons that make it more water-resistant than other types.

“You’ve gotta be kidding me,” the veteran said, falling to the floor in mock shock. But the big news was still to come.

Though other screw-down watches like this are worth around $400,000 at auction, the veteran’s is actually worth anywhere from $500,000 to $700,000, given the condition it is in and the abundance of documentation.

“This may be one of the very few in the whole world that was never worn.”

“It’s one of the rarest Paul Newman models,” Planes said, “In this condition I don’t think there’s a better one in the world. He then thanked the veteran for his service to his country, and for “bringing me one of the greatest watches” to ever appear on Antiques Roadshow.

As the top comment on the Youtube version of the episode puts it: “Someone’s retirement just got a lot more comfortable.”