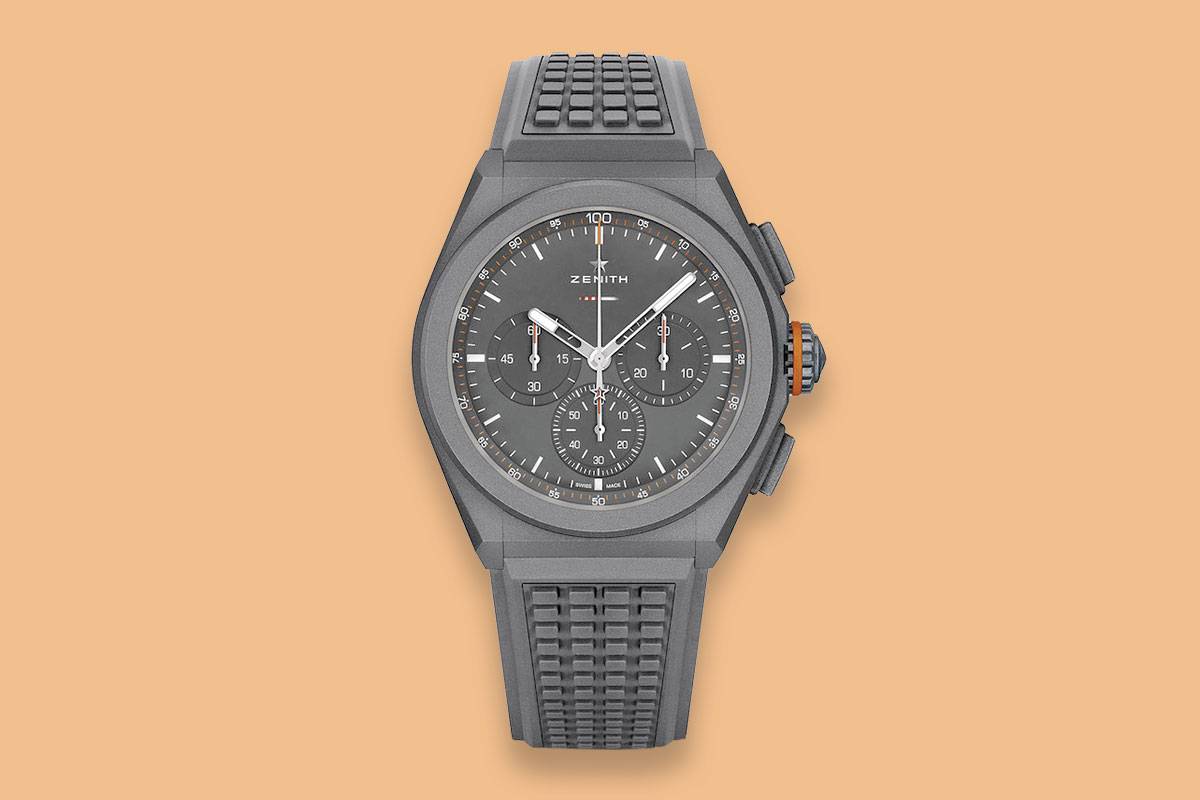 What do you get when a 4×4 car manufacturer and a luxury Swiss watchmaker have a baby? It’s not a stylish and worldly infant, but it is one hell of a Land Rover inspired watch.

But first: context. In late 2016 Land Rover ended production of the much-loved Defender, a car that had been in production since 1983 and somehow didn’t change throughout its 33-year lifespan. It’s strange that something can remain the same for 33 years yet still remain relevant and popular, but somehow the Defender did (much like – we’re predicting – the Zenith watch it recently inspired will too).

And it’s not like the Defender is anywhere near the ‘perfect car’. Exposed hinges and handles, boxy, almost thoughtless styling is what makes one up. They’re also a pain to drive, featuring manual transmissions and mostly small diesel engines, not to mention their lack of noise insulation. To make things even worse, they’re uncomfortable and the only ‘tech’ they have is air conditioning and electric windows, neither of which work very well. Oh, and they are also prone to rust.

So it’s strange to think that this innately flawed vehicle managed to stick around for so long and you probably won’t believe me when I tell you people absolutely adore these cars. In fact, there is currently a 2015 model listed for sale in Australia for $129,000, which could also get you a Porsche 718 Cayman. So what’s to love about this borderline defective beast?

The answer is simple: its character. Even though it might be uncomfortable to drive, it’s somehow enjoyable and lovable. Kind of like your 14-year-old labrador that constantly smells like a bad fart: its flaws make it special – and real. Its design, whilst simple and boxy, has become iconic and stylish in a society that is obsessed with being futuristic. The Defender went against the grain. It’s this that makes it special. To celebrate this lifetime of bucking the trend, Zenith has introduced a limited edition Defy, just for the Defender. 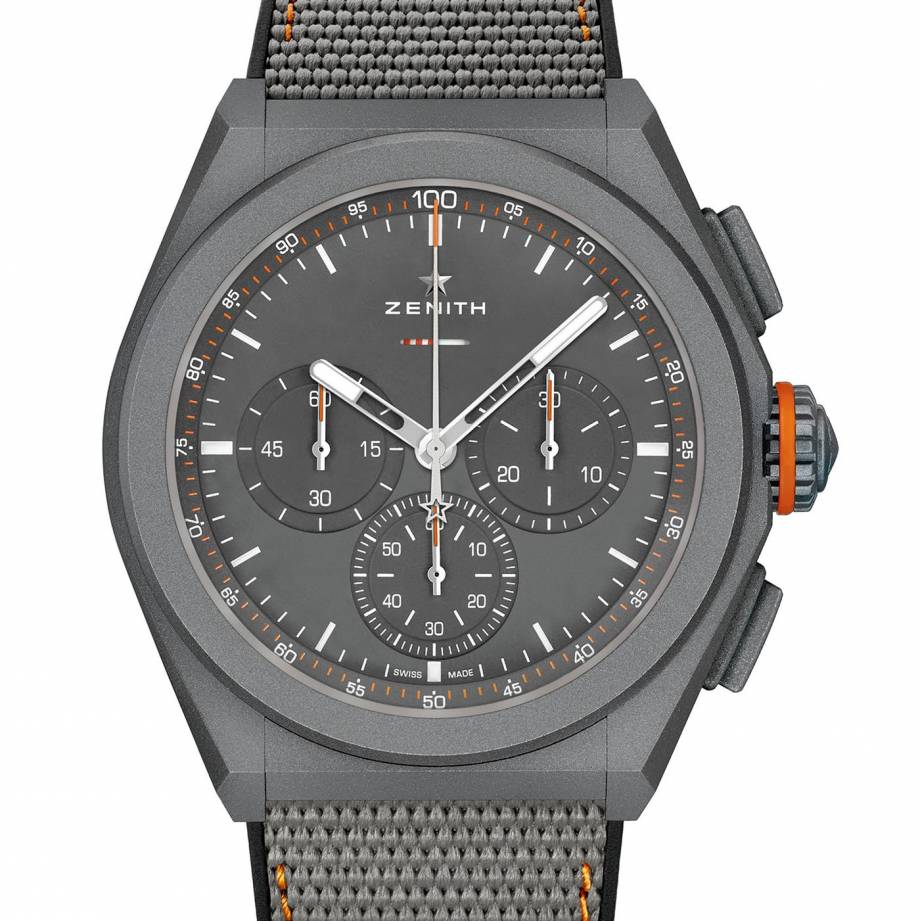 Featuring a full matt grey paint job with orange accents, this limited edition is a far cry from other Defys with no frills or ‘luxuriousness’ in sight. Instead, it focuses on function over form. Whilst not pretty, the orange and grey contrast makes the watch easy to read and the Superluminova makes it highly legible at night. Again the option of either a rubber or fabric makes it look less like jewellery and more like a proper tool. Not only does it look like a ‘tool’ the chronograph function means you can actually use it as one.

Much like the Defender, the Defy’s titanium case incorporates straight edges with curves to connect them here and there. I’d like to tell you this watch is a direct parallel to the Defender, but it isn’t. Whilst they’re both handsome, the Zenith isn’t prioritising function over form quite like the Defender does, nonetheless, it’s a gorgeous watch that really is a great addition to any collection. Although, limited to 250 units and priced at 13,900 CHF you’ll be hard-pressed to see, let alone buy one.

Whether you’re a part of the Defender’s cult following or simply a watch aficionado, this limited edition Defy is a great watch and worthy of your hard-earned pennies. Above all else, it’s unique, it’s like no other Zenith and doesn’t conform to the formula used to make most luxurious watches, making it a rather special watch indeed. More so that it’s styling or features, I think it’s this willingness to go against the grain that makes this Defy like the Defender, a trait I, for one, would like to see more of.