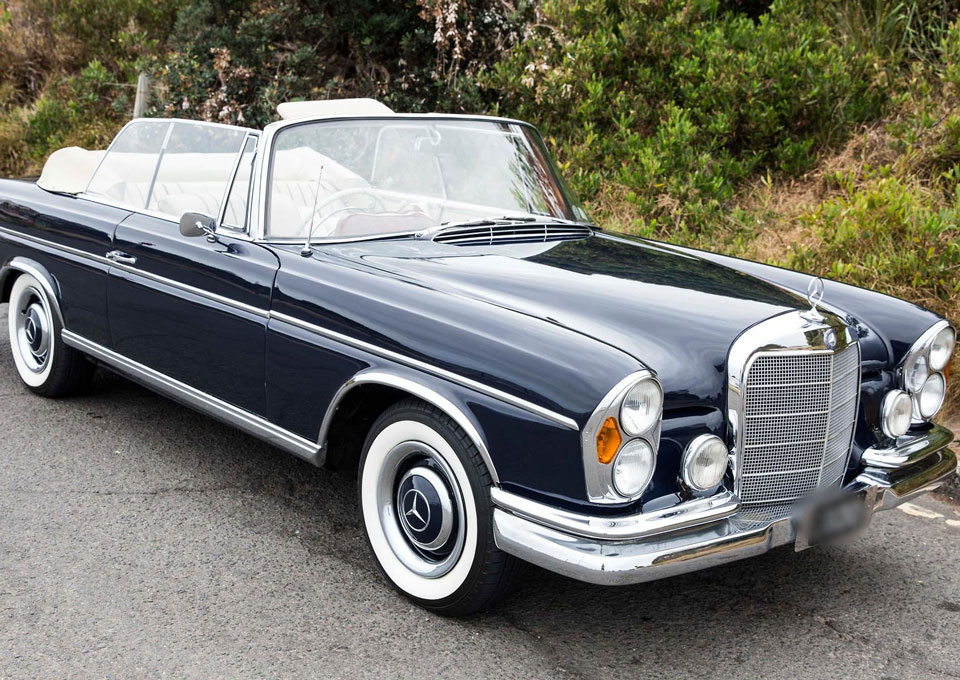 When you live in a beachside suburb, chances are you’re going to want a drop-top to cruise around in when the sun shines down and the temperature rises. Normally, we wouldn’t encourage the buying of a convertible, but if you live in a hipster-orientated suburb such as Bondi Beach, you’ve probably noticed a very fine German-made vintage convertible cruising about.

That’s exactly what you get from this 1964 Mercedes-Benz 300SE, which is available to buy on Carsales right now for A$430,000. We admit that kind of asking price will be out of the reach for many, but the lucky ones who can splash the cash will reap the rewards of being the coolest guy in town.

Something Gaddafi would have rolled to the club in #300se #googlepixel

The convertible variant of the 300SE was first introduced in 1962 and, as a result of Mercedes not producing any other cars of a more premium or luxurious nature at the time, was seen as one of the pinnacle vehicles to come from the German manufacturer. While the sedan models borrowed a similar Fintail bodywork from the W111 (the 300SE was known internally as the W112), the coupe and cabriolet versions went without them, and so were seen by many to be more desirable for a longer period of time.

This particular model for sale is a right-hand drive version, of which only 78 were ever produced, instantly making it highly collectable – and no doubt a factor in the pricing. This Mercedes was first registered in the UK, before being used as a diplomatic service vehicle in Australia, North and South America in 2004. It then underwent a restoration for which its then-owner, Walter Nieuwkoop, received a 40th Anniversary Trophy from Mercedes-Benz UK to recognise his work.

So not only are you getting one of the best cars to be seen cruising around in but a piece of history too. 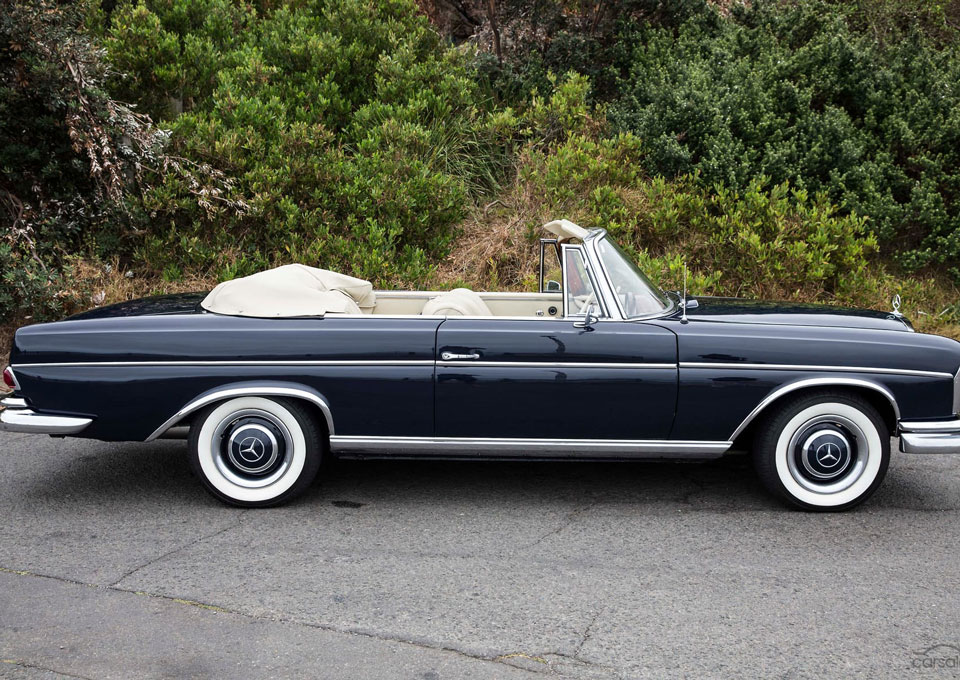 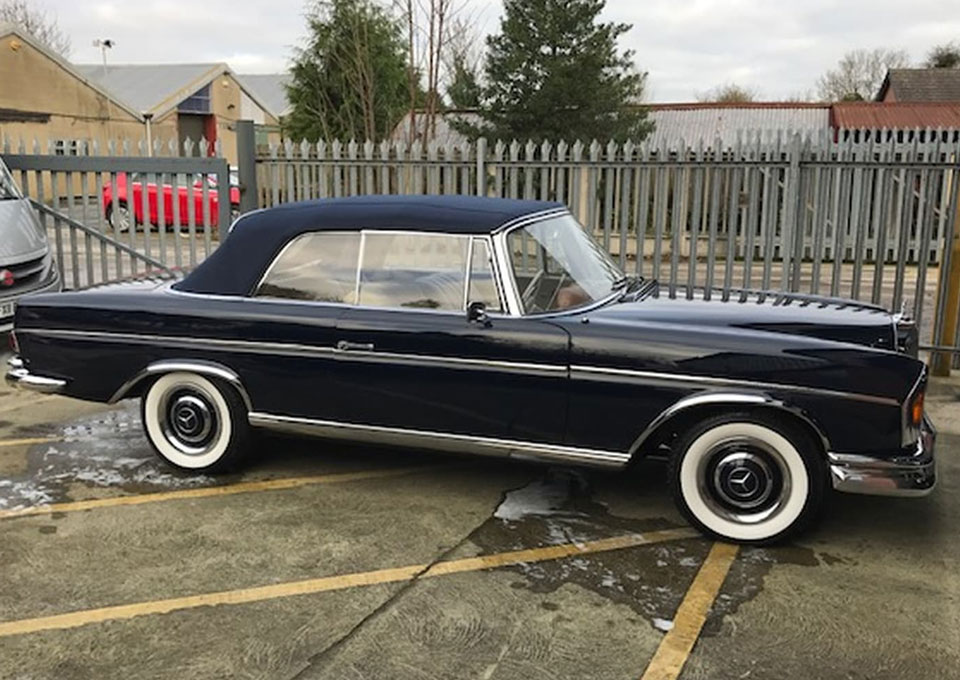 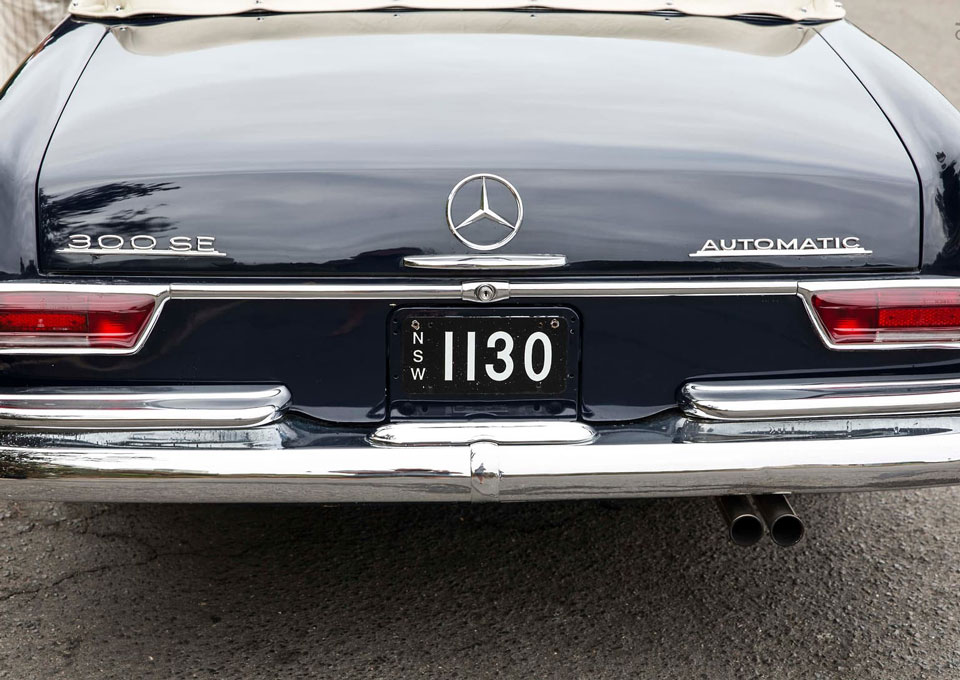 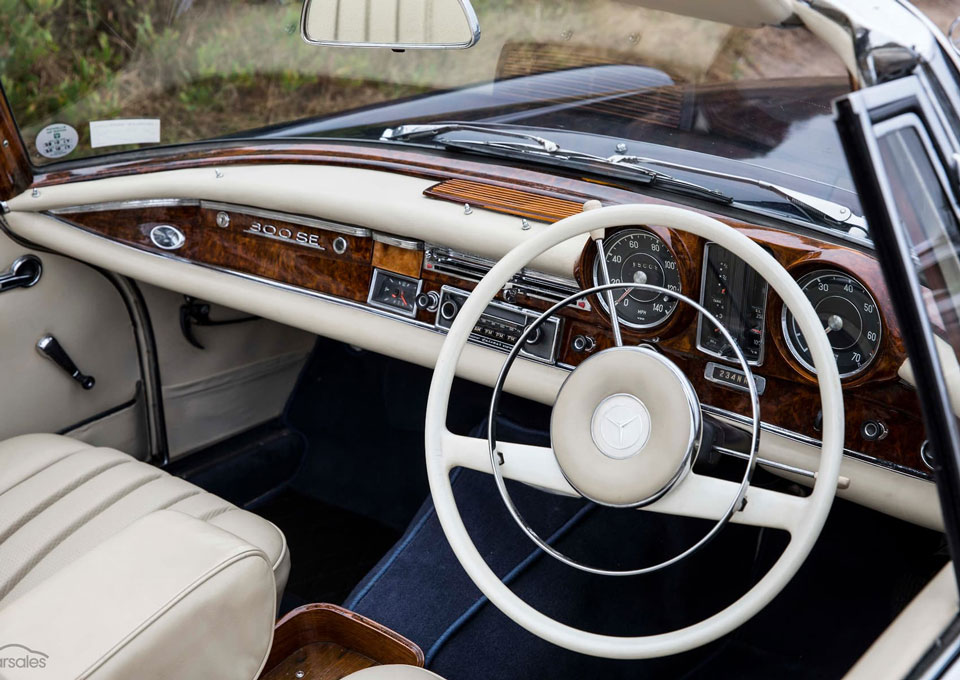