Business Class Etiquette Rules Economy Passengers Have No Idea About

Business Class is a jungle; here’s how to navigate it. 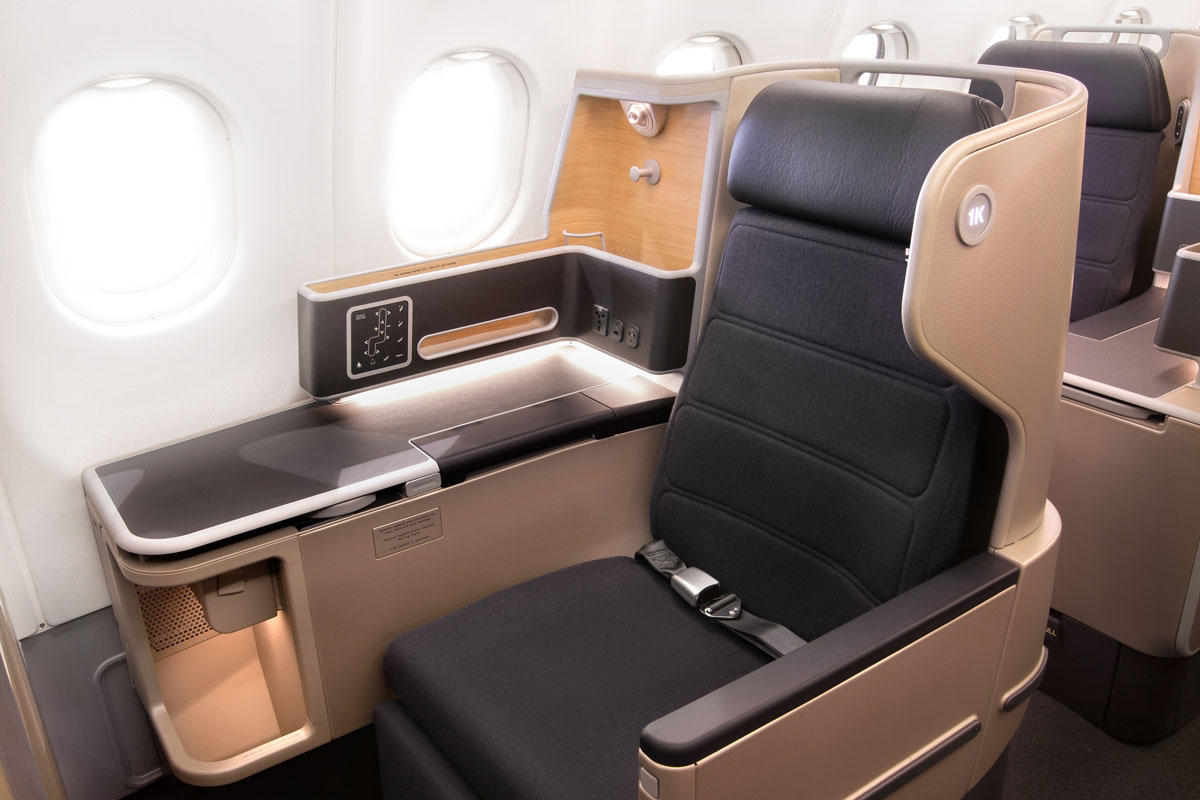 When the hardest decision you have to make is “Dom Perignon” or “Mumm” you could be forgiven for thinking business class is little more than an adult playpen.

And it is. But – much like your kids’ playground – it’s fraught with power plays invisible to the untrained eye.

From the businessman who expects special treatment from the hostesses to the couple trying to guilt-trip the guy that wouldn’t change seats for them, it’s a jungle up there.

And that’s before we mention the billionaire brats posing for their latest ‘Rich Kids Of Instagram’ post, the guy who demands his pillows be plumped (with good humour, damn it), or the recently upgraded economy passenger wondering if it’s ok to get changed in her suite or whether she should go to the bathroom.

Finally, there are those that break wind and then dare you to say something (see: The Day I Realised The Golden Age Of Business Class Was Over).

Suffice to say: for those of us who don’t fly business class all that often, there’s a fine line between putting up with the regulars’ antics (when we really shouldn’t be) and making a fool of ourselves by breaking an unwritten rule (or not dipping our toes in an unwritten indulgence) that we are unaware of.

To get the down-lown on the business class etiquette rules economy passengers have no idea about, we spoke to business (and first) class flyer, Immanuel Debeer, who is the owner of frequent flyer points advice website Flight Hacks.

Unfortunately, Immanuel told us it’s not just The Recently Upgraded who are confused: there are a number of unwritten rules regular business class passengers can’t agree on either.

“Dress up or dress down,” Immanuel told us. “Some people (wrongly) assume you should rock up to business class in a suit and tie. I’m more on team ‘wear whatever’s comfortable as long as I don’t have to see your bare feet.'”

There are some norms, however, that must be respected. For instance: “Socks on at all time, shoes on when you go to the bathroom (that liquid on the floor isn’t just a spillage of champagne – people in business still piss on the floor it turns out) and most importantly: do not place your feet on the TV, wall, or anywhere else you wouldn’t normally put them. Unless you’re wanting to be scouted by #passengershaming.”

“You might have paid for the seat, however; it doesn’t mean you can act like a pig.”

Further business class rules that economy passengers tend to forget (or be confused about), according to DMARGE are:

Immanuel then revealed to us that – in his early days as a business class passenger – he made an embarrassing mistake that wasn’t on our list: “One of my first ever business class flights was with British Airways. I thought their seat was fantastic at the time. Little did I know!”

While British Airways has now got its act together with the configuration of its new club suite, it’s still an important point: if you don’t want to stare awkwardly into someone’s eyes the entire flight (or you simply want to experience the best of the best), do your research.

On that front, we can help.