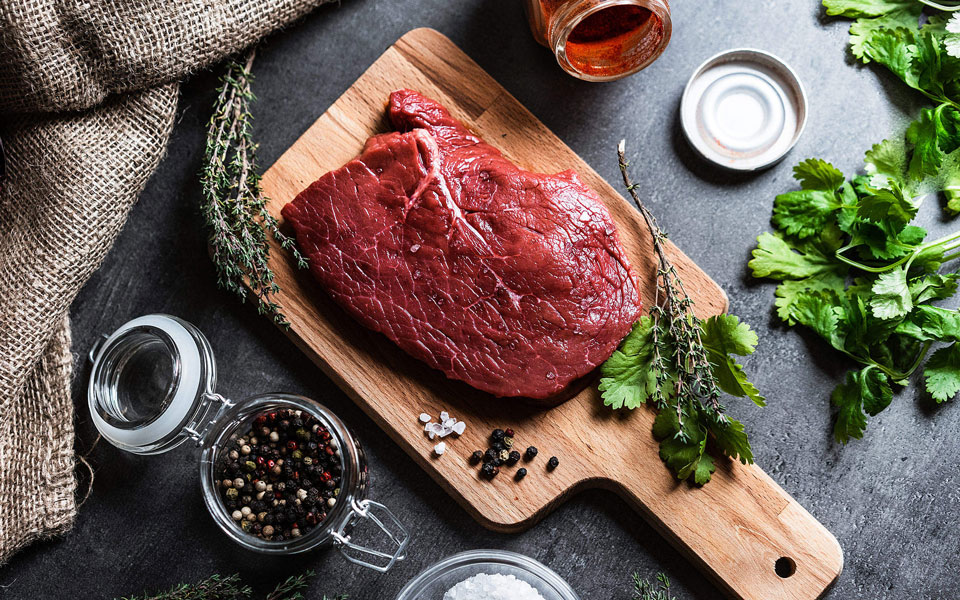 When you think about it we’re all dangerous animals. Trapped in cubicles, softened by sugar, pudgy by Pinot and dumbed by Netflix? Sure.

But underneath there’s a hairy old primate waiting to escape.

This is being rediscovered by men and women all over the world, inspired by fitness freaks like Joe Rogan (who is also a UFC commentator and host of one of the most popular podcasts of all time).

What are we on about? Let us turn to renowned podcaster Rogan, who has been experimenting with an all-meat diet since the start of 2020.

Carnivore diet update: lost 12 pounds, feel amazing. Lots of aches and pains went away, and I have improvements in my vitiligo. I’m impressed. I haven’t decided if I’m going to keep eating like this but this month was very beneficial. Edit: the explosive uber diarrhea stopped around 2 weeks in. It’s been totally normal last two weeks. Shout out to @whoop too for sponsoring the podcast and creating a dope fitness tracker!

First: some context. What the hell is an all-meat diet? Well, the clue’s in the name: it’s a carnivorous regime. An extreme version of the ketogenic diet, if you will.

On one side you have nutritionists who say the carnivore diet is micronutrient-suicide. On the other, you have those like Mikhaila Peterson who reckon going all meat is an energy-boosting depression-curing weight-loss program that can cure arthritis, anxiety and autoimmune diseases – and get you shredded while you’re at it.

Not for everyone, but for some people it works wonders, seems to be the general consensus.

All up, by stripping back to ‘animal foods’ such as meat, fish and eggs, there are numerous supposed health benefits (you are essentially removing all fodmaps – foods like lentils and fruits which many people find hard to digest). This, of course, comes at the cost of the nutrients that come with these foods.

As we reported earlier this month, the 52-year-old Joe Rogan looks sharp after giving the carnivore diet a month-long crack.

Along with losing 12 pounds, Rogan said: “I… gained a ton of energy… My energy levels were completely flat the whole month, no ups and downs from crashing after eating.”

However, alongside this (not to mention the diarrhea he experienced in the first couple of weeks), Rogan has also admitted the all-meat diet affected him mentally, making him more aggressive.

“This all-meat diet that I’ve been on, that changes your mind the other way – it makes you more aggressive,” Rogan recently told Rashad Evans, after the former UFC champ explained how a vegan diet has changed him.

Rogan then said he had “to workout extra to keep the demons at bay” – which Dexerto.com reports is logical, “considering that one of the side effects of the carnivore diet is that it is said to increase baseline testosterone levels significantly.”

Though this is anecdotal at best, placebo at worst, the fact remains that – as Rogan’s audience is predominantly men (many of whom respect his view more than the mainstream media) – we could well see a boost in popularity for the carnivore diet this year. Which could, in turn, lead to a general increase in those men’s aggressive tendencies.

While it’s a stretch to assume this will result in antisocial behaviour, if you are one of those dudes getting your steak on, just remember to keep the demons at bay in the gym, not by starting a biff down your local pub.

If that sounded patronising and unnecessary advice, instead check out out the long term health risks (and benefits) of the carnivore diet here.