Or: how an eight-second video proved why Australia is safer than America… 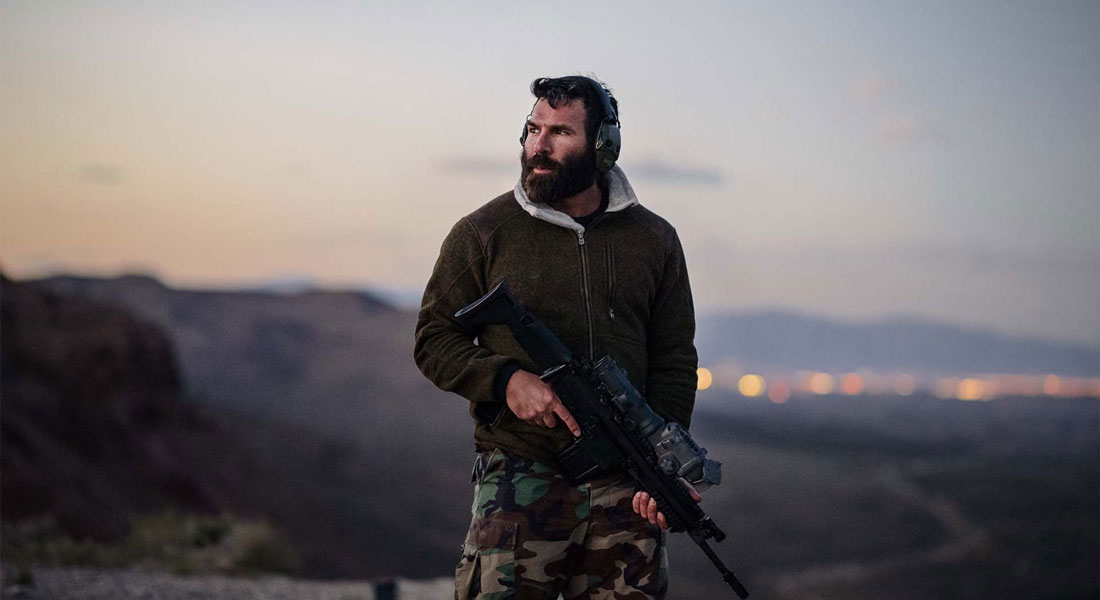 His five minutes of fame may be over, but Dan Bilzerian is still the king of extravagance. Yesterday the notorious gambler, would-be navy seal and Instagram poser (and, according to Wikipedia, ‘actor’) showed his 30.6 million followers a glimpse of his gun room.

Posting the clip to his Instagram story, from what appears to be his Bel Air mansion in Los Angeles, Dan proved why he is both so popular and so despised online, flaunting a gun collection that would put an evil dictator to shame.

Though Dan has attracted a lot of hate over his shallow attitude to life, it’s hard to deny he is a social media master, who knows how to get a reaction (and a following).

This is not the first time Bilzerian has shown off his guns either, with his weapons coming third in ‘post frequency’ only after his cash and the women with whom he surrounds himself.

This wannabe playboy lifestyle comes at a cost though, with numerous media reports suggesting he may be overcompensating at best, and an avatar of toxic masculinity at worst.

I Wanna wish my fellow veterans a happy #VeteransDay, respect to all of you for the sacrifices you’ve made, so others don’t have to. People ask a lot about my service, so for those that wanna know, I’m a 4 year Navy veteran. I spent a lot of that time going through BUD/S, I went through the entire program twice from start to finish and got admin dropped 2 days before graduation. That was a tough pill to swallow, I never really was good with authority, I pissed some people off, but at least in the end, they couldn’t make me quit. I made some good friends in the military, some I lost contact with, some are dead, but 2 of them are still my best friends 14 years later. I’ve fucked up many times in my life, but my regrets are not from the things that I failed at, but the things I didn’t try. People been telling me my whole life what to do, & I never really listened to any of them, think it turned out ok

Judging by his Instagram, he doesn’t care. He’s also started 2020 off quite busy, first by losing 1M $US betting against Connor McGregor, then by appearing to get engaged (we doubt this is anything more than rumour) and most recently (last week) by launching a Vodka brand.

In his downtime, we imagine he’ll continue posting thought-provoking, wholesome content as he has done for years. From guns…