Taking the chequered flag in the wristwatch race.

Formula One is one of the, if not the most glamorous sport on the planet. Royalty, billionaires, and beautiful people flock to every race throughout the season. The drivers are some of the highest-paid in world sports too, so when it comes to dressing themselves, they need not worry about the cost involved.

That’s certainly the stance Daniel Ricciardo has taken, as the Australian driver was spotted wearing a $300,000 solid gold Patek Philippe Nautilus during a recent appearance on The Daily Show on the 3rd of February, 2020. Sitting down to chat to host Trevor Noah about his involvement in the Netflix docu-series Formula 1: Drive to Survive, the ‘Honey Badger’ from Perth casually flashed the 18k gold timepiece to remind us all of just how pretty his bank account must be. 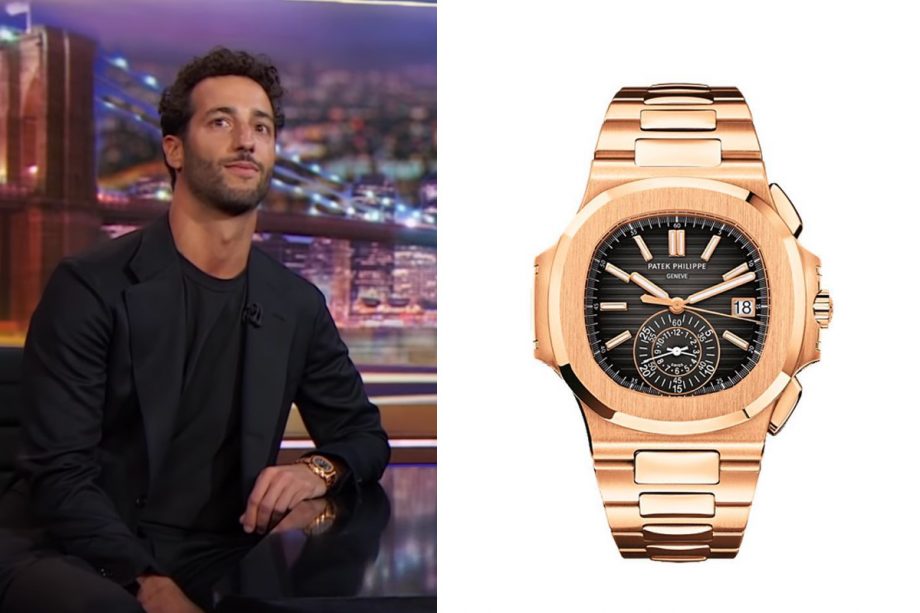 To give him his credit, he’s owned the rose gold watch in question for some time, having been spotted wearing it way back in 2017 as well, so at least he’s getting a return on his investment. He clearly doesn’t feel the need to compete with the likes of Floyd Mayweather, who seems to change his watch as often as his underwear. As it were, Mayweather owns his own gold Nautilus but being the showman that he is, has had his bedazzled with ruby inserts.

However, neither comes close to the value of the Patek Philippe Ref. 1518 perpetual calendar with chronograph, which, back in 2016 held the title of the world’s most expensive watch.

If Daniel has a successful season this year with his current Renault team, he may well decide to update his collection. Time will tell if Ricciardo makes another horological investment.