Goldenballs has once again earned his stripes.

For us, talking about David Beckham is starting to become as common as night and day. The man rarely puts a foot wrong when it comes to dressing himself – although we’re still not quite over his white socks/black shoe combo at London Fashion Week – and so regaling you with his latest style exploits can sometimes verge on tiresome.

But at the same time, when he looks as good as he does, we can’t not write down in words just how jealous in awe of him we are. His latest flex? The simple pinstripe suit. Although, when you’re a global sports star/model/businessman/doting dad, you’re going to wear the absolute s**t out of it. 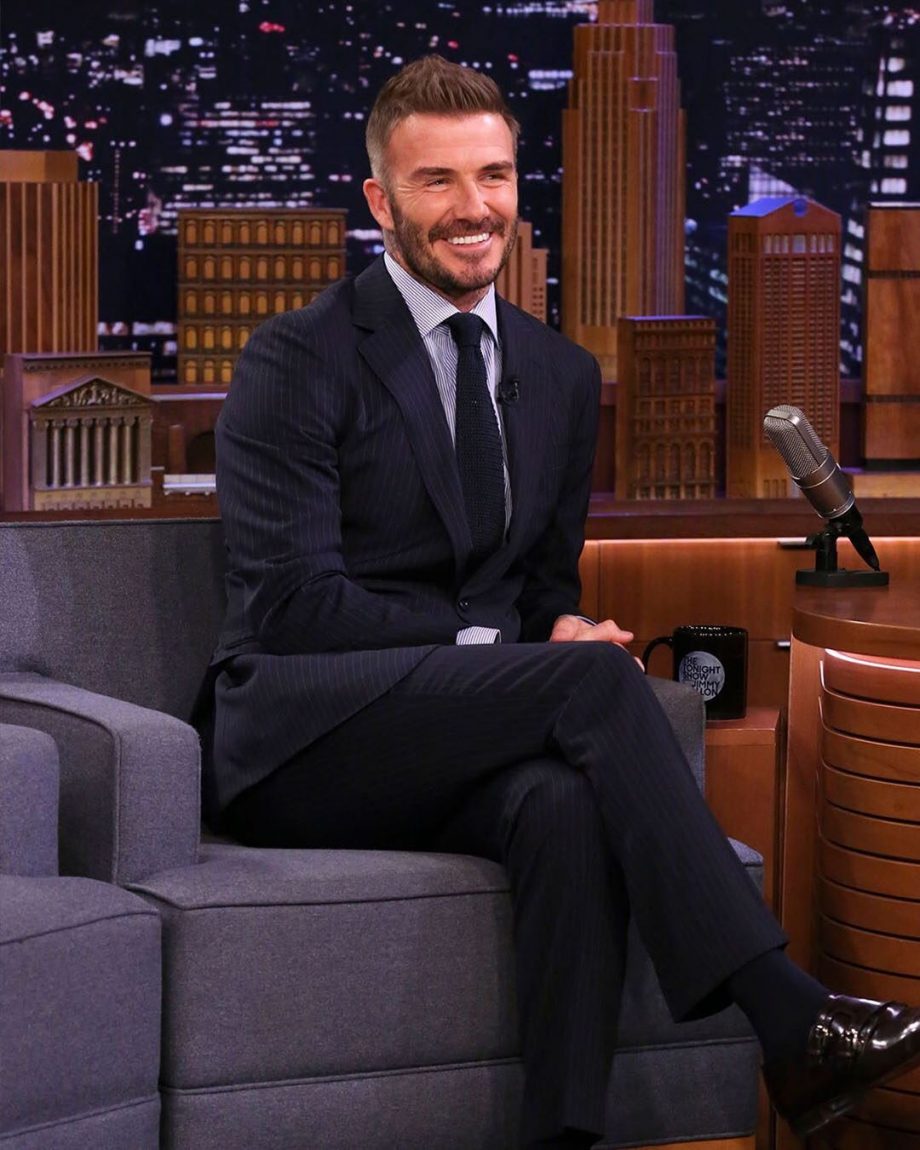 Making an appearance on The Tonight Show With Jimmy Fallon on February 26th 2020, Goldenballs donned a navy pinstripe two-piece, the fit of which couldn’t be more perfect – and one that completely upstaged the talk show host. He paired his sublime sartorial with a narrower pinstripe white and blue shirt and finished it off with a knitted navy blue tie.

So great to see you @jimmyfallon Thank you for having me

If ever you needed a model guide for how a suit should fit, look no further. David’s jacket sits at just the right length on his thigh, while it’s tailored fit hugs his body in all the right places, and the sleeves finish at the right point, showing a centimetre or two of the cuff of his shirt. As for footwear, Becks opted for a pair of black monk strap shoes and as far as his hair goes, David’s faux-hawk hairstyle is as on-trend as ever.

We can’t be sure of what brand David is wearing, but you can score this similar navy pinstripe two-piece from Todd Snyder for less than US$600, while his red-soled shoes would suggest they’re Louboutin, such as this Mortimer pair for $895.

David proving once again he can (largely) do no wrong.