The Beckhams are without doubt one of the most famous families on the planet. Both David and wife Victoria have highly successful careers and both are seen as fashion icons. ‘Golden balls’ rarely puts a foot wrong when it comes to style, and he makes regular appearances here at DMARGE as a result and this time, he’s even managed to upstage his wife at her own fashion show.

Sitting front row at wife Victoria’s London Fashion Week runway show on February 16th 2020, David could be seen with a Cheshire cat smile as he supported his better half, along with kids Romeo, Cruz and Harper. All four were impeccably dressed as expected, but its David’s watch that caught our eye in particular.

It’s a Tudor Black Bay P01 – David is an ambassador for the Swiss watchmaker – a watch released at Baselworld 2019 and one that can have its design traced back to the 1960s. Back then, Tudor made a prototype with an intricate locking bezel mechanism that was designed to prevent the bezel from being knocked out of place, and since Tudor made watches for the U.S. Navy, it was a very real possibility. Tudor’s design was patented by Rolex – its sister company – in 1968 and this modern-day interpretation features a ‘claw’ at 12 o’clock to secure the bezel in place. 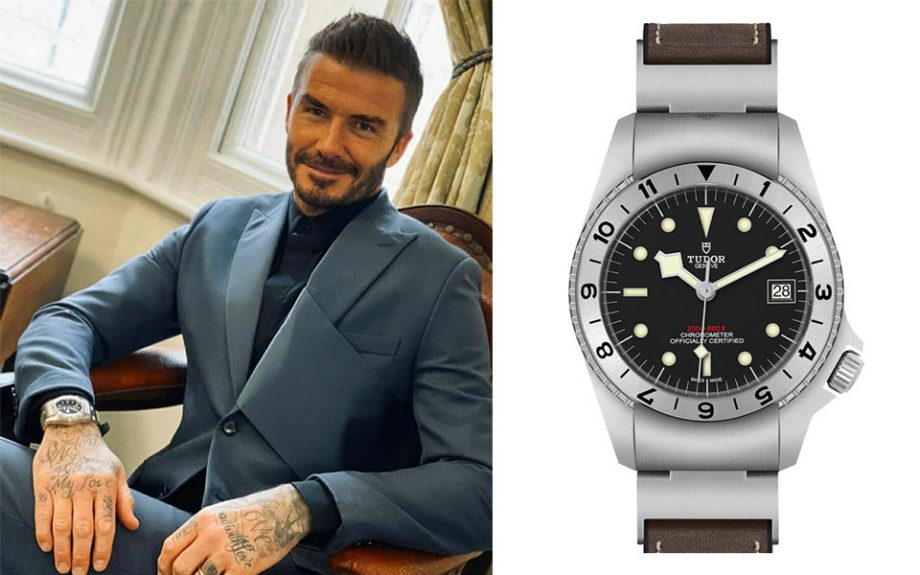 With the Black Bay P01, Becks proves he’s a man of the people, as you can get one yourself for A$5,450, making it more affordable than an ‘entry-level’ Rolex Oyster Perpetual.  As for clothing, all three Beckham boys were dressed in Dior, with dad David rocking a grey suit, while sons Romeo and Cruz went for more visually stimulating items, Cruz’s pre-fall 2020 sweater being a particular highlight.

Once again the Beckhams prove to be our style icons.