“You feel such a need to be served that you’re asking someone else to come over and lay out one single blanket.” 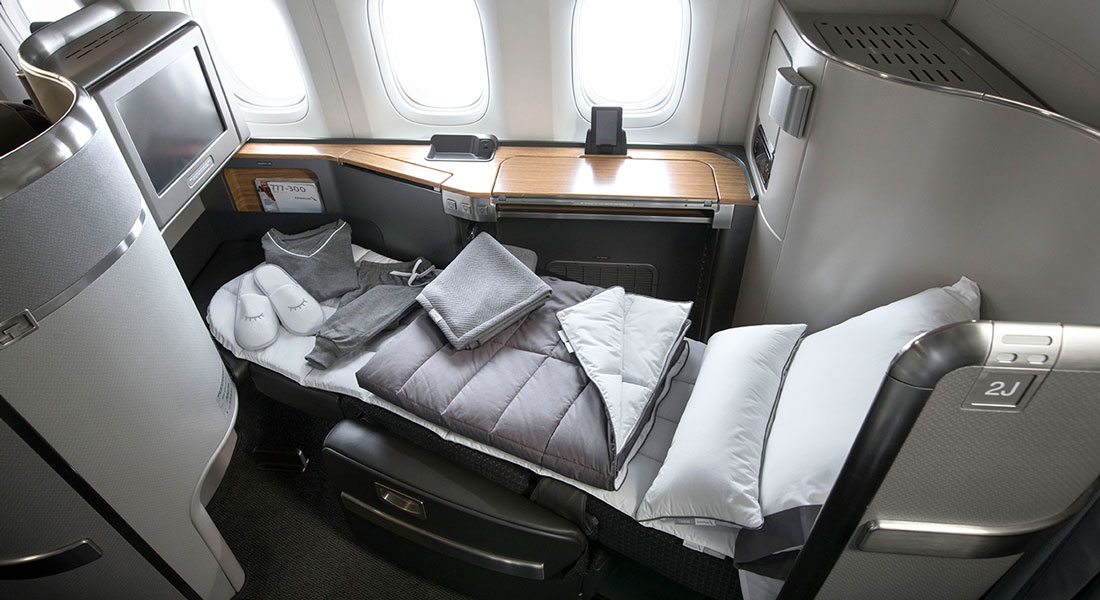 If flying Business is like slurping Vodka, flying First is like sipping a Martini: pretty much the same, just more pretentious.

Despite this, many first-class passengers lie (flat) under the illusion they are entitled to regal service. And when they don’t get it, they get shitty.

Much like the dude who quizzes the waiter on what their favourite is, and takes offence if they don’t get simpering smiles the rest of the night, there are some first-class passengers who don’t understand – no matter how much you’re paying – special treatment is earned, not bought.

That’s not to say you don’t have the right to expect friendly treatment. But special treatment comes from successfully building rapport. And if you don’t get it, it’s an indictment on your social skills rather than the airline.

While we don’t know if the business class flyer who tells the following story is one of those people, we do know his rant raises a few interesting questions around this topic. So: here goes. Here is how one frequent premium-class flyer drew the ire of an air hostess.

Taking to his website One Mile At A Time, aviation blogger Ben Schlappig recently complained about American Airlines’ “embarrassing” international first-class service: “I have low expectations when it comes to service on American, though I couldn’t believe how bad the service was in first class.”

“You have two flight attendants taking care of just eight people, and despite that, I’ve had better service in economy class.”

In the blog post, he calls out American Airlines’ cabin crew’s staff’s lack of: complete sentences, willingness to divulge their first names and manners, and abundance of impatience and guilt-tripping.

In response, a commenter who claims to be a flight attendant hit back at each claim in the comments, inspiring a follow-up article where Ben dealt with each of her excuses.

We’ll break it down part by part. First up: complete sentences. Ben claims, “I mentioned how I didn’t receive any sort of greeting, and my first interaction with a flight attendant was 10 minutes after boarding, when I got an ‘orange juice, water, or champagne.'”

However, according to the flight attendant in the comments, first-class passengers are their own worst enemies.

“I usually try to start with ‘would you like any-‘ but sometimes, when the passenger two rows away thinks his coat will catch fire if he has to wait for me to put down my tray, I’m in a rush.”

On this point, it seems Ben is right: airlines should be able to deal with a few bad apples and not let that spoil everyone else’s experience.

On to the next: not sharing first names, a topic which the flight attendant says is a security risk, and which Ben dismisses as ridiculous (he ironically calls it a “huge” security risk).

“For security reasons, a lot of FAs will never give out their name or the name of any other crew member,” the flight attendant wrote.

“Think that isn’t a security issue? I know at least two FAs who’ve had passengers show up at the door of their hotel rooms after conning the front desk into telling them the room number.”

Ben’s response: “I don’t for a moment deny there are creeps out there (though any hotel staff that gives away a room number based on a first name should be fired immediately), but if we have gotten to the point where sharing a first name is a security risk, why hasn’t the union demanded change from management? Flight attendants have badges with their names, so shouldn’t they not be wearing these?”

For us, there are two clashing points. One: you can’t force a connection with someone. And two: telling passengers your name is a fairly standard way of personalising the inflight experience (even in Business and Economy, let alone First).

As we weren’t there though, we can’t claim to know whether this was a case of a passenger wrongly assuming paying (or upgrading) to first-class meant the flight attendants were obliged to humour his ego (and thus tried to get too personal too quick) or whether it was simply a rude or overworked flight attendant.

Then came the third complaint: not being greeted by name. As Ben writes: “I didn’t even necessarily expect to be addressed by name, though I didn’t even get a ‘sir.’ Apparently addressing someone by name even once is completely impossible…”

To which the flight attendant responded: “Greeting you by name. I don’t. I’m not even going to apologize for it. I say Sir and Miss. Because I do several flights a week, usually in large cabins. Half the time people move without telling us so the manifest is wrong. I know for a FACT, I won’t remember your name the whole flight.”

“I have a lot of other things on my mind.”

On this one we have to side with Ben: not name-remembering is ok in Economy, borderline in Business and unacceptable in First.

Ben’s final complaint was about the rushed “turndown” service. To which the flight attendant responded: “I know that airlines offer it. I know we are expected to do it. And I will do my job if it is requested. But any person with fully functioning limbs who asks for a turndown service on a non-luxury airline is an ASSHOLE.”

“You feel such a need to be served that you’re asking someone else to come over and lay out one single blanket.” 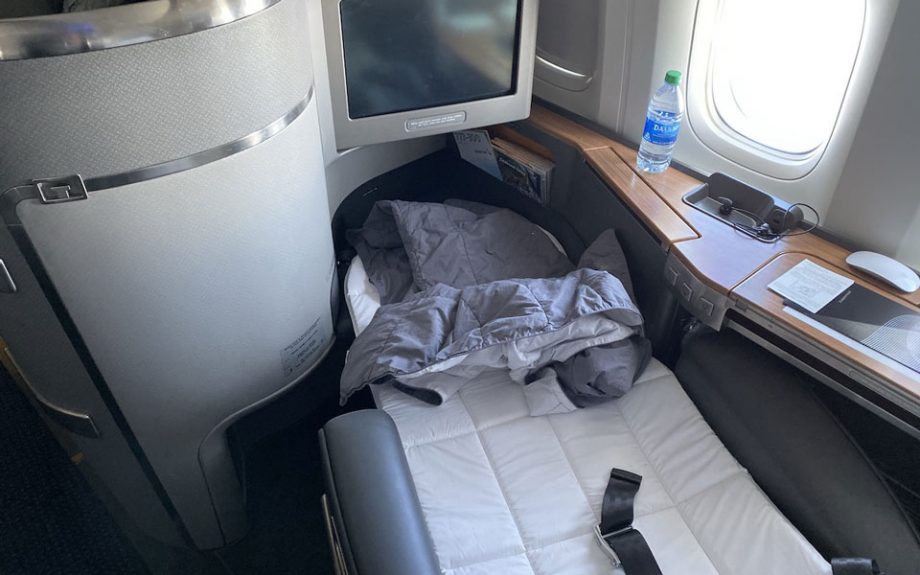 The horrors of an improperly “turned down” bed…

While we personally would be embarrassed to ask for a turndown service (even if it was advertised), we agree with Ben that it is a flight attendant’s job to navigate these requests (and clients) in a pleasant manner and to not take their frustration out on other passengers.

However, in this case, there is no mention of rudeness – only of the bed not being turned down to perfection. And really – considering you’re flying American Airlines – we’d say this is the weakest of Ben’s complaints. If you want top first-class service book a top-end airline.