Ever since going solo and releasing his own material, Harry Styles has also chosen to break away from the stereotypical boy band dress-code and become a fashion icon in his own right. The Sign Of The Times singer is regularly spotted wearing some daring and head-turning outfits, such as his funeral-inspired outfit he wore to the MET Gala in 2019.

However, his latest red carpet look proves once again gender stereotypes are now made to be broken, as he was seen wearing a pair of schoolgirl shoes at the Brit Awards in London, England on February the 18th 2020. Officially called Mary Jane after the character ‘Mary Jane’ who first appeared in the Buster Brown comic strip, which itself first featured in The New York Herald in 1902, the singer’s footwear has traditionally been made for women. Young schoolgirls, in particular, have championed the shoe, although it appears Styles is now aiming to buck that trend – it’s believed he’s the first famous male face to rock the footwear. 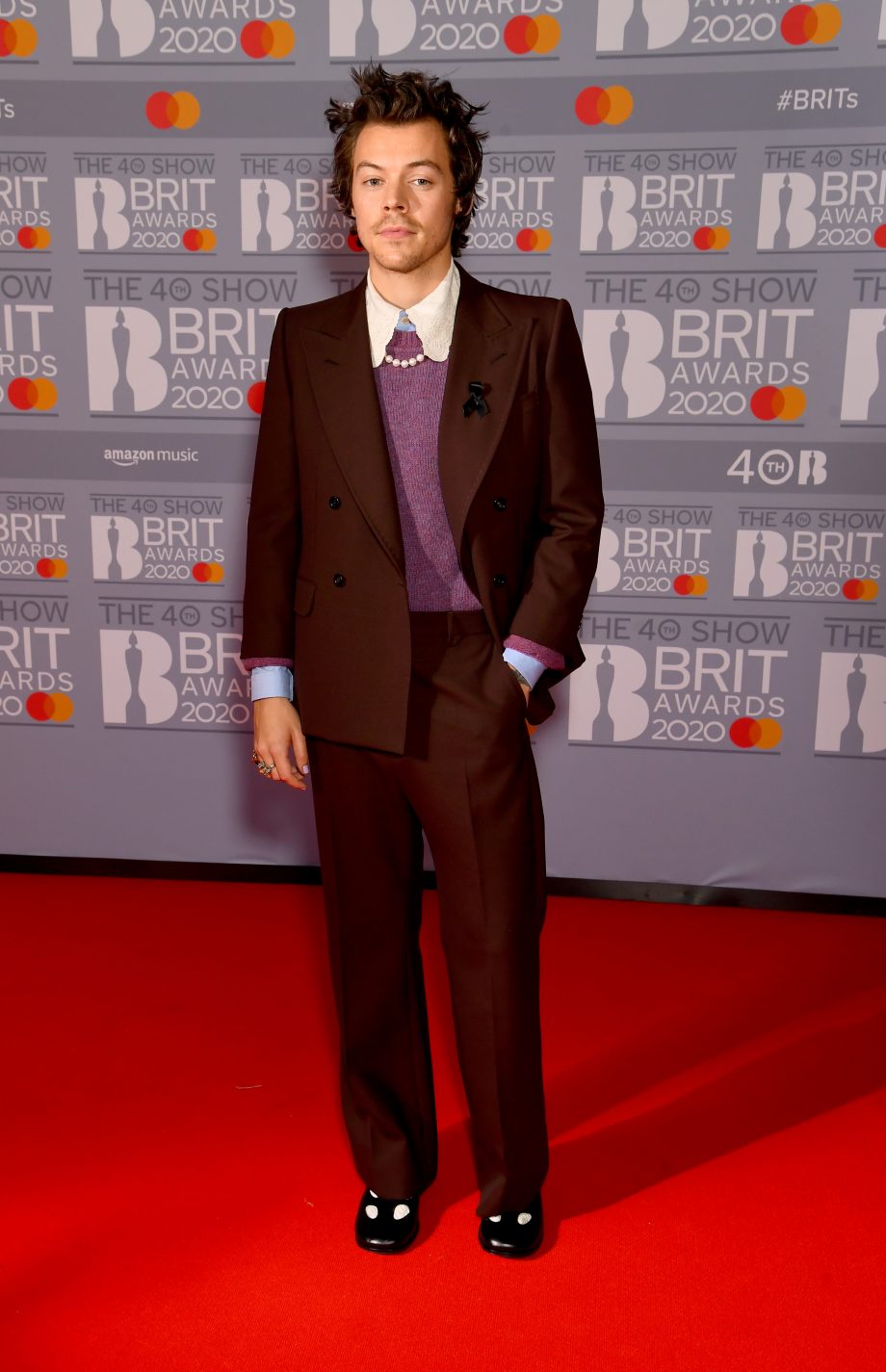 His entire Brit Awards red carpet look was styled by Gucci creative director Alessandro Michele, who debuted the Mary Jane shoe during his men’s Fall 2020 show in Milan. He once again dressed Harry for his Brit Awards arrival, putting him in a chocolate brown double-breasted suit from the upcoming fall/winter 2020 collection, paired with a lavender sweater and light blue shirt with lace collar. Styles made the look something only he could really pull off by adding a pearl necklace and a multitude of rings.

It’s another bold look for the man from Worcestershire, England, although perhaps a little less daring than some of his previous outings. He did, however, make two more outfit changes at the Brit Awards, and headed to the official afterparty in a bright yellow Marc Jacobs three-piece suit, which is from the designer’s womenswear collection and has already been worn by Lady Gaga on the cover of Elle’s December 2019 issue.

With his latest album Fine Line releasing at the end of 2019, and a full tour planned for 2020, we won’t be surprised if we see Harry debut many more genderless outfits.