Keeping it in the LVMH family

When celebrities do dumb shit that involves showing off their immense wealth, we can forgive it. They’ve worked for their money, they’re in the public eye and with the celeb-sphere moving so quickly, we would’ve forgotten their f**k-ups by the following week.

What we hate, is when the obscenely wealthy kids of Instagram prove just how much of a wanker they are by acting as if something that costs thousands of dollars, is pocket change. Case in point is Adam Nile, a self-proclaimed rich kid of Instagram who’s amassed himself a modest following of 17,000 followers – although we’d wager that some of those are paid for.

Washing my sins away.

Adam’s profile has all the hallmarks of a kid who walks around with daddy’s credit card, with watches, exotic cars, plenty of black and gold clothing, and constant partying. His latest post has to be one of the most idiotic and wankery things we’ve ever seen though: pouring a bottle of Dom Perignon – the champagne of choice for many a money flaunter – on his Hublot watch. Oh, and of course the DP in question has a luminescent label. 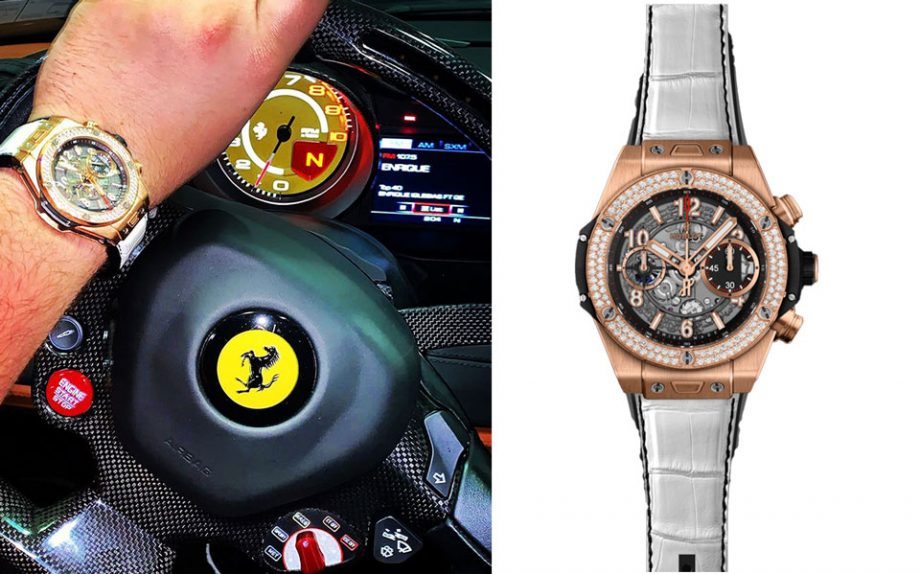 Specifically, Adam’s waterboarding victim is the Big Bang Unico King Gold Diamonds with white alligator leather strap; a 42mm timepiece with no less than 126 diamonds embedded in the 18K gold bezel, and a US$40,900 price tag. Fortunately, it’s water-resistant to 100 metres so would have survived the attack.

Adam’s antics received a mixed response, with plenty of fire emojis praising his efforts, while some others claimed it to be a “weird flex” and that he would “regret it in the morning”. Considering the cash he flashes, we doubt Adam’s going to think twice when he wakes up.

But before you think this is just a one-off piece of douchebag behaviour, let us inform you it’s not the first time Adam has decided to give his watch a bath, as he’s posted several repeat offences on his page. He also revealed the other watch in his collection, a Rolex Submariner Date in white gold with blue dial and a US$30,900 price tag, which at the moment, hasn’t been subjected to similar torture as his Hublot.

Yes, there’s a slight case of envy from us, we’d love to be able to own watches like Adam, but if we were to wear them out to a club, we’d treat it to a nice steak dinner and a couple of glasses of bubbles rather than a full soaking.