He’s got his sexy back.

When it comes to streetwear, nothing gets hypebeasts more jumped up than limited-edition collaborations. Whether the design is good or not, if it’s available for a short time or in limited quantities, they’ve got to have it. The latest collab to turn the hypebeast world upside down has appeared on the feet of Justin Timberlake.

Spotted leaving the BBC Radio 1 studios in London, England on February 13th, 2020 after promoting his upcoming movie Trolls 2, Justin could be seen wearing a pair of limited-edition Don C x Nike Air Force One sneakers in ‘AMEX Blue’ with red accents, to reflect the flag of Chicago (they certainly give David Beckham a run for his money). He teams them with light-wash denim jeans, a navy bomber jacket and a complementary printed shirt. 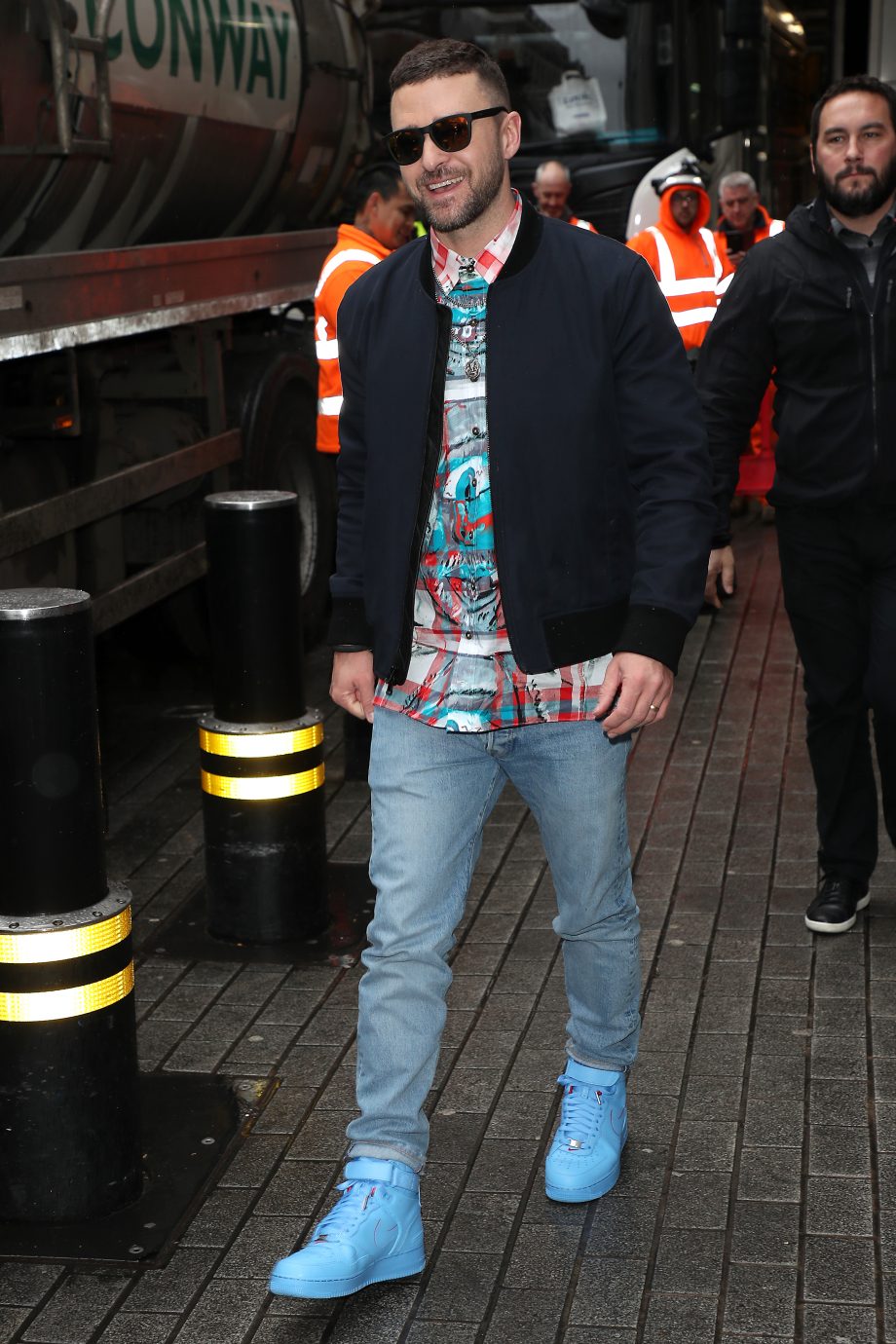 The sneakers are the focal point though, and are a result of a collaboration between Don C and American Express, in support of the annual NBA All-Star 2020 exhibition game, which is set to take place on February 16th at the United Center in Chicago, Illinois. Don C’s wife announced the sneakers back in January, confirming their launch date.

The interesting thing to note about these AF1s, is that they have already been released online, exclusively for American Express card members to purchase first, for $200. It may not come as a shock to learn they’ve already sold out. They’re set to go on general sale on February the 15th (though still in limited quantities) however, but those who already snapped up a pair have (unsurprisingly) listed them on StockX for upwards of US$600. Considering Justin was wearing them the same day they went on sale, it’s likely he got them ahead of time. Clearly it pays to have famous connections.

To celebrate the NBA All-Star Weekend, we teamed up with one of the most notorious names in the game —premium sportswear brand Just Don —to create a special ‘90s-inspired collection. Available for purchase exclusively on the Levi's® app and justdon.com. Download it today. Link in bio.

Why are the sneakers so popular? The answer is Don C. He’s a streetwear designer from Chicago, hence the tie-in, and was previously Kanye West’s manager and his best man when the rapper got hitched to Kim Kardashian. His Just Don label – which has famous customers such as Jay Z – has been going since 2011 and is heavily inspired by the NBA. The streetwear designer has also teamed up with Levi’s to produce a 90’s-inspired collection, in honour of the All-Star 2020 game.