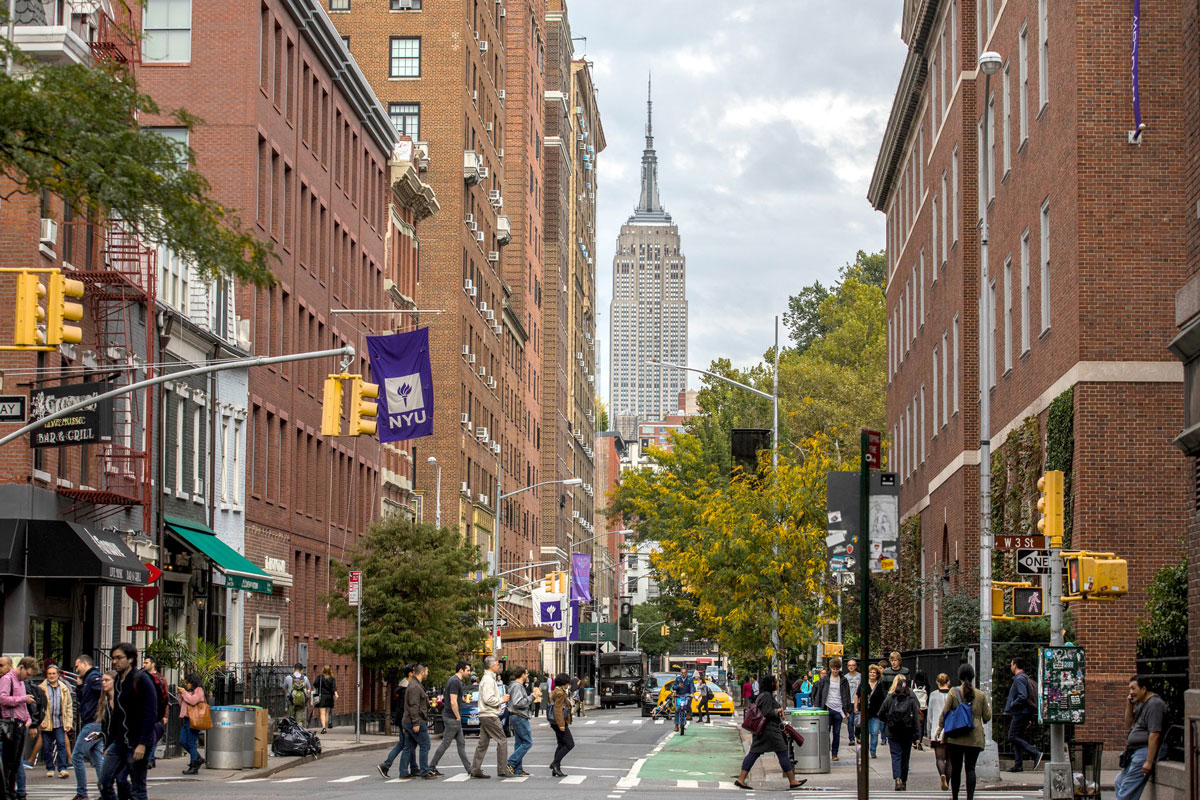 Think you know your dogs from dawgs? You may just fit in with New York locals.

Head to any major city in the world and you’ll be greeted with a barrage of different accents and dialects. But buried within the large demographic are certain words and phrases specific to that city, that will have you scratching your head with bemusement should you be greeted with any.

New York City is the most densely populated city in the United States, with nearly 8.5 million residents, and around a third of those being born outside of the US. It comes to pass then, that the city has given birth to its own language, that only true locals understand.

If you’re planning a trip to The Empire State, you’ll want to brush up on your lingo before you travel. Fortunately, Adam Sandler and Idina Menzel are on hand to do just that, as the Hollywood stars were both born there – Adam in Brooklyn and Idina in Manhattan – so are well-versed in the local slang. The two currently star in the well-rated Netflix movie Uncut Gems, which takes places in New York’s Diamond District. If you’ve seen it, you’ll know there’s plenty of slang bounded around in virtually every scene.

Appearing in a video for Vanity Fair, the two are presented with slang terms and asked to define them, to make it easier for us non-native-speakers to understand. Pay attention and you’ll be able to kick it with the locals in no time.

A convenience/grocery store. Stems from the Spanish word meaning cellar. Introduced to New York by the Hispanic communities that arrived in the 1940s and ’50s.

A word derived from the German language to mean spread, although in American English, it refers more specifically to cheese or cream cheese.

A ‘Bridge & Tunnel’ person is anyone who has to commute into the city from outside the main Manhatten area.

Bedford-Stuyvesant. A neighbourhood in Brooklyn.

Greenwich Village. A neighbourhood on the west side of Manhatten.

Any area below 14th Street.

South of Houston Street. SoHo has become an area populated by hipsters, due to its loft-style apartments, boutique stores, and its historic cast-iron architecture.

A Yiddish phrase to mean a sauna or steam bath.

Another phrase from the Yiddish language, meaning ‘Oh God!’.

Literally means two or more people you’re talking to. ‘Hey yooz!’. Other cities have variations, but none are quite as harsh at the New York ‘Z’.

Could mean the City, or could refer to Gotham Bar & Grill restaurant.

A way to greet someone, ‘what’s up B?’. We’re not sure why B was chosen out of the 26 letter alphabet.