The Australian Biotechnology Companies Trying To Make Money From Coronavirus 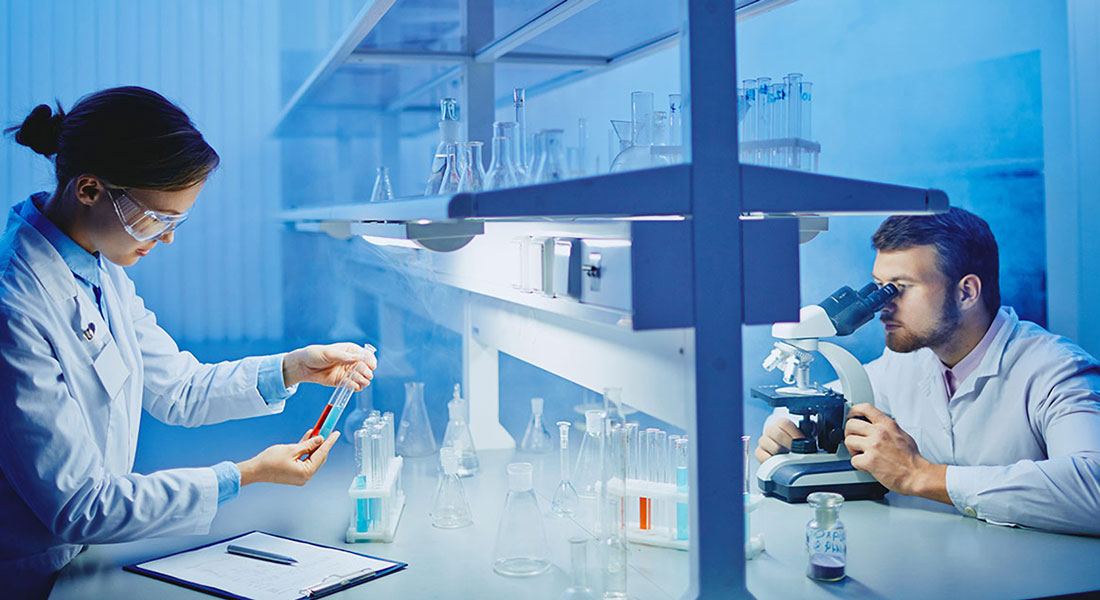 As with the early medical cannabis plays, a cluster of ASX-listed stocks has wasted little time attaching itself to the ‘c’ word. We’re talking of course about the coronavirus COVID-19 but sadly not another ‘c’ word: cure.

Okay, a circa 7 per cent mortality rate — or even a 1 or 2 per cent rate — is nothing to sneeze at, so to speak. But we do wish breathless TV reporters would cease referring to it as the “deadly” virus, but that would be like asking them to stop referring to a “horror smash” rather than a sad everyday road accident.

While we’re on it, we also implore folk to stop hoarding toilet paper: after all, it’s the coronavirus, not the Caroma-virus.

The virus may indeed fizzle out, as the earlier SARS plague did.

But for the time being, we need the best and brightest minds in the labs to come up with a treatment or — more likely — a vaccine.

There are some promising developments overseas, which your columnist will return to if he hasn’t succumbed as well (he did shake hands with someone who went to a Chinese restaurant a couple of weeks back).

Among the local biotechs — and we use the term loosely — there’s been no lack of endeavour in linking their efforts to the virus.

But to be fair, in some cases investors did it for them.

Take Biotron (ASX:BIT), which was an obvious subject of attention given the company is focused on developing antiviral drugs for HIV and hepatitis.

Biotron also has a program for pan respiratory viruses and mentioned “corona” in a June 2019 presentation. Some punters latched on to the fact that it wasn’t referring to a 1970s Toyota or Mexican beer and the Hot Copper pundits were off and running.

Yes, she says, the company has some “good advanced compounds” to work on, but the reality is that there’s nothing that would be ready to fight the current outbreak.

Dr Miller says while the company’s work on pan respiratory viruses continues, there’s not much to add at this stage.

Uscom (ASX:UCM) shares went on a run after the company reported increased orders for its haemodynamic monitoring devices in China.

The Uscom 1A device is a non-invasive diagnostic that monitors cardiovascular functions, using Doppler ultrasound to detect abnormalities.

Chinese health authorities have recommended Uscom 1A as a monitoring device for severe coronavirus cases, while international guidelines also suggest using the device for paediatric sepsis.

Uscom chief Professor Rob Phillips says the company is “well positioned” with the virus, but notes that Uscom is not a coronavirus story as such: fatalities from cardiovascular pulmonary failure result from conditions such as pneumonia.

Happily for Uscom, the outbreak comes as the company hones-in on the Chinese market with a new direct sales model.

Genetic Signatures’ (ASX:GSS) Easyscreen tests cover ‘pan coronaviruses’, which until now has not been able to distinguish COVID-19 from, say, SARS.

But that’s all changed, with the company introducing a supplementary test that does just that. Management is fast-tracking a validation program “to obtain the data required for international regulatory approvals as rapidly as possible”.

However, Genetic Signatures can’t be accused of beating up its prospects: management says while the bug presents “significant opportunities, the outcome of the emerging pandemic is uncertain”.

While the early-stage coronavirus is detected by a blood test, chest x-rays are then used to gauge the severity of the illness and assess fluid in the lungs.

Micro-X (ASX:MX1) is all about developing lightweight and portable x-ray machines for medical applications, as well as other purposes such as defence and airports.

The company’s first product, Carestream DRX Revolution Nano is approved in the US and Europe.

In mid-February the company said it had procured orders for $780,000 of machines from governments of two Asian countries, in response to the coronavirus threat. This week, another $1m of orders, all marked ‘for urgent delivery’, flooded in.

“While these are terrible circumstances with the coronavirus spreading so quickly, we are pleased that our equipment will soon be able to assist medical teams with their responses in affected countries,” Micro-X CEO Peter Rowland says.

Why waste a crisis? No fewer than four ASX stocks are capitalising on demand for hand and surface sanitisers to halt the bug in the first place.

Zoono is selling into China via a tie up with Eagle Health (ASX:EHH), which manufactures and distributes product into 26 provinces.

For those remaining 0.001 percent, bad luck — and don’t buy a lottery ticket.

Interestingly, that announcement did not refer specifically to the coronavirus. But earlier, Aeris announced the Singapore National Environment Agency had listed Aeris Active as one of the “general disinfectants” effective against the virus.

Meanwhile, fruit juice maker Food Revolution Group (ASX:FOD) has turned from filling its bottles with squeezed oranges to stuffing them with alcohol-based hand sanitiser under the Sanicare brand.

Who would have thought? The swift repositioning results from a 1,260sqm upgrade at the company’s plant at Mill Park in outer Melbourne, which enables all sorts of gels, powders, oils and cosmetics to be bottled.

Mainstream sanitiser products such as Dettol and Lysol (made by multinational Reckitt and Benckiser) are flying off the shelves.

But is a good scrub with soap and water just as effective? Australian National University microbiologist Professor Peter Collignon opines there’s little difference between hand washing and the alcohol-based sanitisers.

“One is just more convenient than the other and contains alcohol,” he says. “You can put it in your pocket and don’t have to be near a sink or basin to use it.”

The quest for a ‘cure’

So … who’s actually tackling the disease? Offshore, there’s a conga line of developers having a crack at a vaccine.

In Israel, scientists at the Galilee Research Institute claim to be on the cusp of finalising a product that is capable of getting regulatory assent within 90 days.

That’s what you call fast-track approval.

According to the Jerusalem Post, the same team of scientists has been developing a prophylactic against infectious bronchitis virus, which affects poultry.

The effectiveness of the vaccine has been proven in pre-clinical trials carried out at the country’s Veterinary Institute.

In the US, Gilead Sciences plans to recruit 1,000 patients with coronavirus for a clinical trial to test its experimental anti-viral drug remdesivir (as used to tackle Ebola virus).

With the backing of the World Health Organisation, the drug is also being trialed in China.

Maryland-based, Nasdaq-listed Novavax says it is cloning the coronavirus to develop a vaccine, in the same way it developed one for MERS in 2013.

Novavax is looking at several vaccine candidates for animals and hopes to find one for human testing by the end of May.

“Our previous experience working with other coronaviruses, including both MERS and SARS, allowed us to mobilise quickly,” Novavax CEO Stanley Eck said.

Fellow Nasdaq minnow Moderna has shipped an experimental vaccine to the National Institute of Allergy and Infectious Diseases for testing.

Backed by billionaire hedge fund founder Jim Simons, Long Island-based private outfit Codagenix expects to have a vaccine ready for animal testing in four to six weeks, with one suitable for testing about six weeks later.

The Codagenix know-how is based on recoding the genomes of viruses to render them harmless. The technique is not exactly unknown, as it’s been used to eradicate polio and small pox.

And who can forget Australia’s very own Relenza anti-influenza Biota, which became Alpharetta Georgia’s Nabi, changed its name to Aviragen and then was subsumed as a sub-division of San Francisco’s Vaxart, popping its head above the parapet to also claim an anti-viral program for COVID-19.

Stem cell therapy to the rescue?

The South China Morning Post reports that a 65-year-old woman on her COVID-19 deathbed walked out of China’s Kunming Hospital after being given a stiff shot of mesenchymal stem cells (MSCs).

Two trials are also underway to test the therapy against pneumonia, at a Beijing Military Hospital and Zhongnan Hospital of Wuhan University (yep, in the coronavirus capital).

Cynata’s Dr Ross Macdonald says the reports look authentic; and he believes that MSCs could be an effective adjunct in managing patients with serious issues pertaining to COVID-19.

“This is not because MSCs are inherently anti-viral or can act as a vaccine, but more because they have shown benefit in major pathologies associated with infection,” he says.

Cynata, we stress, has not mentioned coronavirus in its dispatches and nor has any of the other non-China MSC plays — or not yet anyway.

But still, what decent CEO would not give his company a plug?

“The clear advantage of (Cynata’s) Cymerus technology (is) the ability to make large quantities of consistent, robust MSCs without having to find gazillions of donors,” Dr Macdonald says.

Not everyone’s a winner

Your columnist stresses that the coronavirus influence on the sector is not all positive, with some biotechs likely to be affected by supply or other disruptions.

The reason is that hospitals in China and Hong Kong have delayed cochlear implant procedures to avoid the risk of infection.

The aforementioned Uscom notes that with labs “preoccupied” with the virus, short-term revenues are less predictable. In other words, the coronavirus is a distraction as well as an opportunity.

IDT Australia’s (ASX:IDT) Dr David Sparling told Biotech Daily that his company had no direct supply chain exposure to China at all, and was doubtful that even the company’s gowns and protective gear had much to do with the Middle Kingdom.

Editor’s note: Dr. Tim Boreham, who wrote this article for Stockhead, is one of Australia’s best-known small cap analysts and business journalists.

If you throw enough money and resources at tackling a disease you will get a result, right?

Er, not quite: “cures” for well-researched ailments such as Alzheimer’s disease, multiple sclerosis and an array of cancers remain elusive.

But when you’ve got an ailment that is crippling the global economy, the imperative to find a solution is somewhat more intensive.

Our best guess is that like SARS and MERS, COVID-19 will hang around for years to come, but the ill-effects will be made more tolerable with an effective vaccine and/or improved immunity over time.

In other words, it will become just another disease in the pantheon of maladies blighting humanity.

In the race for a cure, Gilead’s Remdesivir looks interesting, given it has been used before.

As for the opportunists in the sanitiser game, the surge in demand means tangible revenue gains — and good on them.

But let’s be clear: they’re hardly breaking new ground technology-wise and their gains will only be short term as other suppliers enter the market.

As for a cure, or lack of one, we suggest that investors hedge their bets with an exposure to the funeral stocks Invocare (ASX:IVC) and Propel Funeral Partners (ASX:PFP).

After all, they’re the last people to let you down.