How To Stop Being An Australian Cliché In Europe

We get it: You want to go to Santorini, San Sebastian and Seville so you can joust your friends over the European landmarks you’ve slurped vino in. But, you can do better than the clichés.

Skip the tourist traps — there are better adventures to be had down the road less Instagrammed. You just need to be in the know.

Booking.com’s most searched destinations are great for travellers who want to lick the conventional gelato and see the must-see sights.

However, as you start planning your European summer, so is everyone else. And one of the biggest mistakes tourists make when visiting Europe is planning their trips entirely around iconic destinations.

If you want a cheaper, more authentic experience (or if you want to get to know locals rather than other tourists), we have curated a list of locations you should avoid (and some alternative suggestions).

Yes: they are some of the romantic places on earth. But during summer—the best time to go—prices are higher than the bronzed life-guards’ G-strings. Also: the sunsets aren’t so pretty when you’re surrounded by hordes of selfie-snapping tourists (yes, you’re one of them, but it’s nicer when you’re the only one).

The alternative: Karpathos. Boasting a jagged mountain range, azure seas and a coastline full of nooks and crannies, the second largest island in the Dodecanese is a highly affordable back-up. It’s main harbour Pigadia doesn’t try to compete with the vibrancy (and crowds) of the Santorini harbour, but the retsina wine is half the price and the smell of char-grilled fish (and stewed lamb) is just as tantalising.

As reported by The Sunshine Coast Daily, there’s more to it than affordability, too.

“Karpathos is home to the forgotten city of Olympos perched high on a cliff where time has stood still, where the men toil in the hills in nearby Avlona, and bent old women carry bundles of sticks on their backs. Olympos tumbles down the cliff in a jumble of pastel coloured houses and inside its labyrinthine lanes, you feel as though you have stepped into a movie set.”

Oh and if you’re after luxury minimalism the resort town of Lefkos, secluded amongst a horseshoe bay—featuring modern, stylish villas right on the sand—is the place to go. 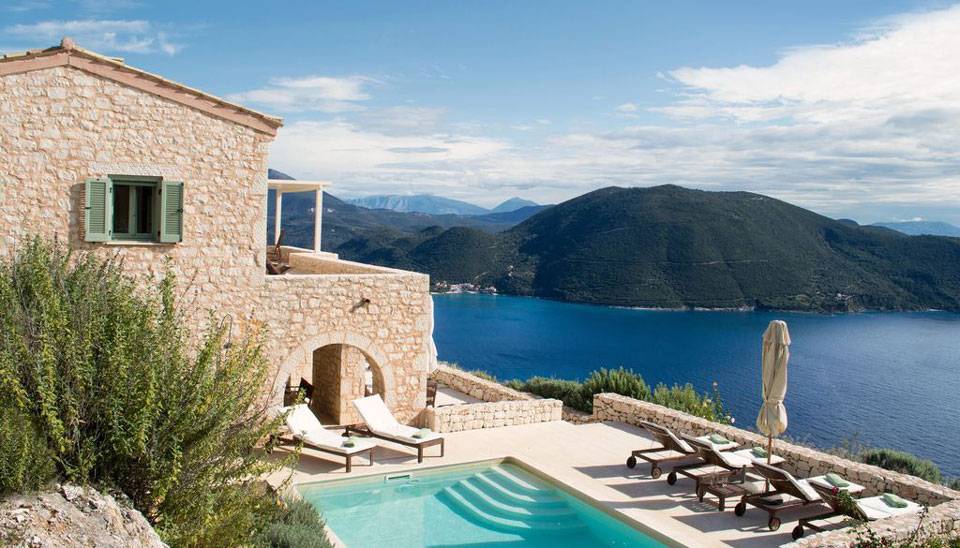 Luxury minimalism at its finest.

London has few equals. Not many cities boast such an array of day-time tourist attractions and cosmopolitan night-time indulgences. However, if you’re in it for the monuments and night-clubs, there exists a better, less Aussie-crowded July alternative.

A place that makes hipsters worldwide cry with nostalgia and/or jealousy, Berlin is kind of like London’s younger brother. And from the Banksy exhibition at Bikini Berlin (more than 40 of the enigmatic street artist’s motifs, curated by Banksy’s former manager, Steve Lazarides, feature in the exhibition—the most comprehensive collection of Banksy artworks to date), to the Berlin wall, the Pergamon museum and the evening Berlin food tour, there’s plenty of history and culture to keep you entertained.

Then once night falls you have arguably the best (or at least, the most infamous) clubs in the world to wile away the twilight. Berghain is so notorious that its bouncer now holds pseudo-celebrity status, enabling him to pen an autobiography in 2014. Many spend 45 minutes in line, only to be turned away at the door. If you make it inside, however, you’ll be able to experience some of the best electro-music in the world, and talk about deep sh*t with a local.

Also, depending on how you measure it, Berlin is between 35% and 45% cheaper than London. Not to mention, it will enable you to practice sinking refreshing, German-style biere before you come back in a traditional lederhosen for Octoberfest. 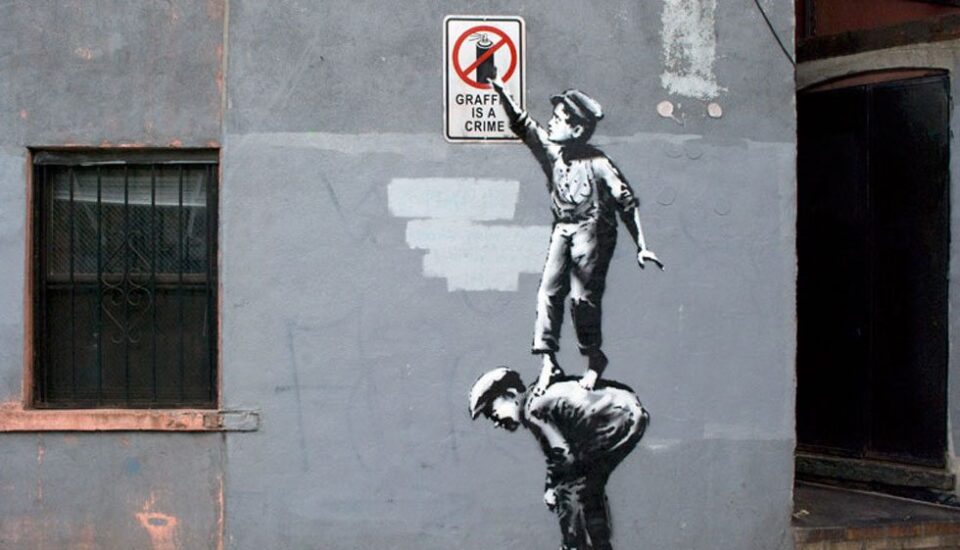 From the Moulin Rouge to the Louvre, Paris has more tourist attractions than you can throw a baguette at—before you even count the Eiffel tower or the Notre-Dame Cathedral. However, its residents aren’t exactly known for their hospitality.

Speak French and they respond in English. Speak English and they reply in rapid-fire French. Order a flat white and receive an espresso with cold milk. Order a pumpkin spiced chai latte and you’ll be met with a gallic shrug (this one’s fair enough I suppose).

Barcelona, on the other hand, has everything you need to get your old-world historical fix, as well as a vibrant party scene, food and wine fairs, music festivals, human castles, beaches and a Mediterranean breeze (a life-saver at siesta o’clock in July). It’s also slightly smaller, and the way the city is set out makes it easier to get your head around, see the famous architecture like Gaudi’s Sagrada Familia, and pretend you’re a local.

Head up to Bunkers Del Carmel for the best view over the city, hit up Razamataz or El Row to get weird, or the Beach clubs if you are looking for a classier good time. In terms of bars, you’ll be spoilt for choice.

Tasca El Corral is a personal favourite, nestled between el barrio gotico, just before the old port, this Asturian bar is characterised by its wooden log ceiling, rustic kitsch, the staff’s blessed lack of concern for your inability to walk straight, and leche de pantera, the only phrase 98% of Aussie expats in Barcelona can say without grating upon local ears.

Oh, and for those that want to visit where Ernest Hemmingway and Salvador Dali  drank absinthe, there’s Bar Marsella.

“With its ceiling stained caramel from centuries of cigarette smoke, and the feeble light that shimmers from its ridiculously ornate electric chandeliers, this nearly 200-year-old bar— reputedly the oldest in Barcelona — feels more late-night than most” (The Times). 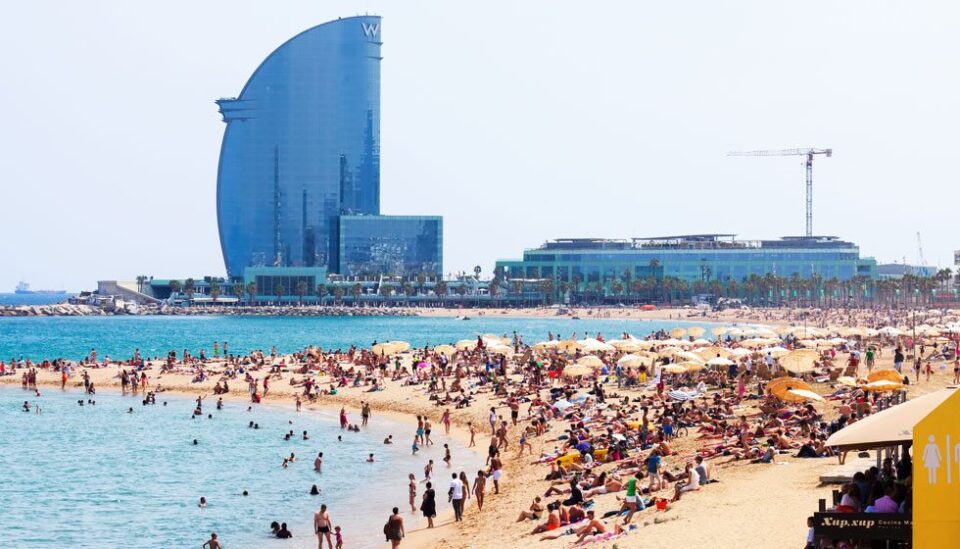 Of course, there’s nothing wrong with Santorini, Polignano a Mare, London or Paris, but these alternatives have the official D’Marge seal of approval.