Berlin is the opposite. Rather than bankers doing ‘baggies’ and bouncers chucking you out at first stumble, Berlin is a famed cosmopolitan techno-loving free for all.

The pinnacle? Berghain. Arguably the most exclusive club in the world (or at least the most famous place that consistently knocks people back), the following Tripsavvy photo of Berghain, we believe, illustrates why Berlin has such a coveted nightlife scene. 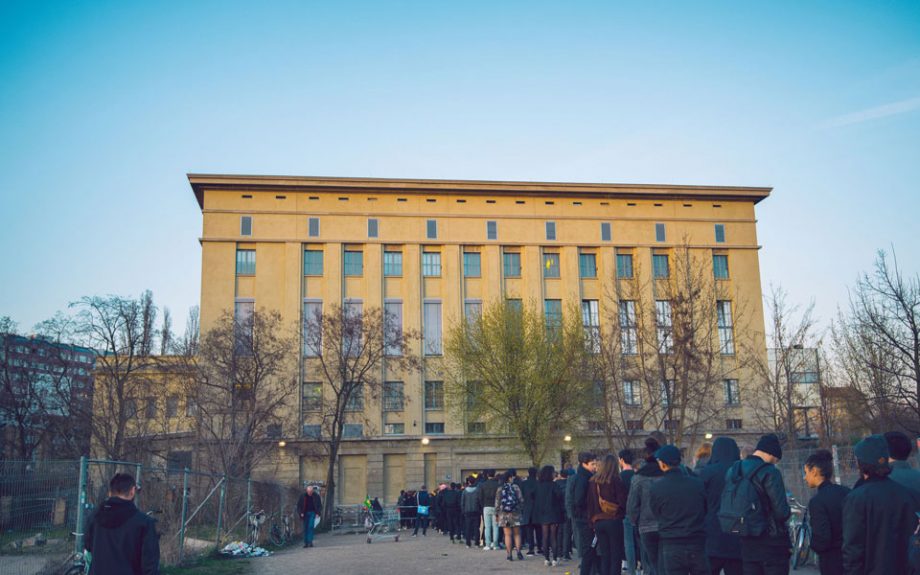 From the glowing edifice in the background to the time of day (Early morning? Late afternoon? Who knows!), this photo of Berghain epitomises the chill, free-flowing suction a night (or three) out in Berlin represents.

Bouncers with good taste (you generally don’t get let in unless you can name one of the DJ’s playing), no pretension (international celebrities, and Conan O’Brien have famously been rejected), no yapping, no football teams and an international embargo on boat shoes.

As The Sydney Morning Herald put it in 2018, “The city’s laissez faire attitude to nightlife is a world away from Sydney’s lockout laws, heavy-handed policing and onerous regulations that have led to the closure of many venues.”

Oh and there’s a historical aspect too: “Professor Michael Hutter, an expert in cultural economics at Berlin’s Social Science Research Centre, traces the city’s permissive approach to partying back to the devastation wrought by two World Wars, which caused the collapse of social and moral conventions, and the ideological confrontation with the Soviet bloc.”

As for Berghain, if you want to get in, there are three important rules to follow: wear black, break into small groups and don’t talk in the line.

Berghain, a Sunday morning at 10am… #techno #berlin🇩🇪 #berghain #berghainclub

Beyond that, there are a few more pieces of advice that will boost your chances of getting in.