Breitling Relaunches One Of Its Most Iconic Models 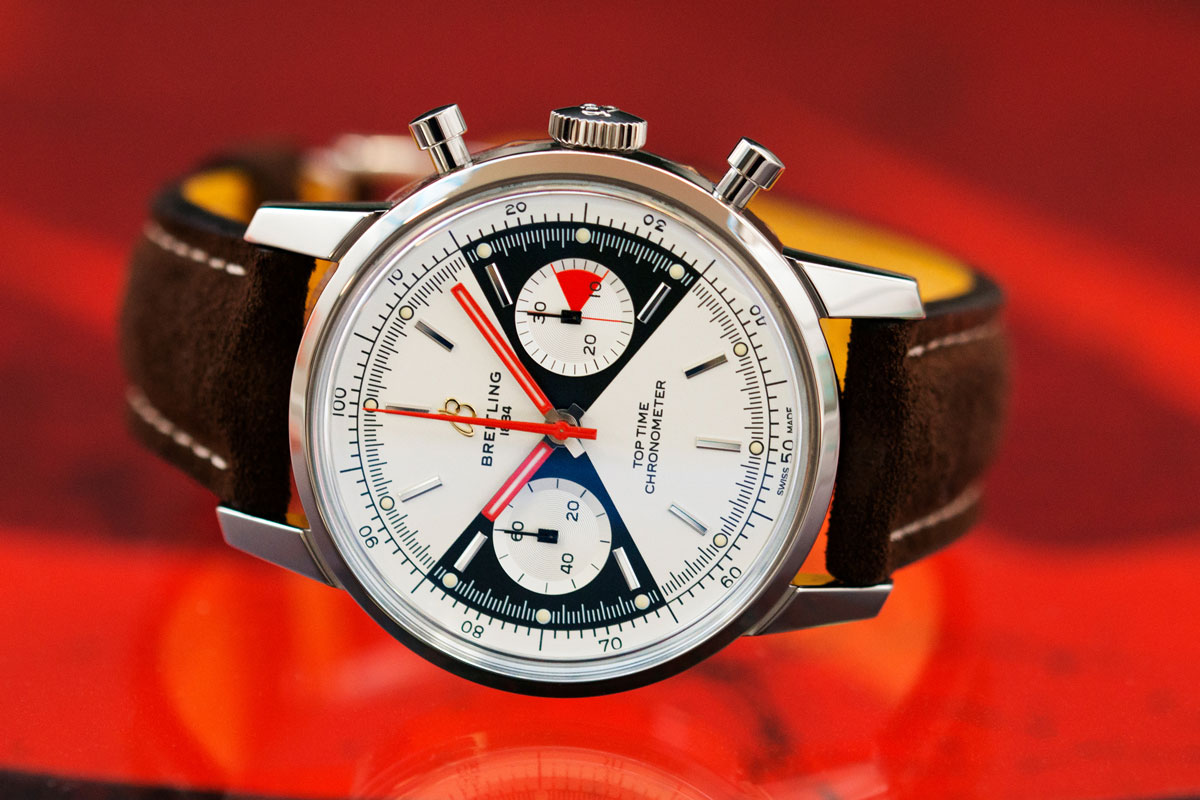 It’s always exciting when a watch manufacturer decides to resurrect an old design, but today’s announcement from Breitling has us smiling with particularly great intent.

That’s because the Swiss watch maker has brought back the Top Time, a model first launched in the 1960s, aimed primarily at younger men. This was largely due to its more affordable price tag compared to some of Breitling’s other models, such as the Navitimer and Chronomat. Willy Breitling added that the timepiece was “particularly suited to the needs of the young and active professionals.”

This new model is aimed at that same demographic, and fans will likely remember the Top Time for featuring in the 1965 James Bond movie Thunderball, with Sean Connery donning the iconic model and getting the added benefit of a Geiger counter. Unfortunately, this new model doesn’t have the same feature. 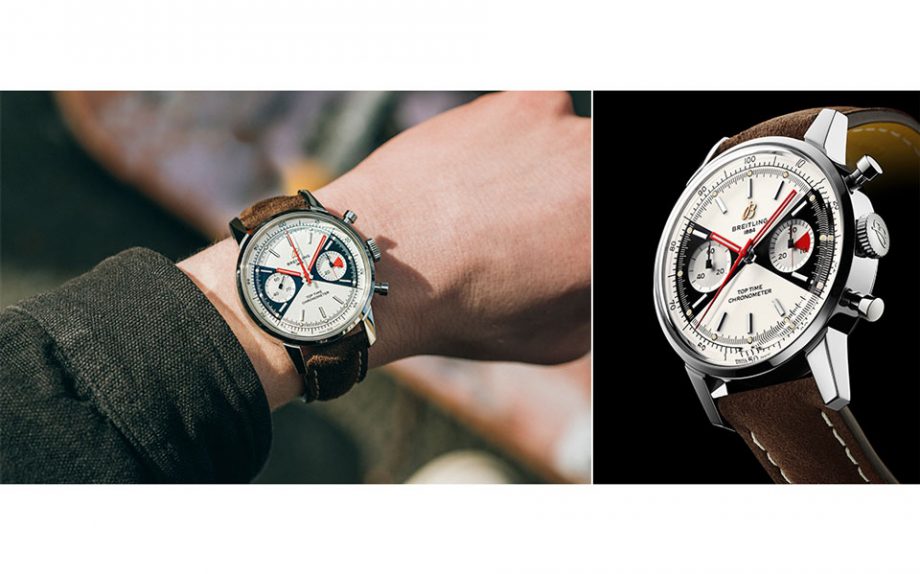 This updated model comes bearing an instantly recognisable feature: the Zorro dial. This dial design was more commonly found on the Sprint, while the Top Time was usually found with a panda, or reverse panda dial (white dial with two black sub-dials or vice-versa). Breitling says the Zorro dial (a term coined by collectors to refer to the fictional character’s eye-mask), gives the Top Time a “playful” look, but adds that it “doesn’t disguise the superb chronograph performance.”

Breitling has given the modern-day remake a 41mm stainless-steel case, a serious increase on the original’s 35mm diameter (the original was also available with a gold-plated case, but it’s just steel for this new version), while other new features include red hands, and a decimal scale can be found in place of the original’s tachymeter.

Powering the watch is Breitling’s self-winding Calibre 23 chronograph movement, which has a power reserve of around 48 hours, and runs two sub-dials: a second counter, and a 30-minute counter. It’s not an in-house movement, but is actually an ETA 7753. The case is attached to a brown nubuck leather strap, and on the reverse of the case, you’ll find an engraving displaying “[X] OF 2000”, signifying the Top Time’s exclusivity.

The new Breitling Top Time is available now direct from the company’s e-commerce channels for AU$6,950/US4,990, but will eventually make its way to the company’s global retail network at a later date. This will also be the first Breitling watch to be offered with a blockchain-based digital passport, which contains authenticity and ownership information in a digital file, that can be accessed at any time.