Could The Great Barrier Reef Benefit From The Current Travel Ban?

We spoke to an expert to find out. 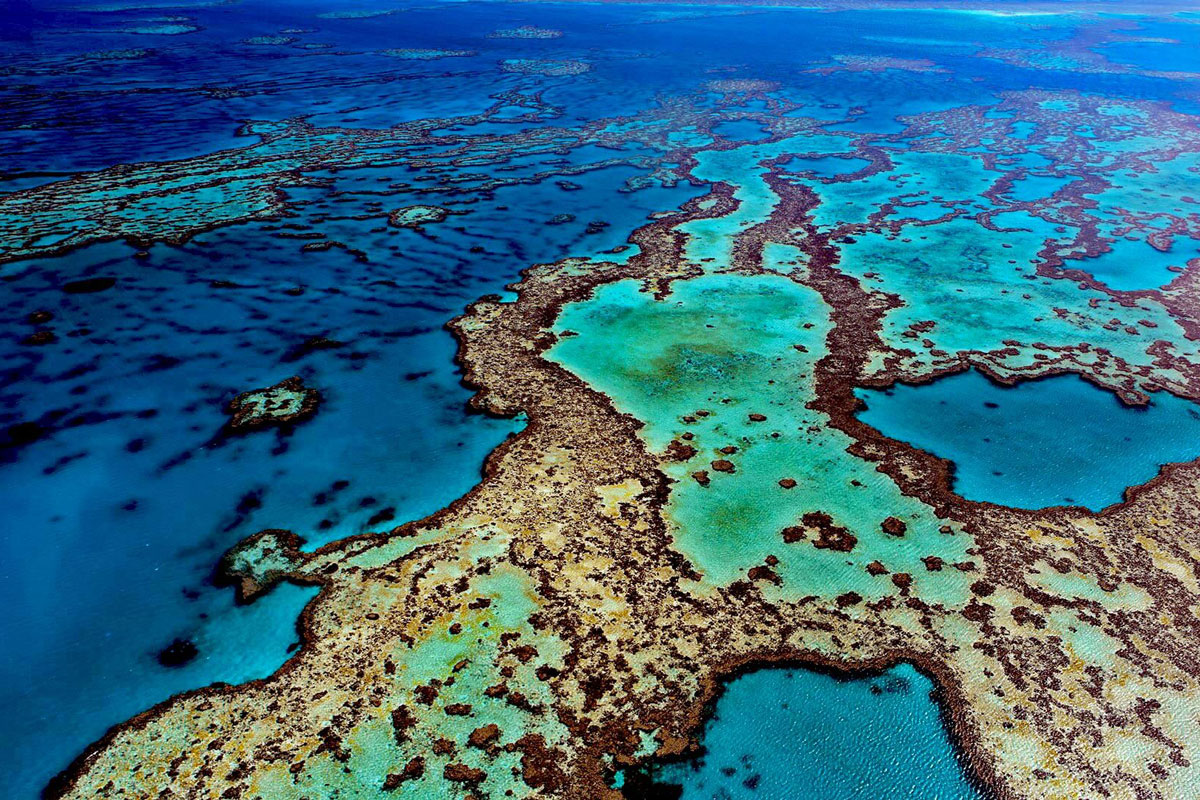 A lot of plans have been scrapped. This has led to crystal clear waters (if not dolphins) in Venice, iconic Balinese surf breaks uncrowded like the 1960s and an exodus of selfie sticks from Machu Picchu.

While these benefits are surface-only, it got us pondering. Could there be a silver lining, however temporary, to COVID 19 in Australia? Could the travel ban mean for a much-needed break for the Great Barrier Reef from anchors, pollution and wayward flippers?

Yes and no. Yes, in that there will be a pause in tourism, and no in that it’s not much-needed. Quite the opposite, actually. Why? Allow Great Barrier Reef Marine Park Authority Chief Scientist Dr David Wachenfeld to explain.

“Although The Great Barrier Reef gets about two million visitors per year, those visitors are visiting a marine park that’s bigger than two-thirds of countries on the planet,” Mr Wachenfeld told DMARGE over the phone.

“The visitation is concentrated mainly in two parts of the park,” Mr Wachenfeld added. “The actual density of visitation is really quite low, so the impact of tourism on The Great Barrier Reef is negligible.”

“I actually think that tourism has a very positive impact on the great barrier reef.”

“As far as I have ever encountered, everybody who has ever visited and seen The Great Barrier Reef falls in love with the place, and goes away with a stronger commitment to the [its] protection… and the environment more generally.”

“[Tourists] go home with a stronger commitment to act on climate change and protect the reef [which is] not only good for Australian economy but also good for the future and the health of the reef.”

Instead of under tourism, the biggest threat to the reef is climate change – a global problem, not a local one. That and insufficient funding to the reef’s protection agencies (which we thought would suffer in this time of non-existent tourism).

Mr Wachenfeld quickly set us straight: “I don’t think that’s [loss of revenue for the protection agencies] an issue in as much as although, yes, visitors to the reef do pay an environmental management charge, and that charge does go to agencies that protect the reef, government has committed to fix up that shortfall.”

“Not having visitors isn’t going to affect the funding of reef protection.”

What it is going to affect, is the Australian economy, to which the reef contributes, under normal circumstances, 6.4 billion dollars and supports 64,000 jobs.

“The vast majority of that economy is from the tourism industry so the lack of visitors will obviously mean that the tourism industry isn’t operating while the COVID 19 restrictions are in place. That’s quite a substantial issue for the Australian economy throughout central, southern and far northern Queensland.”

How you can help? Other than social distancing and doing your part to help this situation blow over as quickly and with as little damage possible (don’t travel, flatten the curve, etc), what you can do once travel restrictions get relaxed, Mr Wachenfeld told us, is come and see the reef and contribute to its economy and, by extension, maintenance.

The best place to quarantine? 🚁 💦 Fly over the Whitsunday Islands and Great Barrier Reef. Land on a private helipad/pontoon. The custom built glass bottom boat is lowered into the water and exits the pontoon in a very James Bond style then takes you for a tour of Hardy Lagoon. Visit heart reef, snorkel the coral bombies in the lagoon, enjoy bubbles on the lounges inside or on the sundeck and then fly back over the reef and islands as you leave 🐠.⠀ .⠀ By @ashleighbridget cc ⠀ @hamiltonislandair #MillionaireLifestyle ⠀ #heartisland #quarantine #greatbarrierreef #australia #heli #chopper #helicopter #secluded #whitsundayislanfs #lagoon #turquoise #reef #pontoon #quarantina #socialdistance #stayhome #stayinghome #luxurious #design #luxury #lifestyle

This all comes in a context where the greatest threat to the reef is climate change. As The Guardian reported last week, “Heat stress has been building across the length of the reef this summer” with many tourism operators, tourists and recreational divers recounting “severe bleaching.”

The problem with this (one of them, anyway) is that the reef cannot simply migrate south, being destroyed at one end and regrowing at another. Not just because the colder areas in the south of Australia are also warming (as Mr Wachenfeld told us, “we’ve seen tropical animals and fish show themselves further south than they traditionally have”) – but because “there are already wonderful ecosystems in those southern marine areas,” which themselves are suffering.

“There are fantastically beautiful kelp forests around Tasmania which have suffered terribly because of marine heatwaves.”

“The fact that there might be some coral growing a bit further south than it used to is not really a compensation for what we’ve losing in those more temperate areas,” Mr Wachenfeld told us. On top of that, there’s a second problem with this idea that the reef can simply extend downwards if it gets too hot up north: it will run out of room.

“In other words, you might get a few corals growing on the coastline further south than you used to but there is absolutely no-where for a structure even vaguely like the Great Barrier Reef to grow in the southern coastal areas of Australia,” Mr Wachenfeld told us.

“If we want to have a Great Barrier Reef, we’re going to need to lift our game.”