“They ordered for the dog first: a veal sirloin steak cooked rare.” 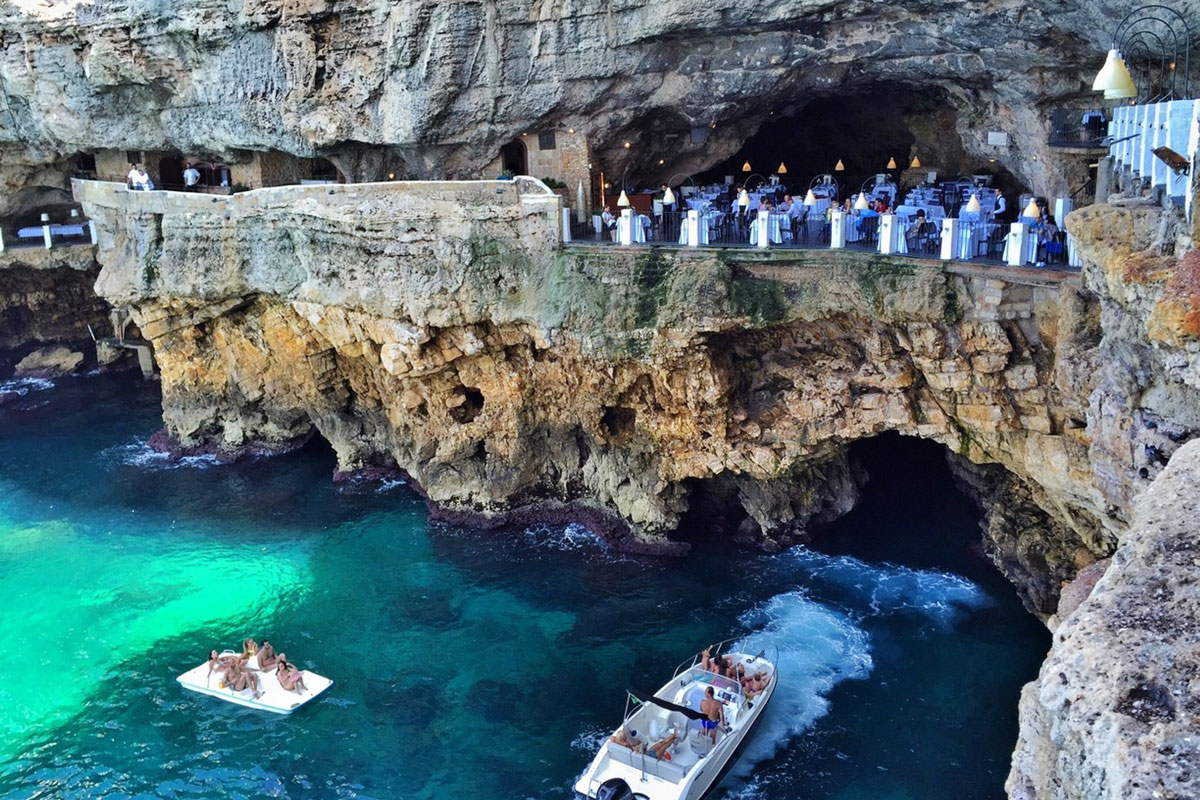 While the tastes of cashed-up diners, in the years since, if the lack of insane breaking news stories like this one shows, have changed, their penchant for debauchery has not. And – as a recent Vice investigation shows – wild restaurant requests and rich people are still (often) linked by animals. It’s just in this case it’s all about pets, not illegally poached wildlife.

Case in point: this tale from Piazza Duomo, the only three-Michelin star restaurant in Italy’s Piedmont region and one of the world’s top 30 restaurants. “People come here to eat from all over the world. We’re not a hotel, so the clientele is really varied – they come here to have an experience,” the restaurant’s sommelier, Vincenzo Donatiello told Vice.

“There was this couple in their sixties with a Chihuahua. When we took their order, they ordered for the dog first: a veal sirloin steak cooked rare.”

This trend of extravagance continues with Valentina* a sommelier (whose name has been changed) at a famous hotel restaurant in Venice, who told Vice, “I’ve seen a lot of strange things.” This ranged from super wealthy clients being angry about being given the best table (they preferred a more discreet one) to being asked to deny the fact someone well known was eating at the restaurant.

“Perhaps someone was sitting at a table next to Spielberg or Robert Redford – if they asked, you had to cover for them by saying, ‘Who, that guy? No, you’re wrong, madam.’ It was so strange, because sometimes guests were actually sitting right next to these famous people.”

Another entertaining ‘rich person request’ is relayed to Vice from Roberto Riccardo Tornabene, the head waiter at Felix Lo Basso Restaurant, which overlooks Piazza Duomo in Milan. According to him, he had one customer sit down and light a cigarette in the middle of the restaurant, “as if that was totally normal”.

Another, he said, “called a taxi and sent it to the chemist for nicotine patches. The taxi driver came back and the customer said the patches were no good, so he sent him back to the shop. When he arrived for the second time, the customer had no cash, so we had to pay the taxi.”

For wine lovers, this all pales in comparison to this next tale, which comes from Marco Reitano a high end sommelier who has worked at restaurant La Pergola for 25 years: “If we’re talking about wealth, then I have to talk about wine,” he told Vice.

“Today, we have a cellar with about 3,400 bottles. Once, a regular customer studied the 1982 Bordeaux list for a long time. It’s maybe the best [vintage] in history. Eventually, he ordered seven bottles for himself – to taste the difference between them. The bill was over €20,000 euros.”

“Another regular is scared of the colour black… So when there’s dishes on dark porcelain we serve them on white plates.”

And it’s not just Vice – scouring the annals of Reddit for some ~internet wisdom~ revealed to us that the tales of outlandish high end behaviour have no limit. And they can sometimes work out in the favour of staff.

“I operated a premium chain… in Canada,” one Reddit user responded to a thread entitled,
“People who work in high class restaurants and hotels, what is the most ridiculous, stereotypical “rich person” thing you’ve ever experienced someone has done?”

“One day this Indian gentleman started coming in, at first by himself. On the first day he spent $200 on wine and tipped $1000. The next day he did the same again. When we saw him the third time I had servers fighting over him,” the user claimed.

“One evening he got drunk on wine and Brad the busboy made the mistake complementing his watch. Mr. S. takes off his Tag and gives it to Brad. The next morning Mr. S comes back to get his car and asks if Brad is there, I say yes and go get him, Brad knows what’s up and is removing the watch as he walks over to Mr. S. Mr. S says, ‘Brad I’m really sorry I got drunk last night and gave you my watch.’ Brad is chuckling as he is removing the watch and says ‘it’s no problem’ and he was just holding the watch until Mr. S returned.”

“The next thing Mr. S. said,” the Reddit user wrote, “I could not believe: ‘Brad you don’t understand, I’m sorry because it was very rude of me to give you a used gift.’ And at that moment Mr. S pulled out a box with a brand new Tag Heuer inside and handed it to Brad.”

Perhaps the most outlandish tale, though, in our opinion, has nothing to do with excess, but rather the lack thereof. That’s right, as we reported last year a fashion blogger came under fire for requesting the most Spartan meal the iconic Ristorante Hotel Grotta Palazzese had (probably) ever been asked for, then writing a bad review when she didn’t get it.

I was conflicted posting this; I am aware there are far worse things happening in the world but I am also aware that many of you look to my account as a travel guide and may book places as a result. I don’t like to be part of any form of negativity but I felt compelled to share my experience after so many of you asked where this place was because you wanted to visit. For me, this place was the worst dining experience I have ever had. We were so excited a table was available during our dates, and even after reading the mixed reviews we decided to try it anyway as we saw it is a once in a lifetime experience. I gave them my list of food requirements (I am vegan, with severe gluten, cashew and coconut intolerances) when I made a reservation three months in advance. Upon arrival, the view took our breath away, it truly is serene, but as soon as we sat down we were told the kitchen had not and could not prepare anything not on the set menu. I am used to not being able to eat most options on a menu, but as this was a “fine dining experience” and they asked for my food requirements well in advance, I was frustrated to hear I would still need to pay $180 euros for the set menu, much of which I could not eat. I ended up eating a tiny bowl of beans, two slices of vegetables and was offered a fruit plate as dessert, which I did not eat. The customer service was terrible and I was further disappointed when the staff and the chef would not acknowledge the situation. Beyond my experience, my girlfriend got the normal set menu and found it underwhelming. We are no food critics, but this food seemed to fall victim to a fancy restaurant trying to create fancy food but completely missing the mark and offering bizarre and confusing food as a result. For me, this place is not worth the money even despite the fantastic view. If you are willing to pay just to take photos, then sure, go visit, the photos will be beautiful, but if you’re like us and just appreciate good service and delicious food, then I would highly suggest going to a local restaurant and ordering the $15 euro mouthwatering pasta that was easily better than what we found here for twelve times the price 💔 x

In the world’s culinary capital of carbohydrates, requesting a gluten-free meal requires some serious nerve (and a severe lack of taste buds). As one commenter on Instagram put it: “You literally have an intolerance to every kind of Italian food ingredient, I don’t think this is a fair review.”