“You can never be naked in a Paris flat with the windows open.” 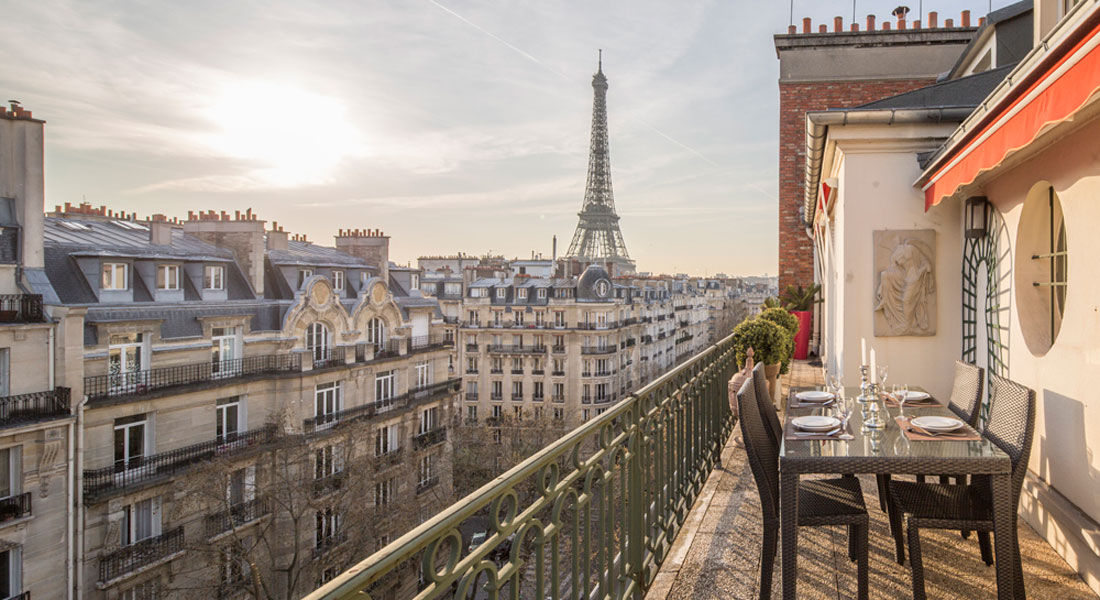 From glaring at smokers to ordering one too many Grand Marniers, there are a number of mistakes tourists make in Paris. Then there’s drinking so much wine you think you parle francais, getting your hair cut like Victor Hugo and taking ‘pensive’ snaps outside the Sacre Coeur.

So far so tourist.

When you live in Paris though, you start to notice a higher level of mistakes, that you make on a daily basis. But after you bash your toe for the thirtieth time in the 7th arrondissement apartment you really can’t afford, or after you start enjoying listening to your neighbours argue, rather than cursing them for keeping you awake, you start to realise: you’re learning.

Not everything will be applicable to your daily life back home. But some skills will stay with you for life (you might even pass on that improvised, shops-shut Sunday pasta recipe to your grandkids. Who knows?).

So: if you’ve only ever been a tourist and are interested in one day moving permanently to the city of classy clinches and surly serveurs, or whether you just want to live vicariously, here’s what you learn when you live in a tiny Paris apartment for four years.

You learn life is not to be lived within four walls (at least, not the ones you own or rent)

The whole point of being in Paris is to be out and about, so you shouldn’t expect a flat the size of the Taj Majal unless you drop top dollar (which, teaching English or clinking cutlery, is probably not within your capabilities).

One Kiwi couple who lived in Paris for four years, revealed on Domain how they came to this exact conclusion, after moving into a studio apartment in the Gambetta neighbourhood, in the 20th arrondissement, which measured 21 square metres (15 square metres smaller than the standard double garage).

The couple explained on Domain how, although it was initially a shock, it was much easier once they adopted the Parisian mindset: “In Paris, for a couple to live in a studio is not extraordinary. It’s a densely populated city where apartments are the norm and most people, especially young people, don’t expect to live in large spaces.”

“Instead they live a lot of their lives out of their apartments. In a city where kitchens and dining spaces are often small, delicious cheap restaurant options abound; Parisians make great use of public spaces like parks and town squares, and it’s totally acceptable to linger for an hour over a single espresso in a cafe.”

You learn to shop more thoughtfully

The couple also found that living in Paris taught them to be more conscious of what they bought, and not just in terms of objects: “French people are in the habit of shopping for food more frequently and, in my experience, more thoughtfully.”

“There are few large supermarkets within Paris but most people buy bread fresh on the day they want to eat it. A wedge of cheese here, a few slices of cured meat there – when you have the equivalent of a beer fridge and one shelf to store food on, you don’t have the means to stock up (nor the corners in which things go off before you get to use them),” Domain.

You learn to buy furniture that folds down

And coffee tables with a top that comes up, acting as a dining table. Or – most inventive of all and courtesy of the aforementioned Kiwis – a chopping board that fits perfectly over the sink.

As online publication TheLocal.fr points out, “‘French people are so polite,’ is what you’ll think to yourself the first time you see a notice in the lobby, letting you know that your neighbours are planning a party this weekend and that you are invited.”

“But fast forward to Saturday and you’ll quickly realise how naive you were, as music pounds through the walls and loud shouts of, ‘Ouuuiiiiiiiii!’ can be heard through the walls until the early hours of the morning.”

You get used to being an amateur exhibitionist

TheLocal.fr also points out that, oftentimes, your neighbours across the street are so close they can see into your kitchen drawers. As they put it, “You can never be naked in a Paris flat with the windows open.”

“It’s known as vis-à-vis in French but refers to the fact that often the layout of flats and the windows mean neighbours in a separate building or those who live across the courtyard can see everything that goes on in your flat.”

In much of continental Europe, people are content to rent their whole life, and not stress about it. It’s also common to live with your parents until they’re 30, and to look after your grandparents yourself rather than send them to a care home (where possible). Of course this tends to be the case more so in areas with less employment, where people have more time (not so much Paris), but the overarching mindset of “I have to buy a house within commuting distance of Sydney CBD or I’m a failure” just isn’t there.