Psychologist Explains The Mindset Of Living In Bondi

Bondi residents appear to hold themselves to a different standard to the rest of us. Why? 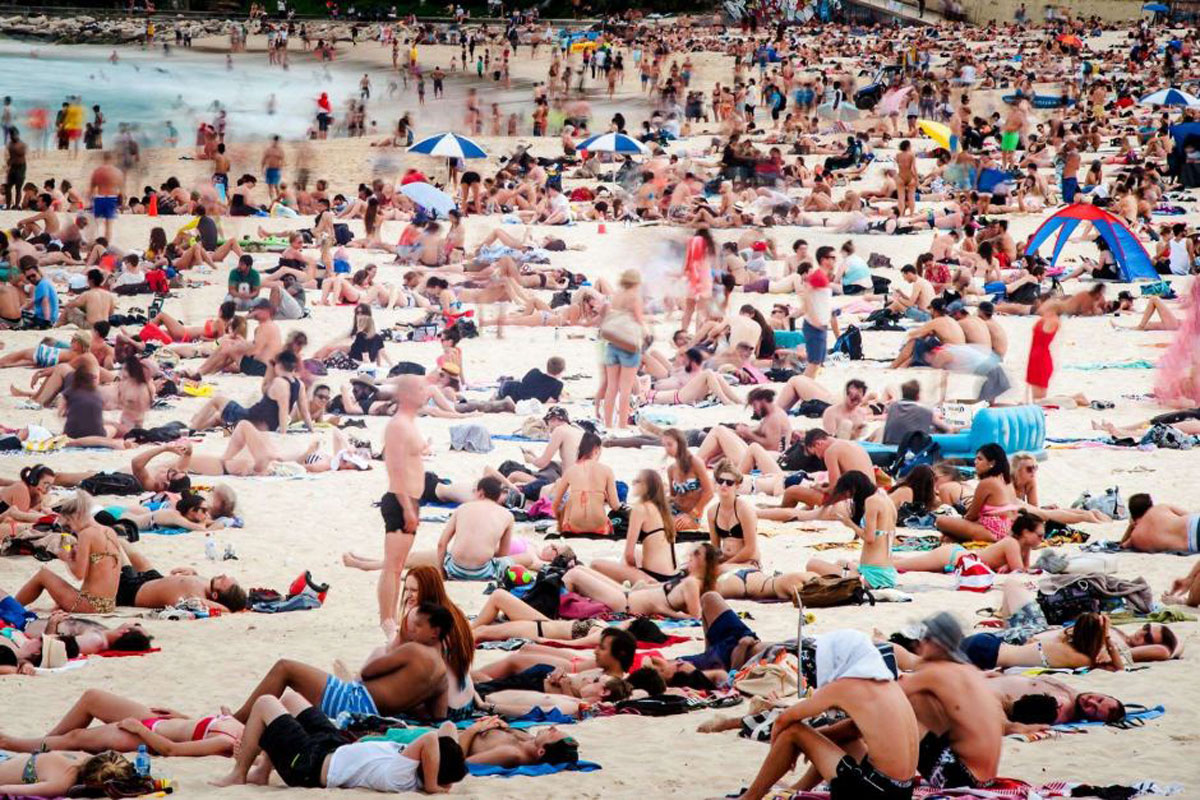 “Keep calm and go to Icebergs” – that appeared to be Bondi’s reaction to the COVID 19 pandemic, less than two weeks ago.

“World in crisis, Aussies hit the beach!” the tabloids declared with glee, blasting images of scantily clad backpackers and oblivious surfers around the world.

The police turned up the next day, after the mercury dropped and the swell disappeared – a dollar short too, one might argue.

While Bondi’s en masse gathering is exactly what we need to avoid right now, how it was reported created more division among Sydneysiders than any of Scott Morrison’s ‘distancing’ legislation.

“Please stop being so selfish,” one health worker wrote underneath a photo of the Bondi masses, “As a health worker this is absolutely devastating to see.”

Another wrote: “They’ll probably pop into visit grandma on the way home.”

To which (presumably) an Eastern Suburbs sun-worshipper responded: “Safer to go for a surf or swim at Bondi then sitting in a pub or a mall.”

While, two weeks on, this debate is now irrelevant (you can’t go to the pub or the mall either now), the exchange reveals an interesting psychological phenomenon: Sydneysiders being played off against each other, by everyone from The Australian to The Guardian to The Daily Mail.

Whether or not you 100 per cent agree with that, anyone who has lived in Sydney will have seen Bondi singled out condescendingly by media (see: Finally, People At Bondi Are Getting The Message) and heard the stereotypes that everyone who lives there is either cocaine addled, roid addled or worse, a hipster.

Convinced not everyone who lives in the Eastern Suburbs is a smug bastard, DMARGE got on the phone with Dr Lars Madsen, a clinical psychologist who sits on the board of the mental health charity The Mindshift Foundation, to understand the psychology of living in Bondi.

First off: does living in a certain suburb really lead you to develop a distinct mindset? According to Lars, it’s a solid maybe: “What we know is that as people we are affected by other people – we are constantly comparing ourselves to other people no matter whether we like it or not, in one way or another.”

“The same way if you’re in a culture where people are taking drugs, drinking alcohol, not working, we kind of drift that way as well in terms of our attitudes – there’s lots of psychological research that shows that [this] happens – the environment affects people’s behaviour.”

Or maybe it was just a nice day.

We put it to Lars, “Can moving area change your mindset?” To which he replies: “Absolutely: it depends on who they associate with and who they identify with – if they go to a different area where they are surrounded by different attitudes and different people… then people will gravitate to the norm of that mindset and the people around them.”

In terms of Bondi specifically? “Yes, I think so.” Then: “I think people go and live in Bondi and have an expectation that it is something and that maybe affects how they are, and how they interact with others – probably just like people go to Toorak in Melbourne much the same way.”

DMARGE then spoke to Elizabeth Venzin, founder and CEO of The Mindshift Foundation, to get her take: “From a personal perspective I think if you live in a suburb that kind of mirrors your own community you feel much more at home.”

As for whether Bondi deserved to be singled out by the media, Elizabeth says: “My friend’s son is on the council at Bondi and my friend is a doctor – he said it was absolutely disgusting what happened at Bondi.”

“The people that were down there were irresponsible or living in another world, so I definitely agree with him.”

“Bondi is one of the [COVID] hotspots anyway so it goes to show you can’t behave like that….that’s my personal opinion,” Elizabeth adds. “I saw it with my own eyes, I was there three weeks ago, before it got really bad but while we were supposed to be doing social distancing.”

“I was staying in a little apartment in Bondi, and you’d go for a little walk and you’d see backpackers… totally oblivious to reality.”

Elizabeth says she thinks “it’s not [the fault] of Bondi itself, but because Bondi attracts so many backpackers… It’s a huge tourist destination, kids have finished their uni degrees and are travelling the world and are carefree… they have the same in Byron.”

“Everyone knows Bondi – that’s why it went all over the world.”