The one phone to rule them all? 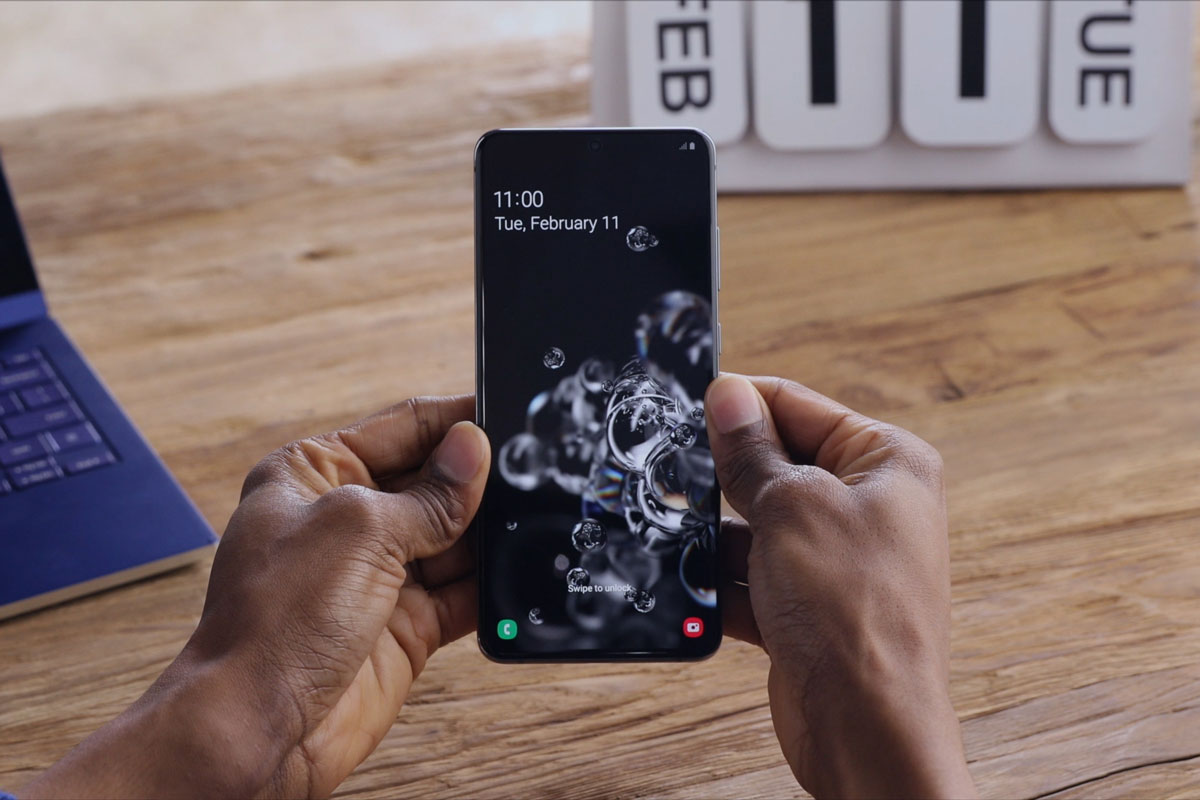 Every year the major phone brands wheel out their latest gladiator to compete in the colosseum, strapping on more weaponry, standing taller and looking shinier than ever. Sitting up in the good seats, we assess the Galaxy S20 Ultra 5G to find that Achilles heel. Here’s what we learned.

The Cameras Are A Mix Of Hype And Euphoria

If smartphones today could still be used to make phone calls you’d be surprised. The marketing behind every smartphone and their announcements focus largely on their ability to capture that perfect picture. The S20 Ultra 5G is no exception, with a whopping 100x zoom and an array of cameras, you’ll expect big things.

Firstly, this phone is capable of shooting video in 8K, perfect if you have a TV ready for it. If not, you’ll be able to make the most of the millions of pixels when you edit. When it comes to selfies, we were left a little unimpressed as we felt the Samsung lacked in comparison to the iPhone 11, especially with the perfect portrait shot.

When it comes to taking a photo with any of the rear cameras, you’ll appreciate the optical zoom lens for getting closer to a bird without frightening it. But the 100x digital zoom will absolutely reveal more than the eyes could see but you’ll be left with a mosaic or something more Picasso than National Geographic. It’s a great camera, but the 100x zoom is a creepy gimmick.

It’s Needier Than A Burmese Cat

From the moment you turn the phone on, the Galaxy S20 is asking you questions. It’s asking you to grant permissions to use its own apps. Samsung has been so beaten up when it comes to tin-foil hat society that they need your permission to do the most basic functions that if denied, will limit functionality.

This includes opening the Samsung built apps that are pre-installed on the device. Samsung has however also added their own assistant, named Bixby. This time however it pays attention to how you use your phone and makes suggestions around your habits. If you regularly put your phone on mute before bed it will ask whether you’d like to automate that and do so.

When you arrive home your phone can automatically turn Wi-Fi on, change the lock screen shortcuts to Twitter and WhatsApp and put your phone on Vibrate only. These routines are easy to setup and your phone will recommend more, so you can do less.

It Has Olympic-Level Performance

Like a Ferrari, you don’t have to know the specifications to know it’s a high-performance car. The Galaxy S20 Ultra 5G is the most powerful phone we’ve ever had our hands-on. Able to run games and productivity apps with ease, including multi-tasking, for example, you can watch a video while you also scroll Twitter.

The ability to use Samsung DeX on this smartphone is also a potential life-saver. DeX is essentially a desktop operating system, like Windows that can be used for day to day work, but which runs on your phone. You can connect your phone to a monitor, keyboard and mouse and get started with no computer in between. 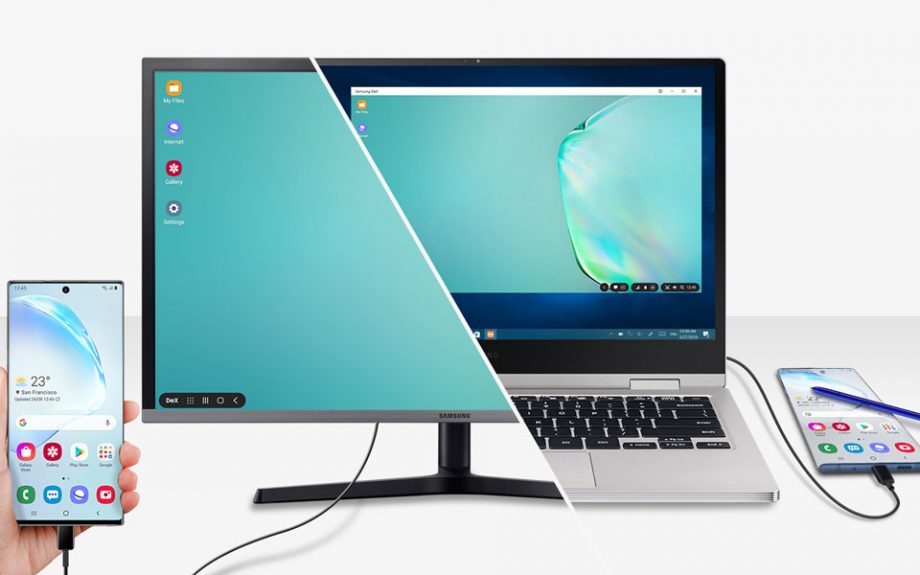 Alternatively, you can connect your phone to your computer, run DeX, and be using all the functions of your phone on your computer. Your boss won’t know you’re scrolling Instagram when your phone is placed on the desk away from you.

It’s what you can’t see that can sometimes be most impressive. There is a fingerprint reader IN the screen on the S20, so you can easily unlock it without staring gormlessly at it. You can even use your phone as a wireless charger, whereby you can charge your wireless headphones, such as the Buds+ for example, or even charge your mates phones if you’re so kind, simply by placing said device on the back of the S20. 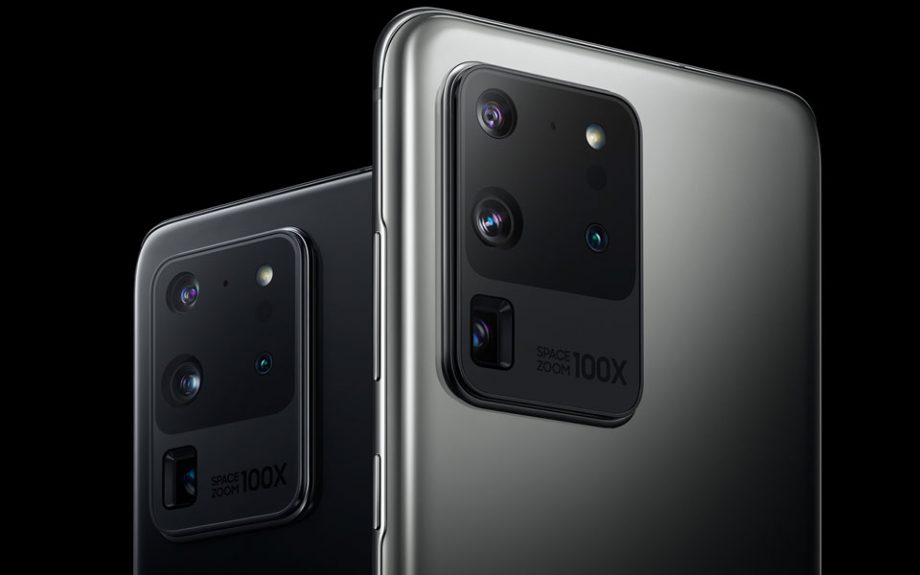 With 5G onboard, you’re able to make the most of the growing high-speed network. Download speeds of over 300mb/s are commonly achievable and if you need to quickly download a season from Netflix before a flight it’ll be done in seconds.

As for the battery, well, during our testing we ran from Sunday morning to Tuesday morning without coming close to draining the phone. Battery life is outstanding and the way it manages the battery is the real secret herbs and spices we’ll never see Colonel Samsung reveal.

You’ll Live Without That Kidney, I Think

The base model Samsung Galaxy Ultra 5G, with 128GB storage capacity, will set you back $1,999 RRP in Australia. We respect that we’re holding onto our phones for longer so you could justify $500 per year if you keep it for four years. The initial swipe of the credit card, however, will hurt.

It’s not a cheap phone, and compared with Apple, you’d pick up the iPhone 11 Pro with 256GB storage for the same money. With Samsung you’ll have 5G and some hardware that will outshine Apple, but if all you care about is the camera you might be sticking with what’s in the fruit bowl.

Geoff Quattromani is a tech commentator across radio, print, online and television. Check out his podcast “Technology Uncorked” for new information each week.