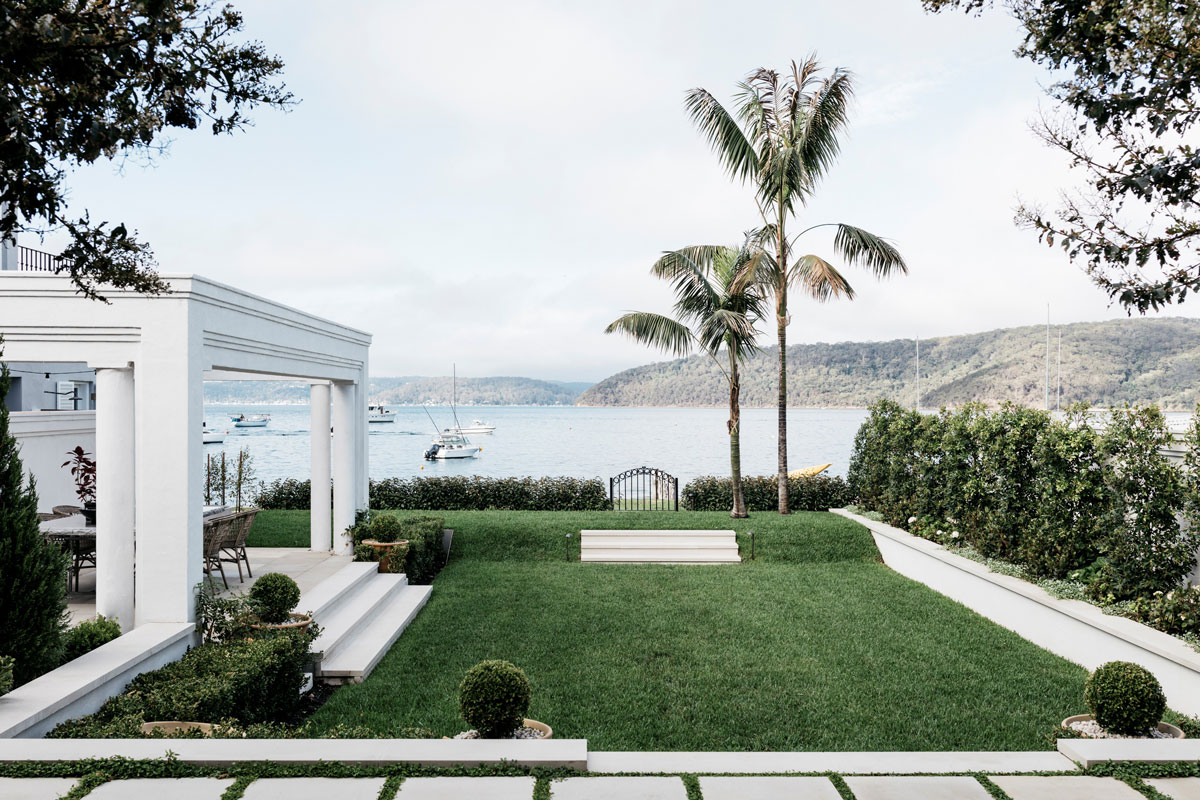 As the stock market plummets, hospitals get closer to capacity and Bondi residents concede maybe they shouldn’t be hanging down the beach, Australia’s housing market is set to undergo some changes of its own.

But how bad is it going to be? DMARGE spoke to Edward Brown, director at Australia’s leading real estate provider Belle Property to get his take. While Edward doesn’t want “to be in denial” about it going down he also said we shouldn’t get ahead of ourselves predicting an immediate catastrophe.

Put simply: this is unchartered waters.

With that caveat in place: here’s what we know is happening right now with the Australian housing market. First things first: “things are moving slow,” Edward told us. “There’s a lot of resistance [to buy and sell] from people because there’s a lot of uncertainty around employment and what the future may hold.”

It’s not necessarily going to be the same rapid plunge as the stock market, Edward explained, because real estate is more tied up in emotion (“even more so than the stock market… it’s all about confidence”). This means, in a few months (assuming social distancing rules are lifted) people are going to go back to buying and selling, even if it’s no longer a boom market.

“If they need to upgrade because they’re downsizing or upsizing due to growing family needs they’re going to move regardless.”

Also, unlike the stock market, sellers are much more inclined to just hold onto their product and wait for a better time, rather than suddenly start settling for lowball prices, hence the more steady decline (compared to the stock market’s ability to cliff drop).

That said, it’s still bad news. Thanks to COVID 19, right now and for the immediate future, “if people aspirationally would like to move they’re not going to do that,” Edward told us – “the Australian property market is driven by a lot of confidence which it has – or rather had – for the last 7 years, year on year, and now it’s in an uncertain time for the first time in anyone’s lifetime.”

On the flip side, “there are definitely opportunities in the next six months – and what we’ve already started seeing are opportunistic purchases but the marketplace isn’t going to you know… [suddenly repair itself].”

On top of that, if you can afford to (and COVID regulations don’t stop you) then it’s not a bad time, financially, to buy a house, if you aren’t under pressure to sell (if you’re a first home buyer, for example).

“If you need to move, move. The housing crisis is only going to be caused if everyone sits back and does nothing. The loans are very cheap. You can go and get interest rates for under 3%. That’s cheap money – you can go and get a million-dollar mortgage and they principle an interest for about $4,000.”

“So your rent and your mortgage on principal interest is about the same, potentially, if you’ve got the deposit to pay it now. Everybody focuses on property in the short term element – but what’s the long term?”

“I’m very much of the view at the moment that you want to be in and owning your own home if you can afford to,” Edward told us. But all up, there’s not as much to get excited or worried about as you might expect, right now at least.

“The market and the banks are going to do their bit to keep people from financial ruin – so I don’t think even though people are opportunistically looking at the market waiting to pounce on people being forced to sell, I don’t foresee that right away (although that may change in the next six, nine or twelve months, depending on what other financial impacts take place).

So the message to aspiring savvy buyer is this: “Unless somebody is committed elsewhere and has to sell right now, or there is a deceased estate and the family want to get the money out (that’s where some good opportunistic purchasing will be taking place)” there’s not going to be a whole lot of deals, beyond the just-mentioned-usual, on the market.

“For now I just think people who don’t need to sell just won’t put their properties up on the market.”

We then asked Edward whether there are certain parts of Sydney, his home city, which will be particularly affected in the next few months.

“Nothing is immune – it’s an uncertain time as all aspects of the marketplace have been impacted. But again it comes back to consumer confidence – we’re still selling properties and still have people looking to buy properties.”

Suburbs that will be particularly impacted, according to Edward are the ones where there are massive new developments taking place – “or where there’s more supply than demand.”  This may involve areas that have been rezoned and where there have been high numbers off the plan purchases, something which had seen a “real surge of confidence of late [but before COVID unveiled its tendrils].”

One thing that might offset this is offshore purchases. If government regulations don’t stop this happening, Edward says, as the Australian dollar is so weak, and as there are so many people overseas who might want to put their money into assets right now rather than the stock market, “there might be a switch of people bringing back money from places like Hong Kong, London and America.”

“This might see an increase in investing back in the property market here – depending on regulations from foreign investment.”

As for concrete examples of suburbs likely to be particularly affected by the impending housing market downturn, Edward says Alexandria, and similar suburbs that are currently under construction and have more supply than demand, will be hit, in terms of average sale price, hardest.

“Alexandria – there’s a lot of supply in that corridor, maybe Wolli creek as well, even in the Western Suburbs – the Kelly Farm developments – prefab homes – [those sorts of places] will definitely see the impact.”

To give another example, Edward told us, “Alexandria’s Zetland area – we sell in all the adjoining suburbs – and at any given time there might be 100 two-bedroom apartments available.”

Now the bad news is out of the way, we asked Edward, what the signs might be that the market is making a come back, to look out for in the future – whether that’s in six months or six years.

“Signs it’s on the up – auction clearance rates – the number of properties coming to market and number of properties trading,” Edward told us. That plus confidence: “seeing people being out and about again – nobody knows how to interact at the moment with it all happening,” so when you see that start to return it could be a good sign.

“It’s really difficult to say how long it’s going to take to recover – because these are such unprecedented times [but]… the recovery will be marked by general consumer confidence, job stability, people feeling like it’s the right decision to be moving.”

How does it compare to 2008? Edward told us now is totally different because back then, though the housing market definitely stopped (in Sydney), the apartment market “kept chugging along quite nicely.”

Back then you also had the Kevin 07 initiative, “so stamp duty was being paid,” Edward told us. “The first home owner’s grant doubled from seven to fourteen thousand dollars so you still were turning over and selling a lot of properties.”

“From about October 2008 to about July 2009 the housing market was very much in a bit of a limbo space – but the apartments were still selling and that’s the big difference between now and then.”

“We don’t have that same crutch for people today so I think it’s a slightly different time – there’s a lot of debt – our economy is going to be in debt for several decades.”