“Make some nice food, have some wine, but that as the only solution… is not going to work.” 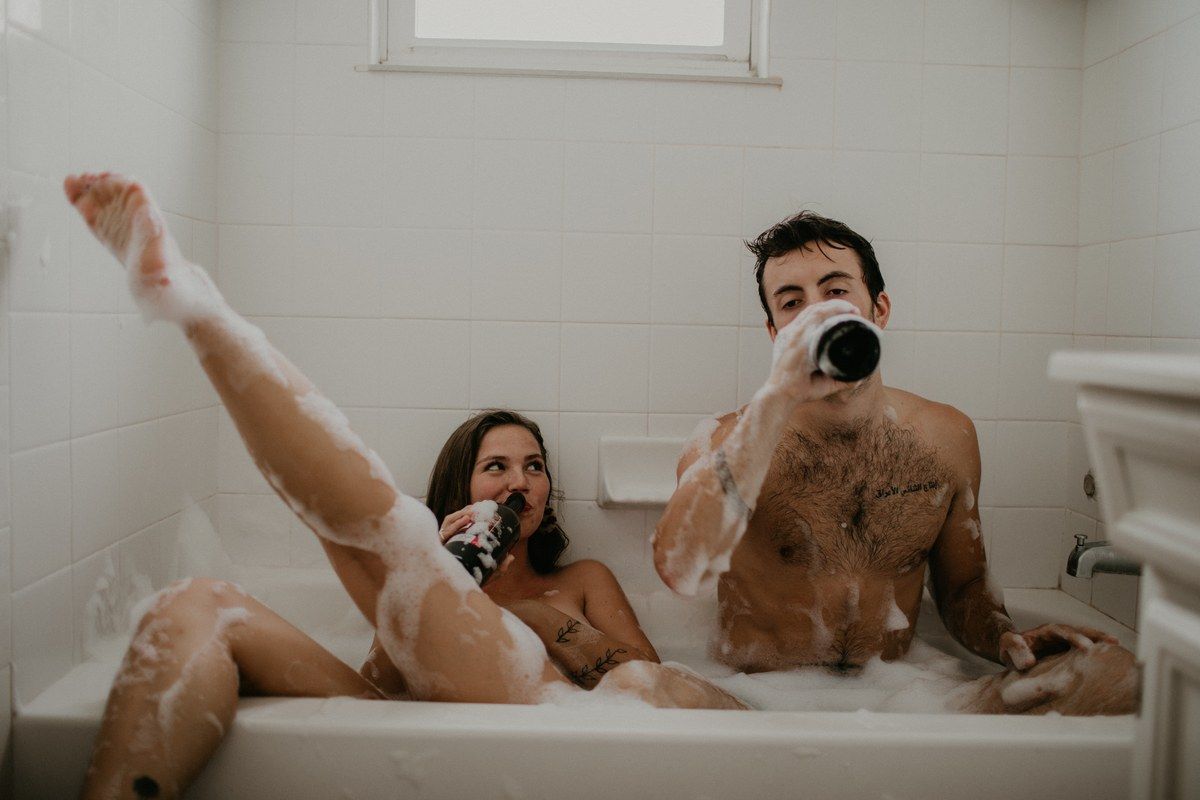 Contrarians (see: Anne Coulter) argue the economic shutdown may cause more human misery than the unchecked virus would have. While we doubt that, there is an interesting parallel to be drawn to our ‘self care’ response to this pandemic, and how ‘looking after yourself’ the wrong way can cause more harm than good.

That’s if you don’t understand, or are willfully ignorant of, the true meaning of ‘self-care’. And in an era where Instagram reigns supreme, and messages like “a journey of a thousand steps starts with a glass of wine” are running – only half ironically – rampant, we find ourselves more guilty of self-delusion than ever (something I know from personal experience).

Worse: many of these messages of ‘self-care’ are promoted by figures who, though their intentions are good, have a larger goal of cashing in on the ‘mental health movement’, without knowing the difference between ‘clinic’ and ‘cliquot.’

Anything to gain influence.

A harsh assessment? Sure. Wrong? Feel free to prove otherwise. In the meantime, and to take the conversation beyond me running my mouth, I called Dr Lars Madsen, one of Australia’s top clinical psychologists, who sits on the board of the mental health charity The Mindshift Foundation.

While I didn’t ask Lars who his favourite influencers were, I did ask about mental health. Specifically: the difference between ‘self-care’ and ‘self-indulgence’. Is it just me who’s going wrong? Or is this an Australia-wide phenomenon?

Lars reassured me that there will be a lot of Australians right now who are struggling with the lack of structure to their self-isolating lives: “Day becomes night, night becomes day, there’s nothing to anchor you.”

“When we’re working, when we’re in our normal world, we’ve always got things that are structuring us, so we don’t have to think too much.”

This kind of situation, Lars tells us, can lead to destructive self-indulgent habits like “watching endless amounts of TV, eating and drinking too much and even abusing illicit drugs or otherwise.”

“Feel-good habits can also start to take over their day and then their week.”

While some feel-good habits are not always bad in themselves, Lars says, “their repetitive nature [can] really crush people’s wellbeing and mental health.” Many of his clients, particularly during lockdown, “complain about feeling bored – finding themselves drinking too much, endlessly watching mindless TV, feeling empty or meaningless and really struggling with that.”

my definition of self care is ignoring everyone all day

That’s not to say people don’t know they’re indulging, just that they’re doing it anyway: “People are pretty good, generally speaking, at knowing where that line is crossed.”

If you are an outlier, Lars has a helpful definition: “When we start to suffer the consequences [waking up with a hangover, feeling depressed and anxious after a day of binge-watching The Bachelor, experiencing self-loathing after a particular kind of internet habit] that’s a good sign to reign things in.”

It’s not rocket science, but it’s something some really need to hear.

When we put to Lars this idea of conflicting messaging around ‘self care’ and ‘self indulgence’, with one scroll of Instagram telling you now is the time to cut yourself some slack and drink all the wine, and another scroll telling us to do 100 push-ups every morning, he told us that, generally speaking, people are smart enough to read between the lines.

“When people say be nice to yourself, take care of yourself, be self-indulgent a little bit, I don’t think anyone out there is really saying, ‘look, smash down a bottle of vodka every night.’ I think what we really mean is be gentle with yourself, be kind with yourself, don’t put pressure on yourself to have all the answers.”

Adding to that, Lars told us, “the reputable people that are saying you need to go easy on yourself would probably be referring to the fact that we need to just accept the situation and control the things we have control over.”

The important message, Lars says, is not to criticise ourselves or “get into negative self talk,” (Lars told us “there is a risk people right now are giving themselves a hard time because they can’t provide for their family, can’t pay their mortgage etc”) but instead be empathetic with yourself.

“‘I feel like a failure because I worked so hard all my life and now I’ve got no control’ – that kind of negative self talk… you need to recognise it for what it is and instead be compassionate towards yourself.”

Real ‘self care,’ Lars told us, is being good to yourself, and finding a healthy balance between making progress on the areas of your life you have control over, and rewarding yourself in a constructive manner.

“Sure: make some nice food, have some wine, but that as the only solution and that as a solution to coping with your situation is not going to work, and I don’t think that’s what the true meaning is of self care.”

To give yourself the best shot at reaching this state, building activities into your day that “relate to enduring and longer-term benefits” be that physical, psychological or emotional, can help.

This, according to Lars, typically means “things like exercise, meditation, maintaining a good diet, restricting your amount of alcohol and drugs, getting a good night’s sleep, avoiding toxic people, reaching out to people back home and talking about your problems [with a trusted friend or family member, or even a professional].”

“These habits require a person to do some planning. It’s not something that happens automatically. Also, it requires a degree of self discipline: ‘I’m going to exercise now because it’s good for me, because it’s good to manage my stress, even though right now I don’t feel like exercising.'”

“Self indulgence, rather, is a much more short term focus: I just want to feel good right not. It’s uncomplicated and not really about any longer-term goals: eating the cake, getting drunk, having sex with someone you know is bad for you, things like that.”

“We can still do those things, but the consequence exists on a sliding scale – if you persist then the consequence is typically negative and not in the interests of self-care at all.

Got it? Good. Your easter eggs await…