We all know how important social distancing is. But the latest flight data suggests we are being let down by another habit. That’s right, in the virus hotspots of the world (the US, China and Europe), there are swarms of planes still flying, while in the lesser affected regions – remarkably in proportion with each area’s reported caseload – there are significantly fewer.

Meanwhile, Australia has 5,136 and New Zealand has 723. Then you have South America, Africa and Russia, as you can see from the following confirmed cases map, which have even fewer cases per one million people.

When you compare this to the latest statistics from Plane Finder and Flight Radar 24, you see a pattern: the more confirmed cases, the bigger the swarms of planes.

This was consistent with images we found on Plane Finder yesterday, which showed at 1am New York City time, April the 2nd, with 2,524 planes in the sky globally, the US… 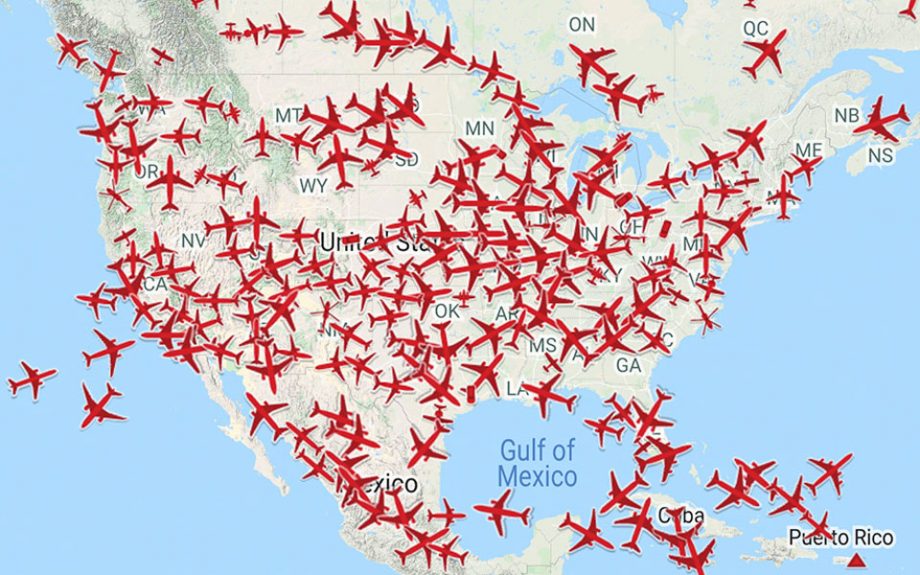 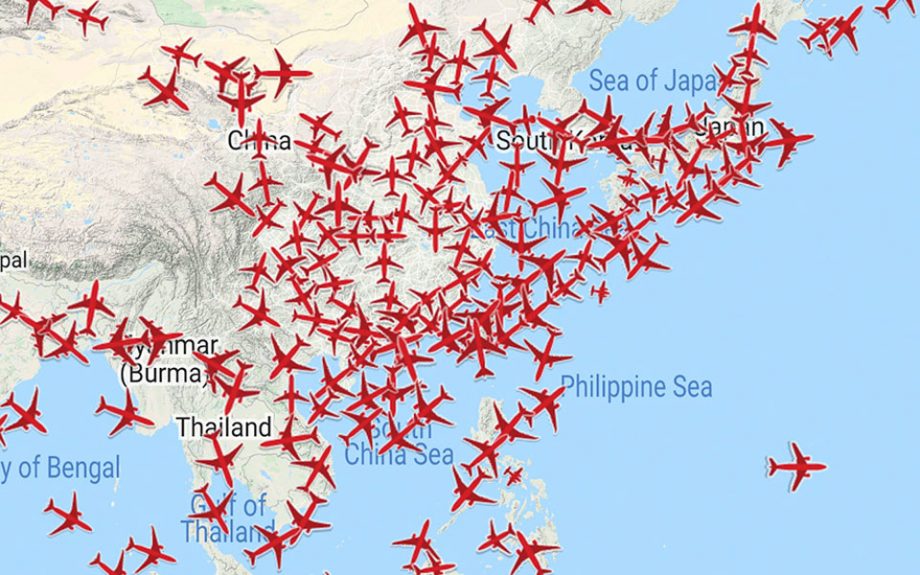 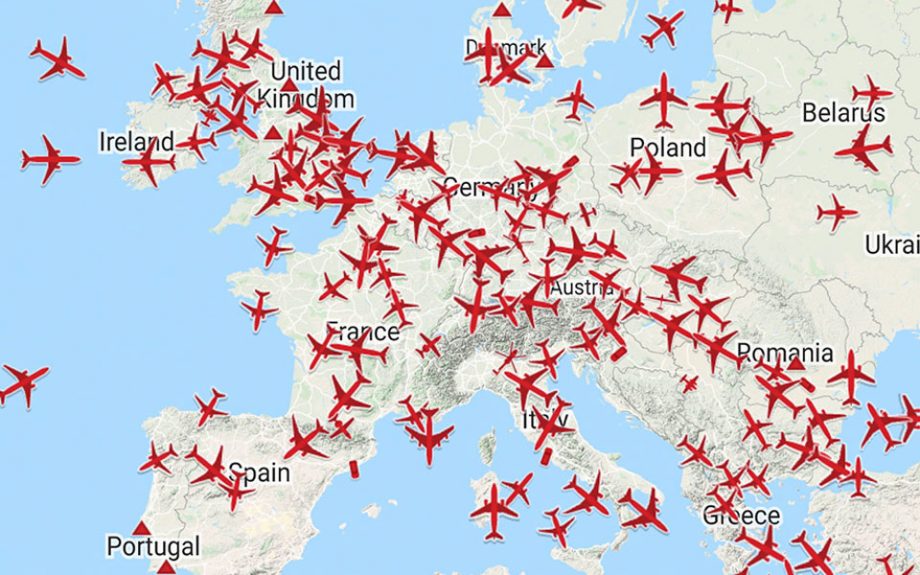 … had by far the most active airspaces.

Now, while any link to these regions’ number of cases would be correlation not necessarily causation, it still raises a big question. Why are people still moving around when these regions are supposed to be in lockdown? Could it be that these are all cargo planes?

According to Flight Radar 24’s data: no. Though the number of commercial flights has dropped from a seven day moving average of 103,761 on March the 2nd, to 42,447 on March the 30th (a 59% decrease), passenger-carrying jets are still operating. 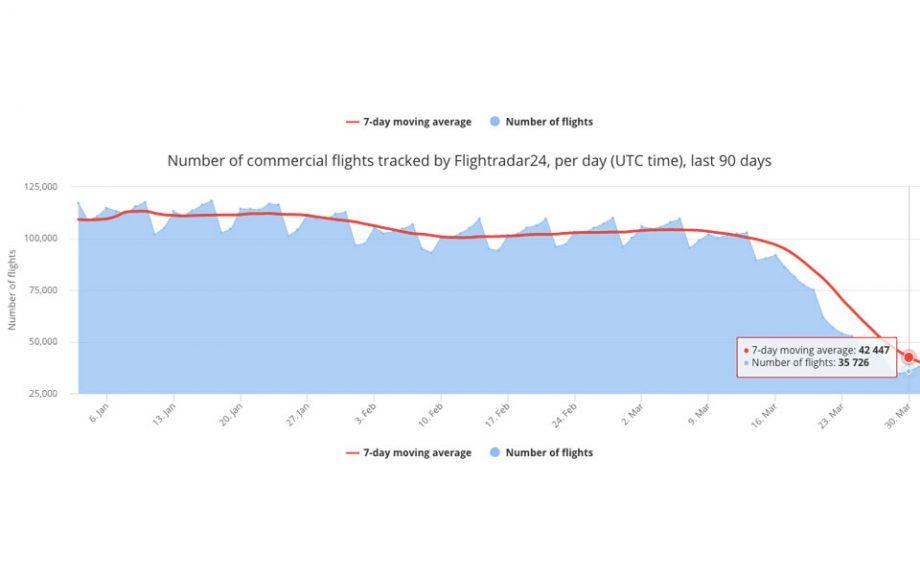 Why? Well, Airlines like Delta and JetBlue are currently offering free flights to Medical Volunteers to travel where they’re needed most amid the crisis.

Then you have commercial operators like Emirates, the world’s largest long haul airline, which was operating intercontinental passenger flights up until the 25th of March (although that wouldn’t account for yesterday’s statistics).

Then, as the BBC reported on Monday, you have airlines (like, at the time of their reporting, BA) still running to help people get home (“tens of thousands of Britons stranded abroad will be flown home under a new government agreement”) and to keep vital links open.

“We are working with European Union (EU) governments to try to keep some minimum flight links open for emergency reasons, even though the passenger loads on these flights will be very low,” RyanAir said, according to the BBC.

As for the US, on Tuesday the 31st of March, USA Today reported similar reasons for the continuation of commercial flights in the US.

“More than 550 flights took off from LaGuardia, John F. Kennedy and Newark airports on Sunday alone.”

Why? “Airlines, industry officials and even health experts say flights are an essential service, for people and cargo, and need to continue during the crisis,” USA Today reports.

To give a concrete example, USA Today quoted infectious disease expert Greg Poland, director of the Mayo Clinic Vaccine Research Group, whose neighbour had to fly to Massachusetts last week for experimental chemotherapy, who said: “People have to go to the grocery store … and there’s some that have to fly.”

“We’re not shutting down Walmart or grocery stores or things like that, but we are putting what I call contextually appropriate layers of protection.”