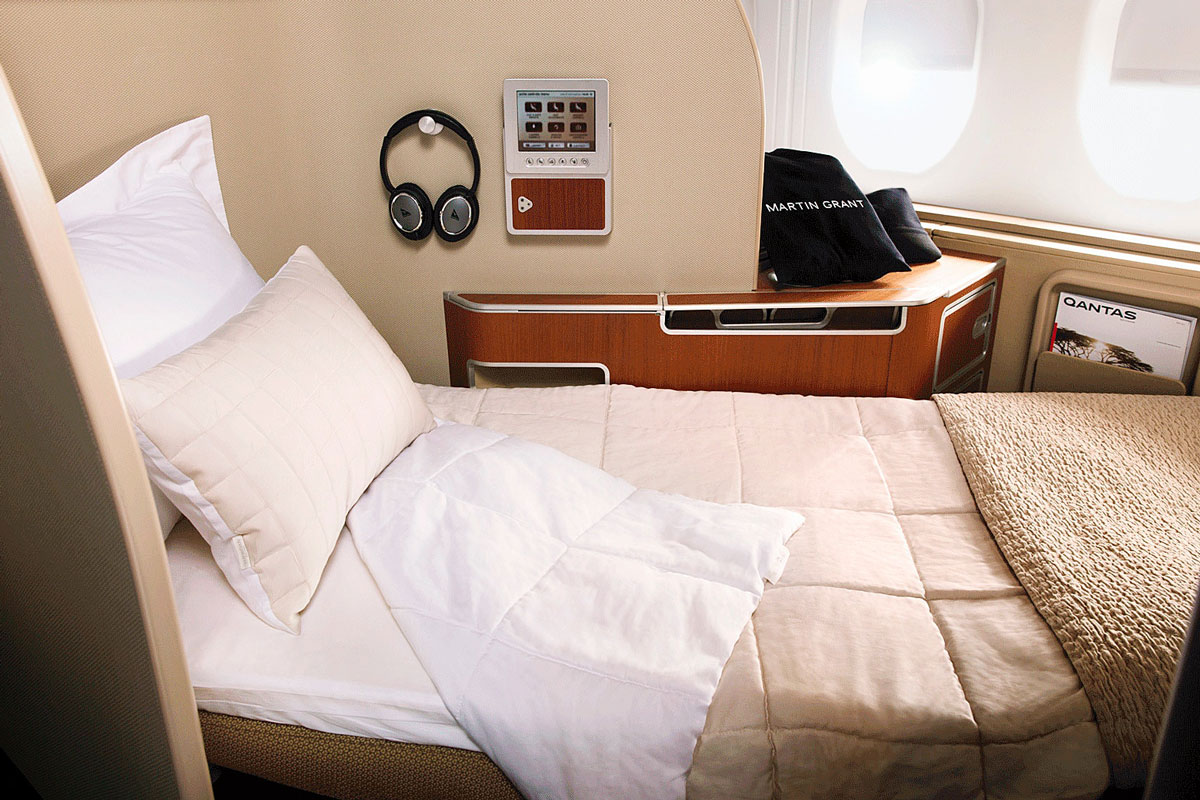 Been hoarding points since these bad boys were state of art? Well you may have no choice but to continue...

Qantas and Virgin Australia are setting new limits on how frequent flyers can use their loyalty points. While this is (benign) good news for points hoarders, who like to watch their balances swell, waiting to one day splurge on the trip of a lifetime (preferably once the global travel industry is back on its feet), it isn’t such good news for those who like to splurge on gift cards or wine.

Industry watchers say this has probably been done to prevent further draining of the carriers’ cash reserves during this unprecedented downtime, which sees 28,000 workers (between both Qantas and Virgin Australia) out of work and over 200 aircraft (also between the two airlines) basking on the tarmac (or at least sitting out of action in a hangar) as the two companies ground their respective international fleets (and much of their domestic ones).

But back to the points redemption changes: Virgin last week, as The Sydney Morning Herald reported this morning, “Suspended the transfer of points from its Velocity loyalty scheme to partner Singapore Airline’s KrisFlyer scheme, and has also limited the purchase of retail gift cards using points to one per day.”

“A note on Virgin’s website says the points transfer suspension is ‘temporary’ and that it looks forward to ‘providing you with this program feature once flight schedules return to normal’, while the gift card limit was ‘due to high demand.'”

The Sydney Morning Herald also reported that “Qantas has limited purchases through its loyalty store to two items of each product every day in response to ‘high retail demand.’ The airline – which says there has not been a ‘run’ on points – has told members the limit was to ‘ensure the continued availability of products to as many members as possible.'”

“Market analysts have highlighted how loyalty members rushing to use their points could be a drain on the airlines’ cash flow, which have virtually no new revenue coming in,” The Sydney Morning Herald wrote. What’s more: “The issue is particularly important for Virgin, which analysts have estimated will use up its remaining liquidity in three to six months.”

Qantas is expected to be able to last more like a year, but still, tightening how points can be used, for the time being, seems smart.

The two airlines have both commented via spokespeople, with a Virgin spokeswoman telling the Sydney Morning Herald, lately, members had shifted their points spending towards goods, gift cards, wine, electronics and merchandise.

“This demonstrates the benefits of a diversified rewards program which enables members to continue to earn and redeem points across a range of categories.”

A Qantas spokeswoman told the Sydney Morning Herald, there had not been a big increase in points redemption, with most members continuing to save “over long periods of time to take a big dream trip.”

However, like most retailers, Qantas was seeing people buy more gadgets online, she added.

As for unredeemed frequent flyer revenue (i.e. points), Qantas’ annual report showed it had $2.4 billion worth in its accounts at the end of last financial year, while Virgin had $497 million liability for unredeemed loyalty revenue.

As for Virgin, its Velocity program made $122 million last year while the airline group itself ran at a $315 million loss (a topic this article covers in more detail).

In more positive news, this all comes amid 12-month status extensions for frequent flyers, doled out by both airlines, which ensures loyal customers won’t suffer (status wise) from not being able to amass their usual miles this year.