Why The Media Needs To Stop Shaming Australia’s Coastal Communities 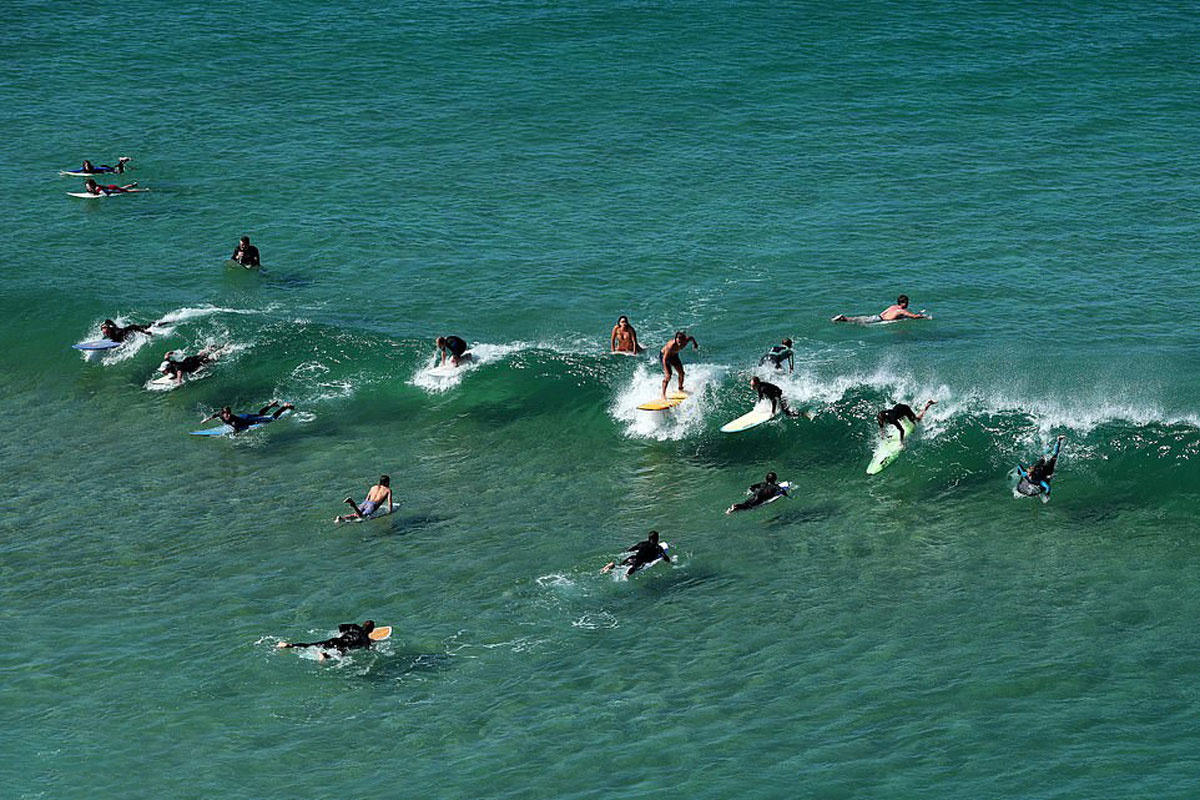 As surfers and bubble butts made international news last week, Bondi became a meme. Local media quickly cottoned on, and now we’re seeing the same story ‘reported’ on every stretch of sand with a Backpackers and Bottle-O.

The next victim? Manly. The most famous beach in Sydney after Bondi.

Manly was shut down on Sunday morning, after a North East swell, classic Autumn offshores and a rising thermometer attracted stupid numbers of surfers, swimmers and tan seekers the previous afternoon.

Everyone from The Daily Mail to The Telegraph got in on the clicks: “Rich Pricks Prioritize THEIR Fitness Over YOUR Health” (loosely paraphrased) they claimed, while forgetting Manly residents, like everyone else in Australia, were just trying to get a bit of exercise.

Yes, a few chose to linger in groups, but these were few and far between. The reason the beach was closed was the sheer number of people using it – a problem residents argue is caused by people driving in.

Though in the scheme of things (we could be in total lockdown like Italy or Spain), it’s nothing to whinge about, and while it’s lazy to broadly dismiss ‘the media’ (which media?), locals were understandably irritated that drive-ins and digital shrills had ruined their chances of going for a dip.

As Internewscast reported, “Residents of Sydney’s northern beaches have slammed police and the local council for closing Manly Beach after thousands flocked to the sand in spite of strict social distancing policies.”

“I find it ridiculous,” one resident wrote on the Northern Beaches Council Facebook Page. “I work 40+ hours a week from my home, live 50 yards from Manly beach and surf for my physical and mental well-being, and train on the grass by the beach.”

Another said he was worried the decision would affect his son, who used surfing to clear his head, while studying for the HSC: “Thanks Northern Beaches Council. I thought you lot were at least using some common sense and acknowledging surfing as a form of exercise.”

“Now I am truly worried about his mental well-being.”

What both miss is that the beach closure was probably the best thing that could have happened to locals, as it sends a message to non-residents it’s not worth coming, making for a sparser mid-week (the beach re-opened on Monday). And with the Easter long weekend coming up it was an especially smart call – one day of heavy-handedness could save the council a week of disobedience.

This brings us back to media manipulation. As we mentioned, we have no problem with the council’s decision to shut the beach. Just because a line can’t be drawn perfectly doesn’t mean you shouldn’t draw one at all. And we happily submit to this jackboot in other aspects of our lives (speed limits, etc).

What we do have a problem with, is media turning Australians against each other at a time we need to pull together – something we discussed last week with a clinical psychologist, who explained the mindset of living in Bondi (he concluded even though they’re stereotyped as arrogant, it’s the suburb’s fame, not the residents, necessarily, who are to blame for the crowds). 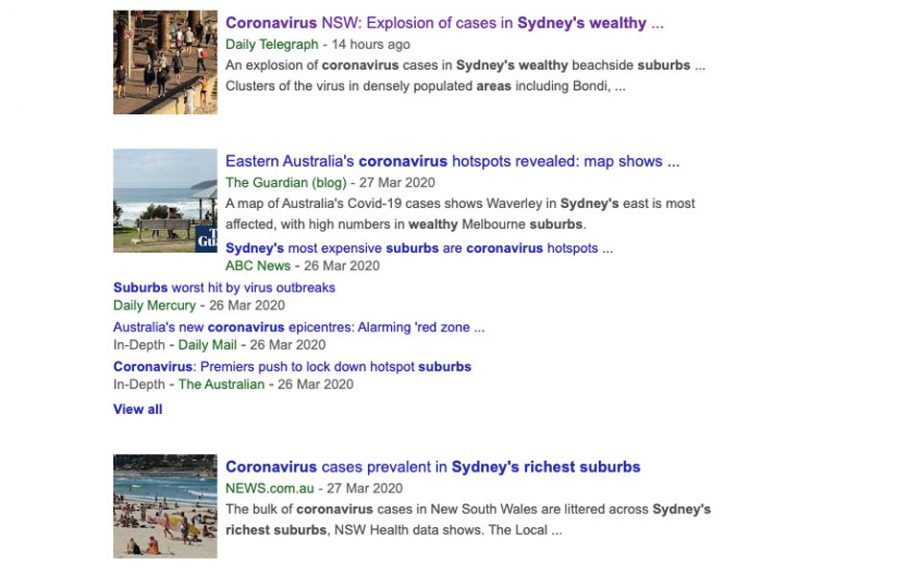 Being rich isn’t the only thing these suburbs have in common –they are also some of the most populous.

It’s much the same in Manly, with local photographer Sprout Daily taking to Instagram on Sunday to reveal an optic trick used by Australian media to make beachgoers look closer than they really are: “I’d say it was pretty mellow at Manly yesterday. I guess it depends where you look.”

I’d say it was pretty mellow at Manly yesterday, I guess it depends where you look. Find some space to yourself out there to stretch swim, surf, etc, there’s plenty of it. Just make sure your space is not too close to mine ok?). NOTE: No incriminating zoom lenses were used in these photographs @newscomauhq | #lifeatdawn

“Find some space to yourself out there to stretch swim, surf, etc, there’s plenty of it. Just make sure your space is not too close to mine, ok?

“NOTE: No incriminating zoom lenses were used in these photographs.”

Heard any better shade thrown over the weekend? We’ll wait. Anyway, the post split opinion, with one commenter writing: “Still too many people out in Manly. Stay home to save lives. The more people go out the longer this will linger.”

Most followers agreed with Sprout Daily though. “Too many sensationalised articles making non beach communities jealous and upset,” one wrote, while another said: “That beat up yesterday! Those photos looked remarkably similar to some from a few weeks ago.”

Further comments included, “Fake news yesterday at Manly” and, “It’s the media, and people who drive over on the weekend who are the problem.”

“The Telegraph had a telephoto lens squashing everyone close together yesterday,” another remarked.

With the long weekend imminent, we anticipate the saga will continue.