Don’t skip past this valuable knowledge. 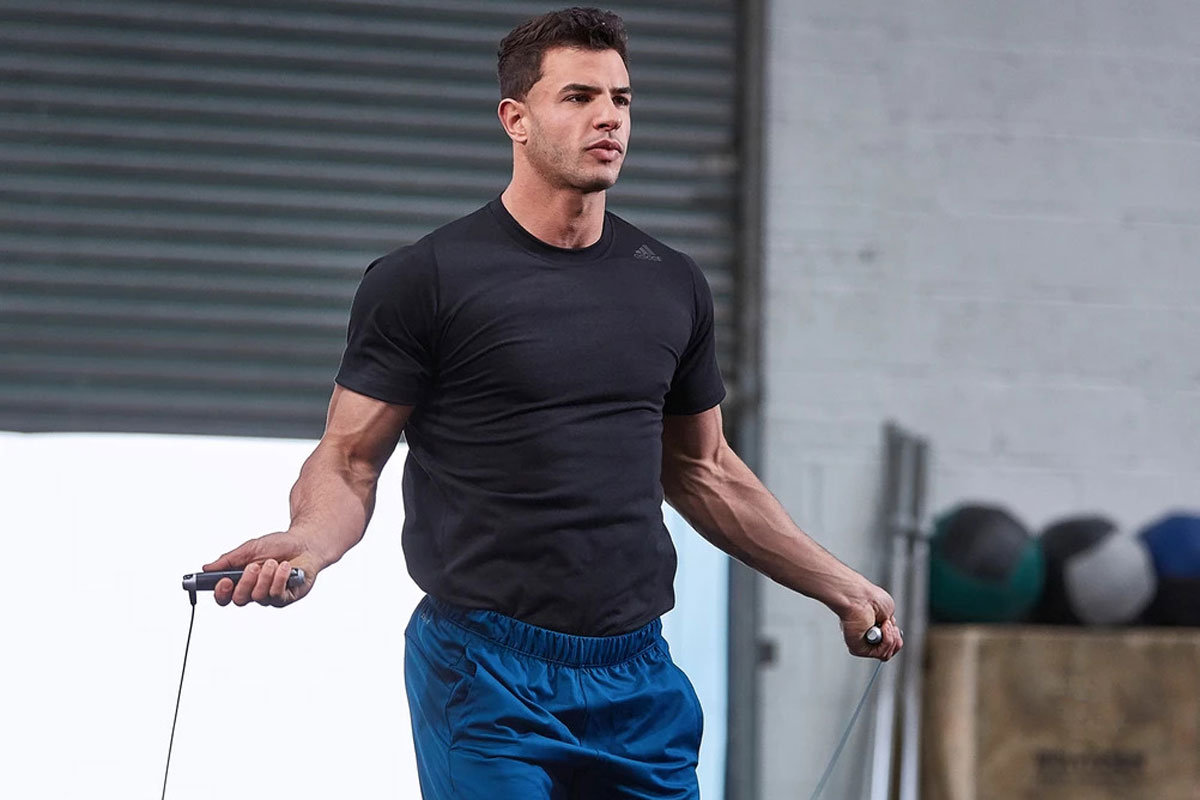 It’s highly likely you already do some form of cardio exercise on a regular basis, and we’re going to assume that it’s going to be running, walking or jogging. But have you ever considered skipping? Skipping rope is favoured by professional boxers because it allows them to improve their footwork, their overall conditioning and even their mental strength, due to the patience required to learn more complex moves.

If you haven’t tried it before, then you may be surprised to learn that jumping rope for ten minutes can have the same benefits as running a mile in eight minutes, and if you commit to 30-minute high-intensity skipping workouts, you can get ripped quicker than running out on the streets. But if you already do skip, then there’s a good chance you’ve never skipped like Buddy Lee.

The American fitness trainer, former wrestler and former jump rope conditioning consultant to the US Olympic team certainly knows his way around a rope and is widely regarded as being the best in the world at teaching others how to effectively jump one too. It’s easy to see why when you watch his videos on his Instagram and YouTube channels. Skipping ropes are incredibly easy to find and are cheap to buy, such as this one which can be yours for under AU$10, so injecting some exercise into your day has never been easier.

But first, what is the best way to jump a rope? Buddy Lee is on hand to tell you, indeed there’s more to it than this writer first thought. There are several factors that can influence the fitness benefits you get, such as the length of the rope. As Buddy clearly explains, you’ll want to start with the rope reaching your shoulder when you stand on it and adjust the handles so that they’re the same length.

Eventually, you’re going to want to have the rope at a length that reaches your chest, because the shorter the rope, the faster it will spin and thus the quicker you will need to jump. He also explains that the surface you jump on can have a significant impact on the way you jump (whether it’s bouncy or not) and how it causes friction with the skipping rope. Ultimately, he says you should avoid concrete surfaces, but others such as artificial turf, rubberised surfaces and wood are all good.

So you’ve got your rope and the right length and you’re on the right surface. How do you start skipping? Buddy says you should first get the jumping technique nailed down before you even pick a rope up. For this, you want to have an upright posture keeping your core tight for stabilisation and to be looking ahead. You then want to jump and land lightly on the balls of your feet.

Once you have a consistent jump, you want to grab a rope and have it out to your side in one hand and rotate it so it’s in line with your jump. Buddy calls this ‘shadow jumping’. As soon as you’re synced up, you can begin skipping. Buddy says the best way is to perform one jump, before returning the rope to its starting position and performing it over and over again. You should start with the rope in the back of your knee joint.

Once you have the basic jumping method nailed down, you can start incorporating extra moves such as alternating your feet. The key is to count your steps in blocks of four. For example, you could do four regular jumps and then count to four again but alternate feet each time. You should find you’ll keep time and not get tangled up in your rope.

If you stick at it, then you may be able to work your way up to performing some of the mind-boggling tricks Buddy is able to do with a rope and some very quick hands.