2020 Could Be Australia’s Best Ski Season In Years, Meteorologist Claims

“All of the ingredients are right for bumper snow falls this season.” 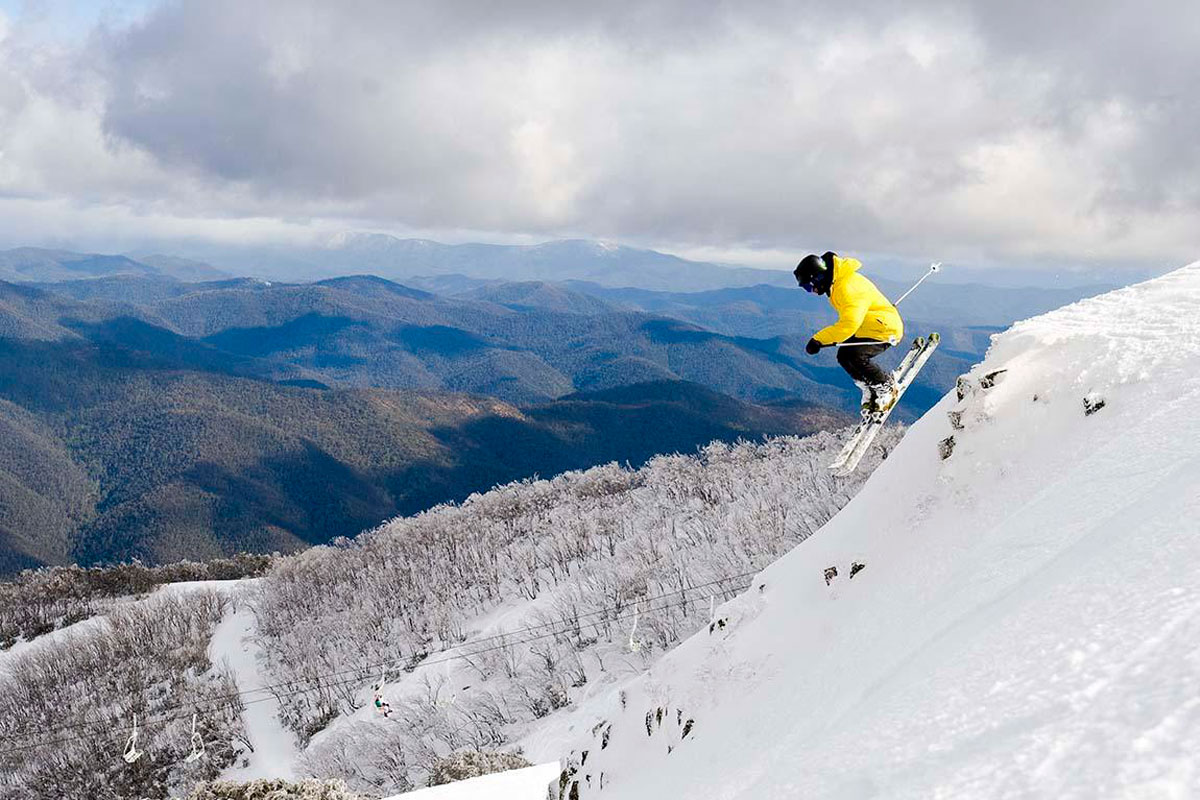 Dig up your thermals and pour some schnapps – Australia’s ski season just got thrown a lifeline. Better yet: 2020 could be the best season in years.

The media release stated: “NSW citizens will be able take recreational trips across NSW, as long as they maintain social distancing and good hygiene.”

“Very pleased to share that this means we will have a ski season this year,” Deputy Premier John Baliaro said.

On top of that, this could be the best snow season Australia’s had since Angelina Jolie and Brad Pitt were an item. There are two reasons for this. Firstly, though resorts are opening, they will do so with certain conditions, which may see the slopes less crowded than usual.

Secondly, and most importantly, El Niño drought “factors” that have plagued us of late have now switched off, leading experts to say this year’s snow season could be the best we’ve had in years.

As meteorologist Nate Byrne explains, writing for the ABC, “Waters have finally warmed off the north-west, providing a good source of moisture to be dragged across to the east by cold fronts that are once again skimming through southern Australia.”

“The increased moisture means that the long-range outlook for winter so far is a lot wetter than we’ve seen for years.”

“Add in cold air from Antarctic waters making it up to Australia’s south-east, and all of the ingredients are right for bumper snow falls this season.”

As for the crowds – or the potential reduction thereof – here at DMARGE we’re drawing hope from a recent report by The Australian Financial Review. As reported by the AFR, Australian Ski Areas Association chief executive Colin Hackworth said winter 2020 will look quite different to years past.

“Social distancing is going to be with us for some time to come, certainly longer than by the end of this ski season,” he said.

“In ski lift queues, for example, tip to tail with your skis plus horizontal spacing. Riding on ski lifts, you ride with your family or co-habitating members or you ride alone.”

“With equipment rental, it may be that helmets and clothing are not rented out this year unless the resorts can guarantee that it is safe to do so.”

While these changes could also make for a more frustrating experience if the same number of people (2.5 million) hit the snow in 2020, if the threat of them (and The Pandemic they’re designed to curb) keeps enough people away, who knows, maybe you’ll be able to complete a Green Run this year without being knee-capped by an errant snowboarder?