The Only Way Australia’s Tourism Industry Can Save Itself, According To Experts

“Survival of the industry must still include sustainability planning and development.” 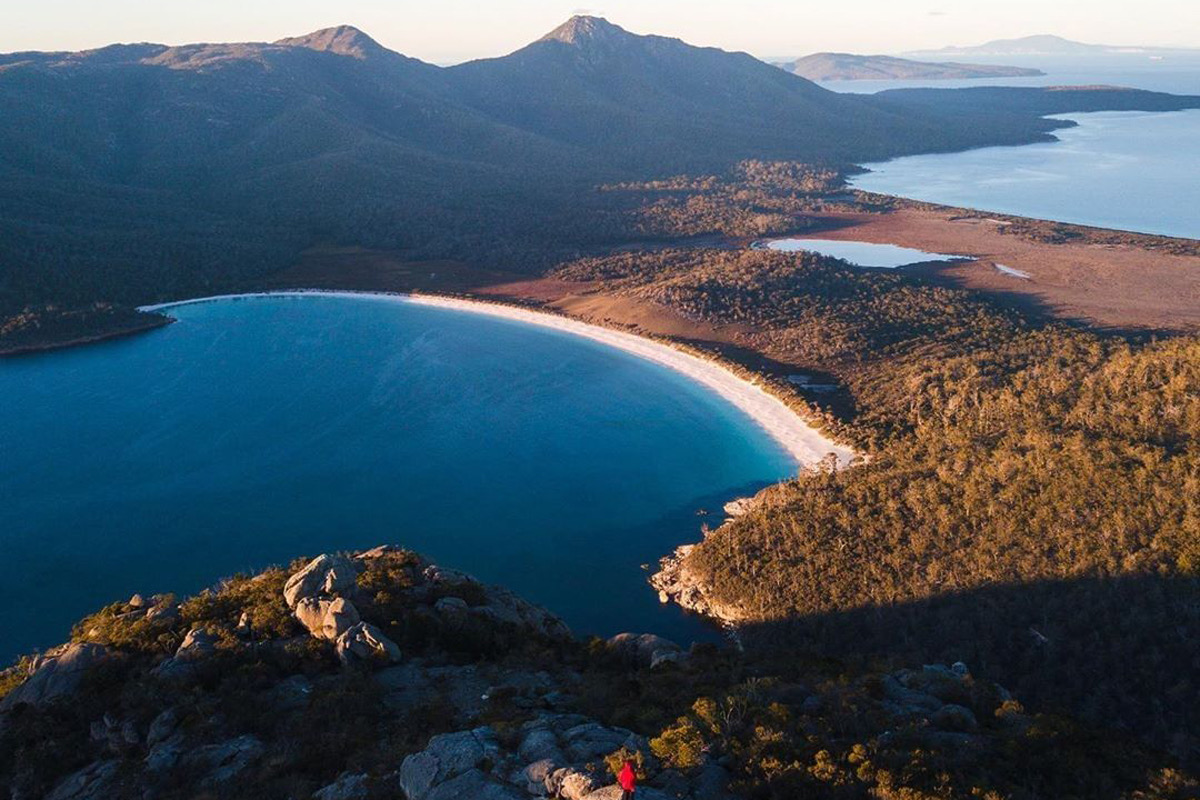 It’s no secret Australia’s tourism industry recently came to a rubber-burning halt. With borders closed not just to international travellers, but to domestic travellers wanting to head interstate as well (cheers, Queensland), it will be some time before business can boom once more.

This is worrying because, as Flight Centre chief executive Graham Turner recently told The Australian, not only is this negative for the economy but “many tourism companies will be decimated if domestic travel restrictions are not lifted within a month.”

He said this about a month ago, and though we are now seeing intrastate travel on the cards once more, things are still moving slowly. Which leads us to today’s hot topic: what the hell is Australia going to do about its tourism industry?

Contrary to what you might think, the answer is not necessarily government support. In fact, the most effective way to get Australia’s travel industry back on its feet is for it to support itself.

Before we get to that: here’s a brief run-down of the current state of affairs, domestically.

New South Wales Premier Gladys Berejiklian has announced regional travel will be able to take place within the state as of 1st June, but Queensland is remaining stubborn, saying it doesn’t plan to open its borders to other Australian states until at least September, in a bid to minimise the potential threat of a second wave of the COVID-19 virus.

Victoria has said it will allow its residents to travel to holiday homes and other private residences within the state, and public camping grounds can reopen, but any communal facilities must remain closed.

Northern Territory, Western Australia and Tasmania are in similar boats.

Even in this state of easing restrictions, it’s going to be tough to outrun the dire predictions flying around that the entire Australian tourism industry may be “up to 30 per cent smaller by 2022.”

As Graham Turner also told The Australian, smaller tourism operators won’t have the financial support – even with Government payouts – to weather the coronavirus storm unless businesses can start generating income.

This is something Tourism Australia managing director Phillipa Harrison knows all too well. Also speaking to The Australian, she said the Government-run agency is already in the process of “overhauling its strategy” so that it can better-promote holidays and travel within Australia.

Central to this is encouraging those Australians that haven’t seen some of their home country’s hotspots to buckle up and do so (when domestic travel is once again encouraged, as it soon will be).

“Tourism Australia is going to be focusing on encouraging those people to holiday in their own backyard next year and take some of those things that they have had on their bucket list for a while and do those.”

She also pledged her support for opening borders to our Kiwi cousins, claiming “New Zealand is our second-biggest inbound market.”

On top of that, global tourism expert, Professor Marianna Sigala at the University of South Australia, believes Australia’s tourism industry must change how it operates, rather than just go back to “business as usual” if it wants to thrive in a post-pandemic world.

The key? According to Professor Sigala, it’s prioritizing sustainability and wellness.

“There’s no doubt Australia’s tourism sector is suffering – we started the year in recovery following the devastating bushfires and then, before operators were even back on their feet, we were hit with the Covid-19 pandemic, and everything rapidly shut down,” Prof Sigala says.

“Everyone is keen to re-active our tourism industry, but we must not default to ‘business as usual’. A new restart rather than a recovery to the old normal is more reasonable.”

“COVID-19 has led to profound changes on tourists’ behaviour and expectations as well as on industry operations which are predicted to have long-lasting impacts. We need to take advantage of the slow-down to reflect, rethink and plan for improved practices and behaviours,” the Professor said.

“This includes revisiting how tourism activities impact communities; respecting nature and surrounds to ensure we’re enhancing and giving back to the areas and assets that draw tourists; and we need to do that with a mindset that shows we are ready for a successful and sustainable future,” she added.

“A tourism resetting plan that encompasses responsible tourism, seasonality and climate change, and importantly, practices that benefit all stakeholder – operators, visitors and communities – and their tangible and intangible cultural assets, could position Australia as a world exemplar in re-imagining and leading new tourism management in the post COVID era.”

Professor Sigala also argues that we should look to the positive environmental impacts the pandemic has had as inspiration for a post-pandemic world.

Though we want ~travel~ to go back to normal for the sake of the economy, Professor Sigala reckons that it may also be economically beneficial to find a way to keep the Himalayan skies and the Venice canals clear of pollution (as they are right now), even if that potentially means (more) pain to the industry in the short term.

Closer to home, Professor Sigala says, though Australia had been making positive steps towards these kinds of goals (in October last year, Uluru was closed to climbers as a mark of respect to the traditional owners of the land), recent calls from Northern Territory business groups to reopen the climb for the sake of tourism shows we still have a lot to learn.

“While isolation has enabled physical environments a chance to recover from the lack of mass tourism, we must find a balance between caring for tourism assets – and the communities in which they reside –valorising them for supporting tourism activities within and around these locations,” Professor Sigala says.

“When we commoditise and commercialse a cultural asset, we risk transforming it into an attraction driven by visitation defined by economic growth.”

“The trade-off between economic and other values is our current mindset, and this needs to shift.”

The World Tourism Organization estimates that international tourist arrivals could drop to 78 per cent, which translates to a drop of up to 1.1 billion international arrivals and a loss of US$ 1.2 trillion (nearly A$1.9 trillion) in export revenues from tourism, representing the largest decline in the history of the industry.

Under these dire conditions, survival of the industry must still include sustainability planning and development.

“Sustainability management should not be viewed as an expense to be managed, but as an investment for the future,” Professor Sigala says.

“Australia must continue to implement activities to keep customers, tourism staff and businesses engaged and ready for when travel restrictions lift.”

“We need to communicate to the wider and international community that we are not in hibernation, but rather we are upgrading, innovating and introducing sustainable changes in our tourism offerings and operations that enhance the well-being of tourists and our communities.”

All up? When tourists come back: “we should be welcoming them to a better, more ethical and more sustainable tourism industry,” Professor Sigala concludes.

In the meantime, it’s up to us to spend our holiday dollars in a way that promotes this kind of decision making.