This $49 Tough & Stylish Field Watch Is A Robust Daily Wearer

Rugged style and the capability to match. 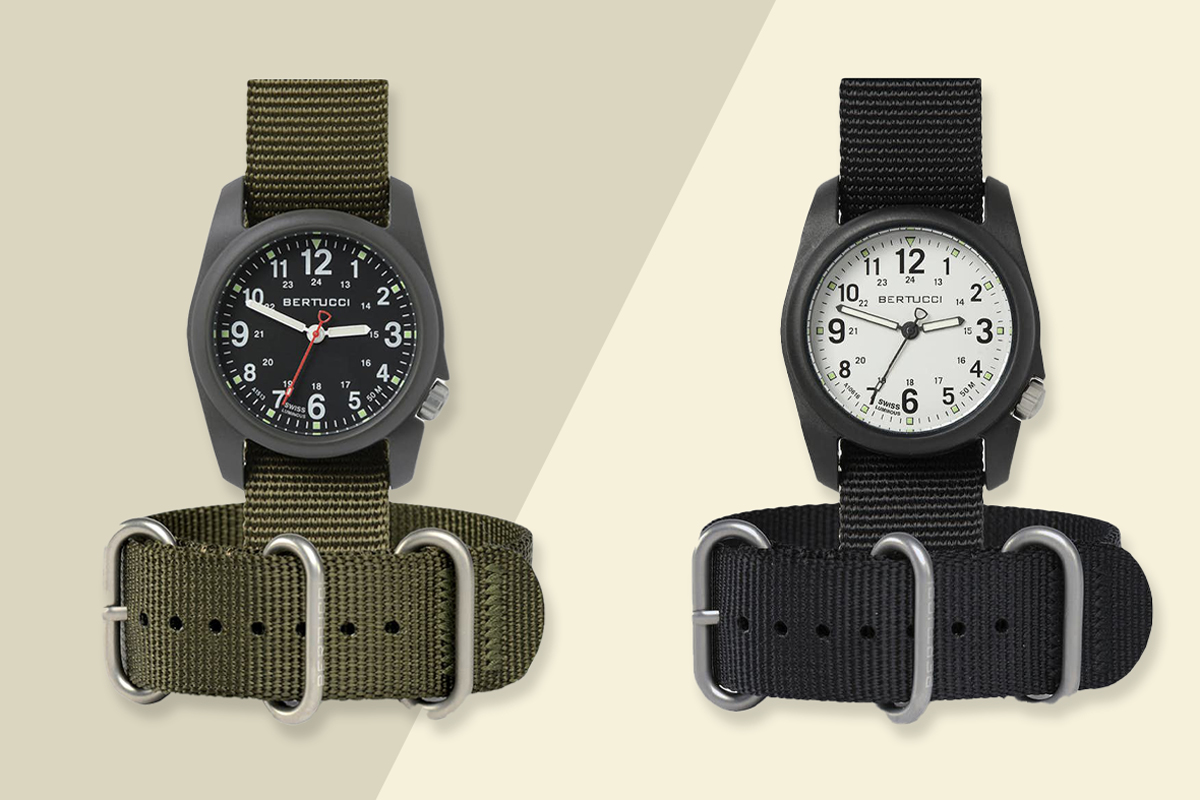 It’s a shame that some nice watches aren’t able to handle most of the things we do on a daily basis because they’re relegated to special occasions like your dad’s second marriage. There is one such quality watch that is capable of everything you could throw at it though and it laughs in the face of fragility. It’s called the Bertucci A-2R DX3 and it can be yours for only $49, a saving of just over 60%.

The watch features military-style cues and its quartz movement is made in Japan. It also features a water resistance rating of 50m, nylon strap, a crown positioned at 4 o’clock to prevent it from digging into your wrist, and a fibre-reinforced polycarbonate case. These features enable it to go pretty well anywhere and do anything without worry of damaging it.

Whilst it might not be the most ‘on-trend’ watch design, its simplistic style has a sense of timelessness to it and with some wear, scratches and dings, it would add a whole lot of character. At $49 it’s capable as all hell and will go with you, wherever you go.