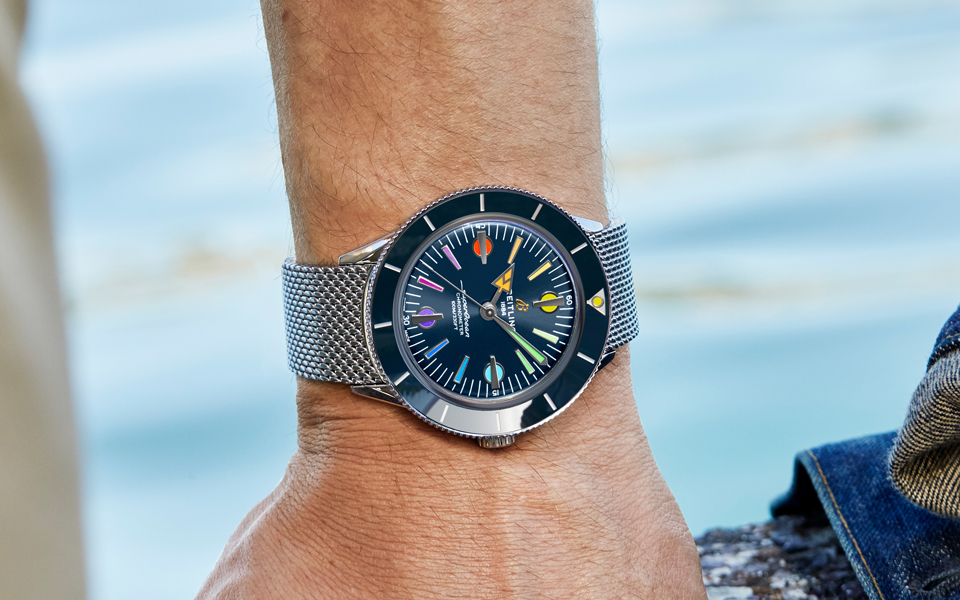 Breitling loves a limited edition timepiece. The Swiss watchmaker frequently collaborates with external partners, such as Bentley, but also releases models with some quirky adjustments to previous designs. Nowhere is that better exemplified than with the Superocean Heritage ’57.

Breitling released a Limited Edition version of the ‘retroesque’ watch just earlier this year as part of its first-ever webcast, held in place of the Watches & Wonders show so that the company could still announce new models during the global pandemic.

Not only is this model, in our opinion, unbelievably cool, with the blue dial perfectly complementing the multi-coloured markers, but Breitling has also made it a charitable piece. By that, we mean a portion of the proceeds made from the sale of the 1,000 units will be given to charities in countries “hit hardest by the pandemic.”

Breitling has already selected six charities (in France, Japan, Italy, Spain, the UK and the USA) and will give a further CHF1,000 to them for the first 100 models sold via its own online store. The company has said it will end up donating a total of CHF 500,000.

CEO Georges Kern said, “We were amazed by the popularity of the Superocean Heritage ’57 Limited Edition, which told us that we could do something for the incredible healthcare workers. They have sacrificed so much and we wanted to make it clear how much we care with this new version of our own rainbow.”

One model of the ’57 Limited Edition II will be auctioned off by Charitybuzz, with the winning bidder not only receiving the watch but also getting to have a live video chat with Kelly Slater, the most successful competitive surfer of all time.

It can be had with either a gold-brown “vintage-inspired” leather strap or an integrated Ocean Classic stainless-steel bracelet. Breitling also offers six different colours of Outerknown (Kelly Slater’s surf brand) ECONYL NATO straps, but these are available as optional extras.