Distance is but a number. 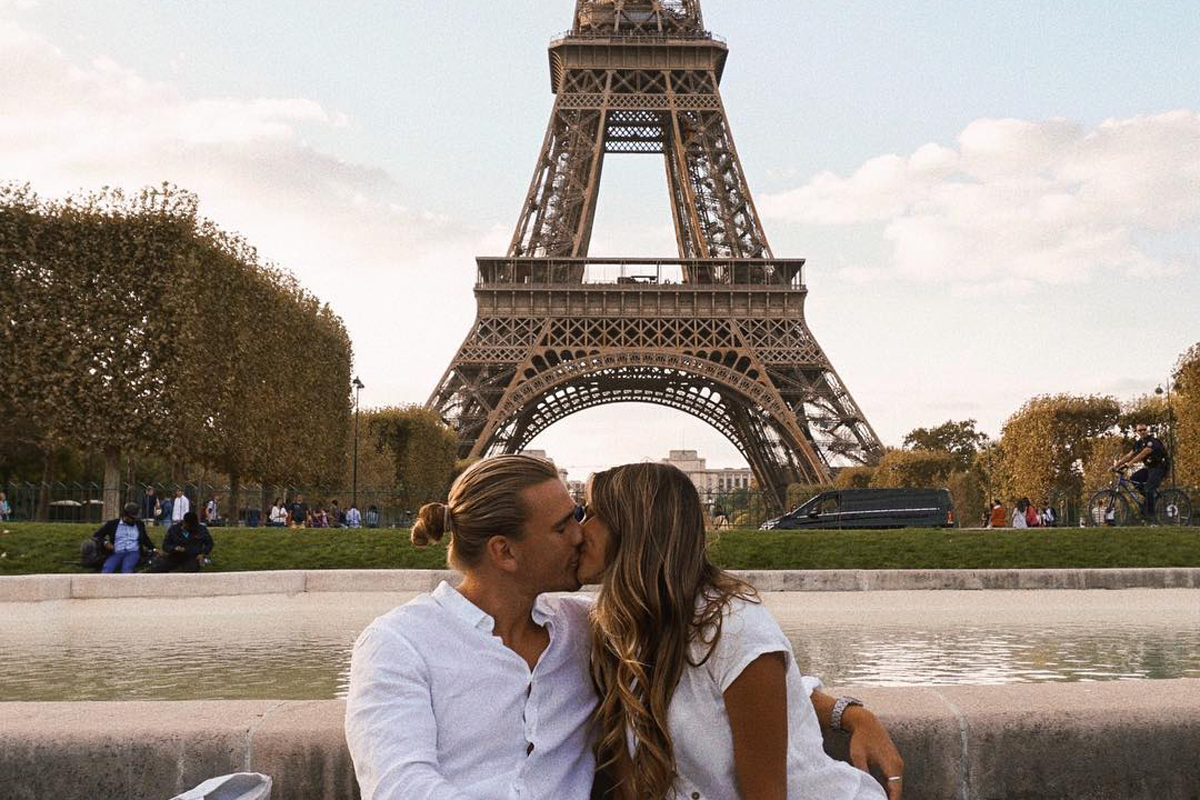 When the pandemic hit and put us all on lockdown it changed the dating landscape entirely. No longer were we able to be just a swipe away from a quick hook up, or from going on a date with the potential love of our lives. To overcome the obstacles, dating apps such as Tinder, Bumble and Hinge introduced video-calling features to give singletons the option of having virtual dates with their new squeeze.

Tinder and Bumble took things one step further by opening up the restricted nature of their respective ‘Passport’ and ‘Distance Filter’ features. Tinder made its feature available free for everyone, instead of those on the paid-for premium tier and Bumble relaxed the restrictions of its distance filter, allowing users to match with anyone, anywhere in their home country instead of within the default 160km radius. Bumble also has an additional ‘Travel Mode’ that does let you find and match with users in other countries, but this remains a paid-for feature.

With Tinder Passport, users can find and match with people all over the world.

The idea isn’t necessarily to just create potential love interests, but for people to just interact with people they would never normally come across, to see how they’re doing during the quarantine.

The feature has been around for a couple of years now, and neither Tinder nor Bumble were first past the post to introduce it. OkCupid has had the ability for members to chat with others around the world for some time. One member, Dale Markowitz, spoke of his experience in an article for The Atlantic in 2018.

After becoming bored with the dating scene in Manhattan, NY, he expanded his search radius, but thought early conversations would be awkward because “what were you supposed to say to a complete stranger you’d probably never meet?”

But he spun this thought process around and turned it into, “What couldn’t you say to a complete stranger you’d probably never meet?”

“Freed from the pressure of a pending outcome—no question of a second drink, moving to a second bar, or going back to anyone’s place—I became immersed in these conversations that lasted, sometimes, for hours.”

RELATED: Important Dating Rules You Need To Know Before Hooking Up In France

It’s this kind of thinking that spawned the Passport feature, and more recently, the thinking behind making it available to everyone. But has it actually proved successful in the recent months for singletons all around the world? Travel blogger Ciara Johnson posed the question to her Instagram followers, asking if anyone had found a “foreign bae.”

The post has since attracted a lot of comments (and provides an insight into what Bumble’s ‘passport’ feature is like to use).

She then added, “Brazil was my favourite but I can’t speak Portuguese so I don’t know why I “went there.” Using Google Translate constantly is not fun but hey know I know some very basic Portuguese.”

Another user adds, potentially sarcastically, “Been doing it for weeks now been round the world lol, some cuties but no one that can actually keep an interesting conversation… I think there’s only a certain type of men on these apps, do you agree or am I too picky?”

Others have questioned whether they will actually meet up with any far-flung matches once the lockdown lifts, “So we just pen pals, naw I need a travel bar when this is all over. [sic]” says one Instagram user.

As for the hot and heavy part of the ~interaction~, this isn’t the place to go into details, but if you’re looking to improve your hook up abilities this 21st-century guide to casual sex is for you.

Reddit has a thread dedicated to the Tinder Passport feature, and a user on there is also sceptical as to the actual usefulness of being able to speak to anyone, anywhere, “Why bother swiping right on a girl that far away anyways? I don’t care if you are a Playboy playmate of the year, if you are 3700 miles away that’s a hard pass. F*ck long distance.[sic]”

Food for thought, most definitely.

On the subject of travel, if you do manage to spark up some fun and interesting relationships with various people in different continents, you could find yourself with accommodation when you start travelling once the pandemic subsides. It’s something blogger Anthony Botta has done, going by the alias Tinder Surfer. He uses the app to match with people and then travels to meet up with them. The fact he continues to do so clearly means the dates aren’t successful, however.

There’s nothing to say you couldn’t do the same. It just might take some courage and obviously, the willingness to travel several thousand kilometres.

But when love is at stake, would you let something as trivial as distance stand in the way?