Study Provides Best Excuse Yet For Indulging After A Night Out

The hangover feast is worth it. 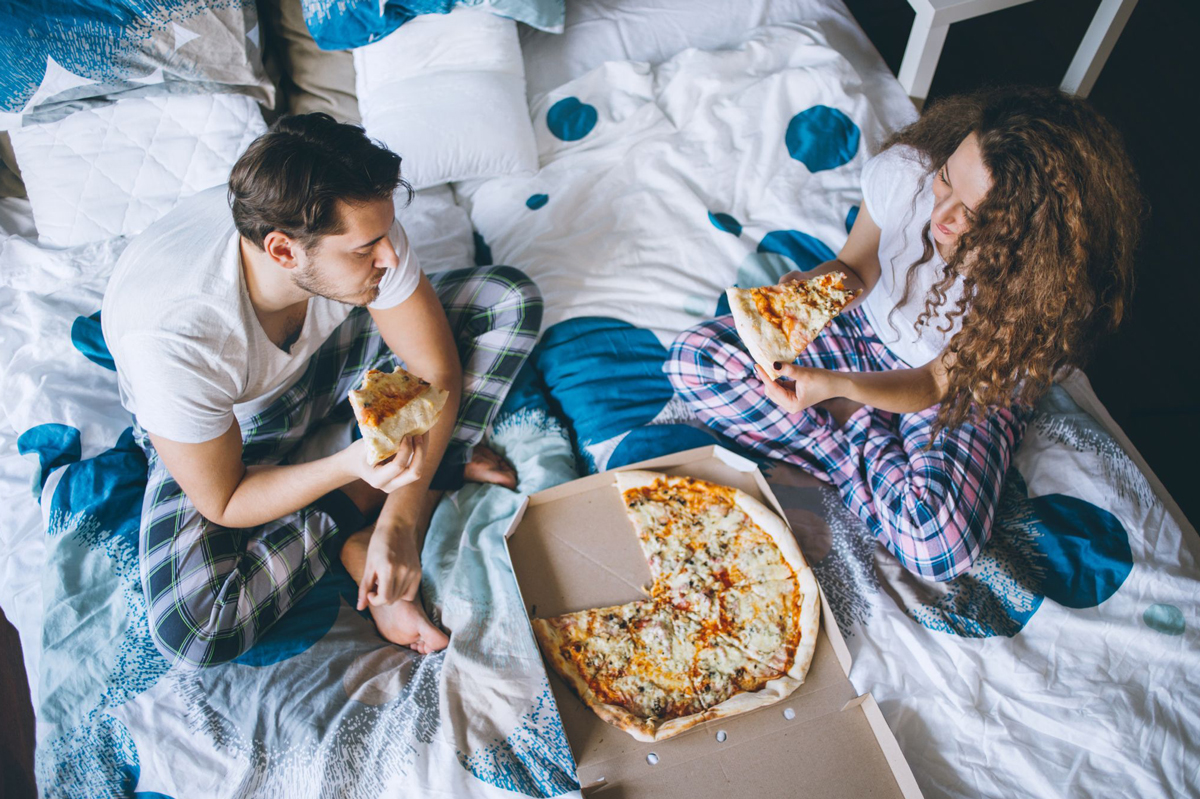 Picture this: you’ve had a sly little blowout, either out or at home. You’ve put back a few too many beers, vodka sodas and tequila shots and the next day, all you want to do is to stay under the covers, repressing any memories you may have and ignoring anything you may have posted to your Instagram story.

But while you may think the vast majority of Australians will get a grease-filled Macca’s breakfast or any other sort of fried food to soak up the pain, there is actually a scientific study to prove the exact opposite is true of some people, and it could soon become a genuine health concern.

Research from the University of South Australia (via Science Daily) has resulted in the coining of the term ‘drunkorexia’, and it refers to the behaviour of not eating anything the day after a drink-fuelled session, in an effort to counteract the copious amount of alcoholic calories consumed.

The results were collected from a study carried out on 479 female university students aged 18-24 years, 82.7 per cent of whom admitted to engaging in ‘drunkorexic’ behaviours within the previous three months of the study taking place.

Researchers also found 28 per cent of the sample group “regularly, and purposely skipped meals, consumed low-calorie or sugar-free alcoholic beverages and purged on exercising after drinking to help reduce ingested calories from alcohol, at least 25 per cent of the time.”

Clinical psychologist and UniSA Alycia Powell-Jones described the pattern of behaviour as “concerning”.

“Excess alcohol consumption combined with restrictive and disordered eating patterns is extremely dangerous and can dramatically increase the risk of developing serious physical and psychological consequences.”

She added, “…many of us have drunk too much alcohol at some point in time, and we know just by how we feel the next day, that this is not good for us…”,

“…but when nearly a third of young female uni students are intentionally cutting back on food purely to offset alcohol calories; it’s a serious health concern.”

As for why young females engage in such behaviour, Powell-Jones suggested it is likely due to cultural and social norms, including “consuming alcohol and thinness”, and to help “manage social anxieties through becoming accepted and fitting in with peer group or cultural expectations.”

While this data is skewed towards the female population, there is partial evidence to suggest it can be carried over to males as well, as Powell-Jones already says in this study”…young adults are more likely to engage in risk-taking behaviours, which can include drinking excess alcohol.”

She added, “In Australia, one in six people consume alcohol at dangerous levels, placing them at lifetime risk of alcohol-related disease or injury. This combination of high alcohol intake and restrictive eating behaviours can result in a highly toxic cocktail for the young population.”

We reached out to Alycia for further comment. She referred us to a separate study carried out by Hahn et al. 2020, which also looked at the effect excessive alcohol intake could have on dietary self-monitoring. It too found that both men and women engage in behaviours associated with drunkorexia, however “among women, knowing and counting calories predicted all problematic alcohol use behaviours.”

Results were less conclusive for the male population, although there is certainly evidence to suggest guys will restrict their food intake from knowing the number of calories consumed after excessive drinking.