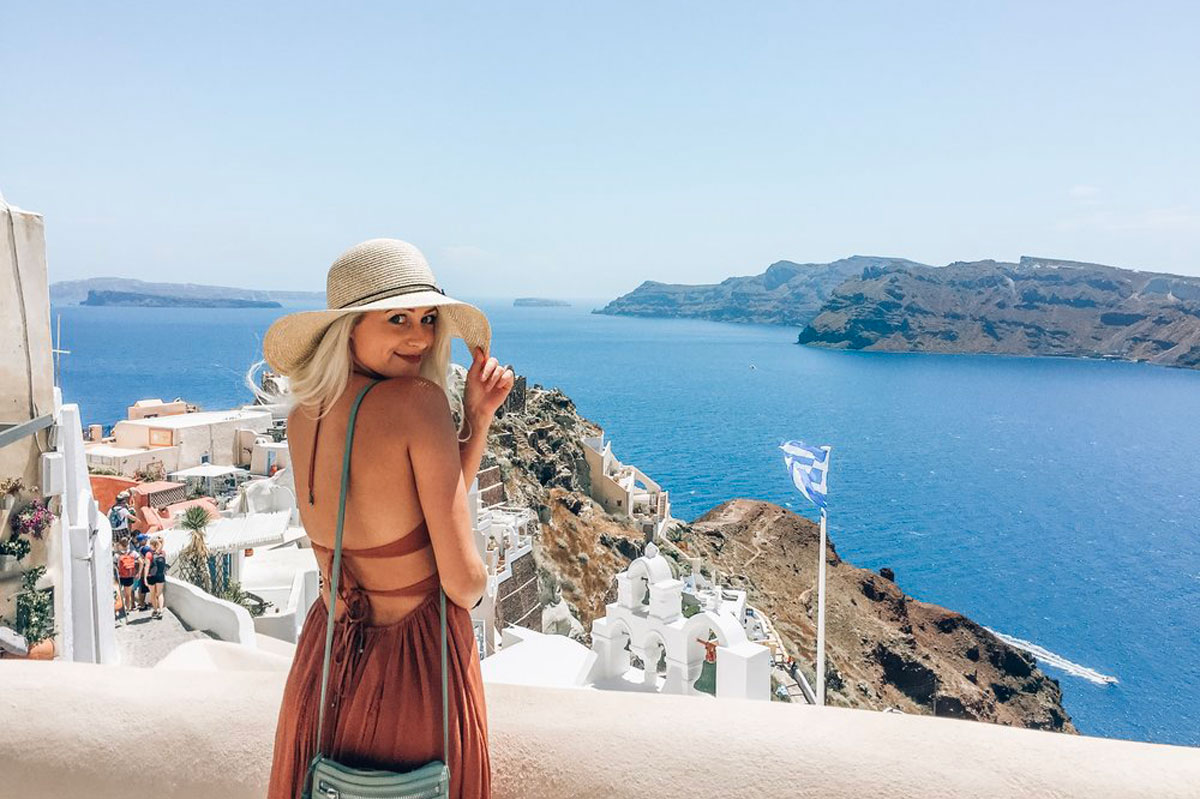 Thought international travel was kaput? Us too. But the land of plunge pools, whitewashed buildings and selfie sticks (among other things), is banking on us being wrong: Greece is set to re-open to tourists on July the 1st.

This comes after the “rare coronavirus success story” (9 News) discussed introducing a “health passport” for tourists, along with a number of other tourism-dependant Mediterranean islands.

Now the announcement has come, via Greek officials, that you could be sipping Ouzo and re-enacting your Zorba The Greek fantasies sooner than you thought.

“By enforcing a strict and early lockdown, the country has managed to keep deaths incredibly low, around 150 to date,” 9 News reports.

Last week, Greek businesses like hairdressers and bookstores were allowed to re-open for the first time. Now, the country’s prime minister, Kyriakos Mitsotakis, thinks Greece may, cautiously, be able to welcome back some travellers back.

When? Just in time for summer, of course.

According to CNN Travel, the exact date is July the 1st, “if all goes to plan.”

“Maybe no bars… or no tight crowds, but you can still get a fantastic experience in Greece – provided that the global epidemic is on a downward path.”

Of course, much like that late-night souvlaki could go straight to your thighs, opening Greece’s borders is not without consequence: unshuttering the country could lead to further outbreaks.

Mitsotakis, however, is optimistic testing regimes can be improved to reduce the risk of this occurring. Right now, every international traveller is screened for The Virus upon arrival.

According to CNN Travel, further precautions include travellers being asked to fill out forms with personal information and seat numbers, which would allow authorities to trace any inflection networks that might develop, should someone test positive.

The test, when you get off the plane, at the moment, involves a throat swab, of which you get the results 12 hours later.

Mitsotakis hopes, ultimately, for something much more thorough, though. Not just that: he wants Greece – and Europe – to lead the way in post-pandemic tourist-testing.

Ideally, that would involve passengers being tested before they got on a plane: “They can only get on the plane with a negative test, or with a positive antibody test,” Mitsotakis told CNN Travel.

“If all goes to plan, he hopes the country can start welcoming tourists by July 1,” (CNN Travel).

Another interesting sprig of information is that Greece is banking on “high end” (Mitsotakis) tourists to get them through these Euro-starved times.

This is both due to the current plight of low-cost airlines, and the type of holidaymakers that will be attracted to an island without dirty dancefloors and 10-bed-a-room backpackers.

Mitsotakis flagged yachting and agrotourism (tourism in smaller hotels) as two activities that could work.

After playing host to 33 million tourists in 2019 (three times its population) as well as becoming the number one spot for every up and coming influencer to be seen, Greece has more than doubled its number of visitors in 10 years.

Now, at least one in four Greeks works in tourism or related industries, and – before the pandemic hit – 2020 forecasts had been booming.

Naturally, Greece wants to get back on track as soon as possible.

To all you Responsible International Citizens; it would be rude not to help, right (once international travel is encouraged again)?