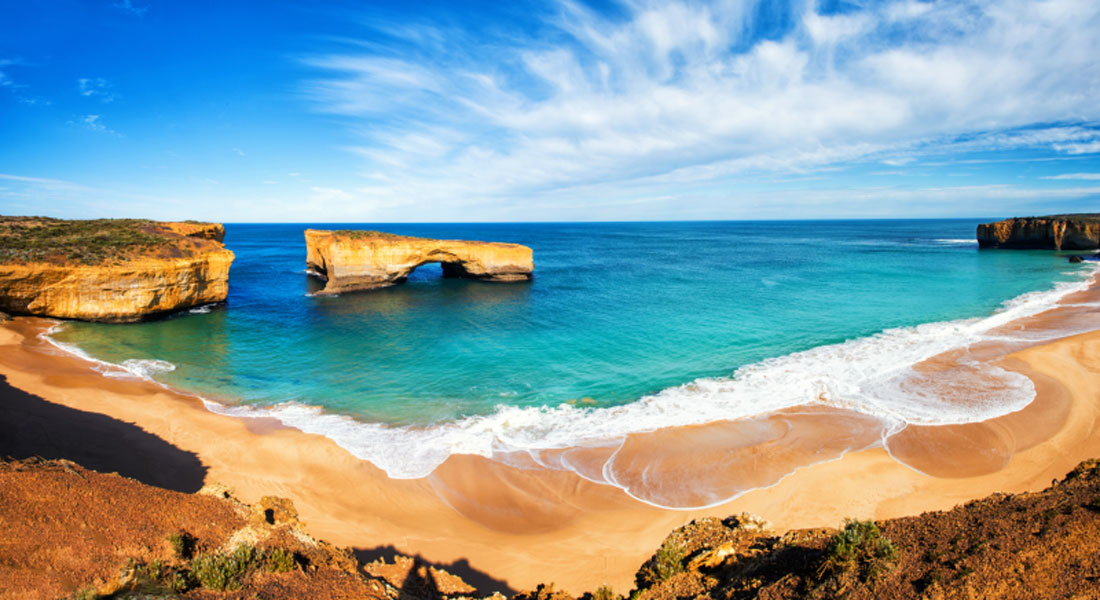 To say Australia’s tourism industry has suffered from The Virus is like saying socks don’t quite go with sandals. 100,000 tourism workers have lost their jobs, no f*cker is going anywhere and, as Flight Centre chief executive Graham Turner recently told The Australian, many tourism companies will be “decimated” if domestic travel restrictions are not lifted within a month.

But, though possible, such a loosening is unlikely. As the ABC recently reported, even though we may be less than three weeks away from kids returning to school and office workers being released back into the wild, “some form of restrictions are likely to remain for the six months through September.”

How this will affect your coastal-jaunt ambitions remains unclear. But, though nothing is certain, if our case-load remains as low as it is now, it is expected domestic holidays will be legal by September. In fact, there are now suggestions Australia and New Zealand may resume tourism in what’s being referred to as a “trans-Tasman bubble.”

Of course, until the data comes through, no-one can say for sure.

What we do know, is that Australians are getting restless. As The Chronicle.com.au reported this week, Apple Maps data shows direction requests have begun trending upwards again after plummeting in early March.

Similarly, “Requests for road directions in Australia are still down 58 per cent from normal levels, but have begun to increase after bottoming out at more than 70 per cent in early April.”

On top of that, “Foot direction requests have also begun to tick up.”

A DMARGE analysis of the latest Google Search Trends shows this impatience may not be reserved for getting back to the office and bottomless brunches. Why? If you look at the search data for down-under hotspots, Australians appear to be regaining interest in domestic travel. 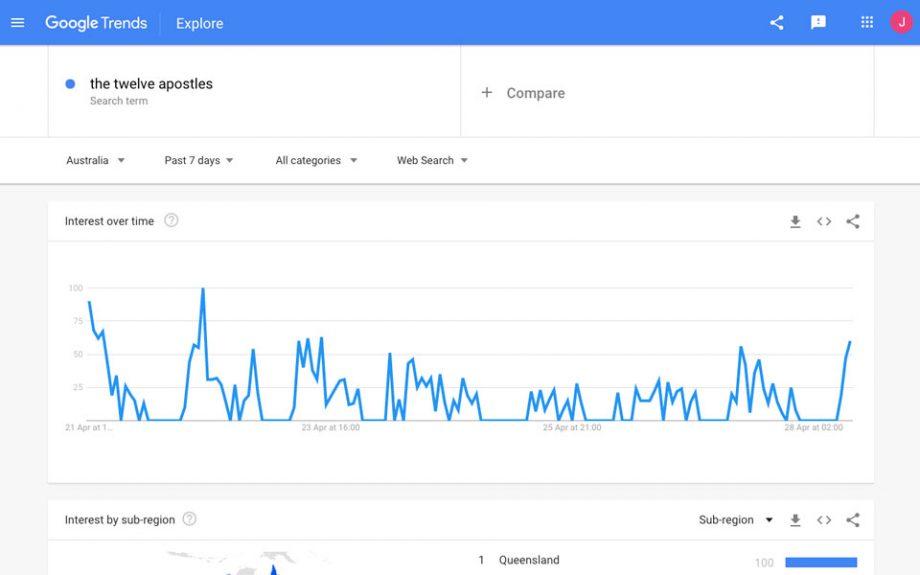 How so? After a 28th April announcement that NSW would join Queensland in a loosening of laws, we noticed an uptick in search traffic for the twelve apostles, the great barrier reef, Uluru and Noosa beach houses, to name a few. 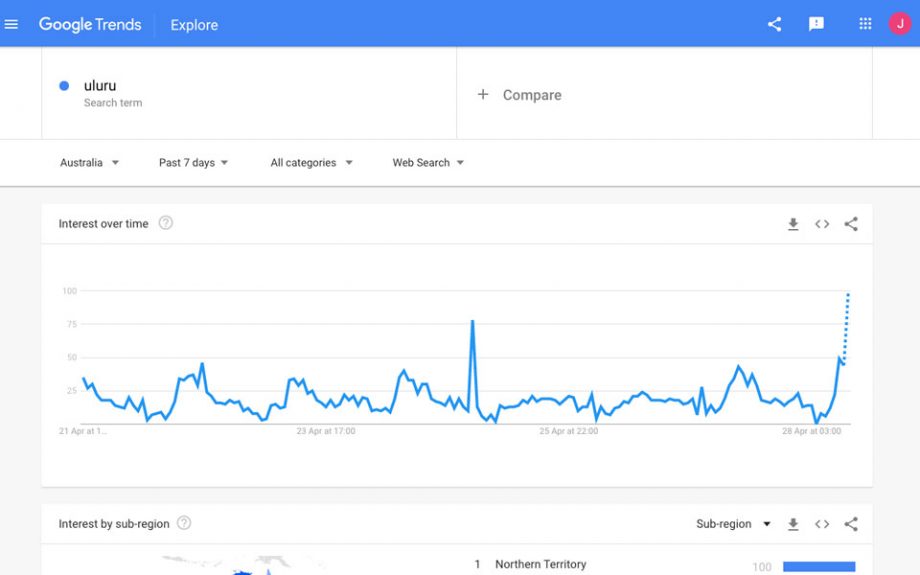 This comes in a context where, “With most international routes likely to be shut for at least the rest of the year, companies such as Flight Centre and Intrepid Travel are revamping their travel pack­ages to cater for local rather than international travel,” reports The Australian.

On top of that, reports came out on Friday that Qantas and Jetstar are now selling flights for June, despite no official word on domestic travel bans being lifted, leading media to speculate they know (and are preparing for) something we don’t.

This interest in domestic travel also comes after the Federal Government has announced a $95 million support package for zoos and aquariums, which The NSW Tourism Industry Council says “is a great show of faith and support for tourism operators at a time when they need it most.”

In a press release, Simon Spellicy, Chair of the NSW Tourism Industry Council, said, “We know how hard the tourism industry is suffering, particularly in NSW which is the gateway to Australia for many international visitors.”

“Many tourism operators which exhibited animals suffered tremendous financial losses as a result of the bushfires, and now they’ve been hit with the impacts of COVID -19,” Mr Spellicy said.

“These operations can apply to the Government to access these funds which can be used for animal welfare costs, including the cost of feed, specialised care and utilities relating to animal care.”

“This fund is on top of any support the relevant businesses can receive should they meet the criteria for JobKeeper payments.”

“The NSW Tourism Industry Council strongly encourages businesses to apply for these grants to assist with their operational costs at a time when visitation is not possible,” Mr Spellicy said.

“This also comes at the same time as the establishment of the Tourism Restart Taskforce which will provide advice to industry and Government on the short, medium and long-term priorities to rebuild tourism in Australia.”

“As a representative body, the NSW Tourism Industry Council will continue to liaise directly with Federal Minister Simon Birmingham on NSW specific initiatives that will drive visitation to specific locations, both in Sydney and regional NSW,” Mr Spellicy said.