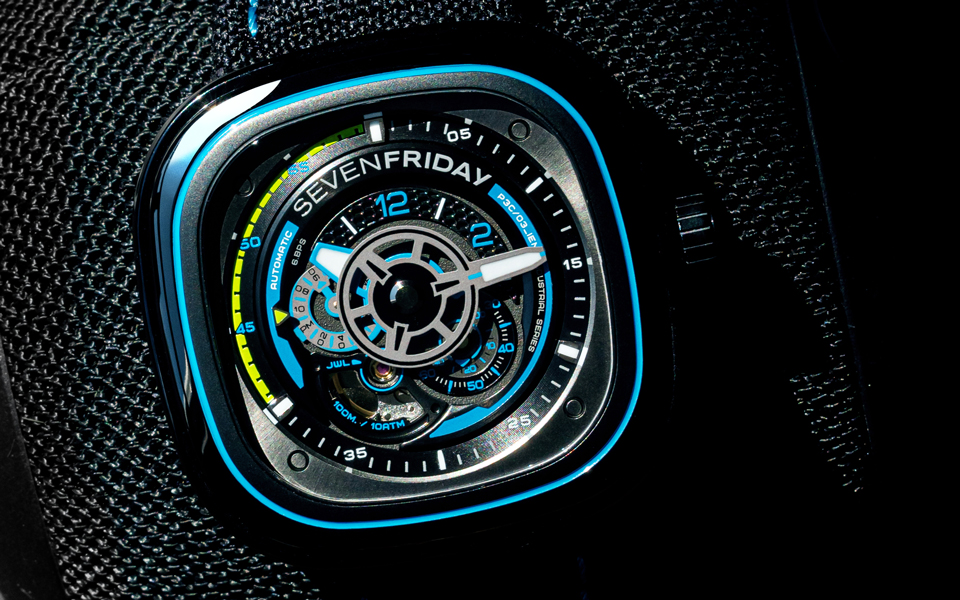 Swiss watch brand SevenFriday has always been one to distance itself from the crowd. Just one glance at its unique timepieces and it’s immediately clear the company doesn’t conform to the ‘regular’ look of analogue watches.

The non-conformity continues with the company’s latest release, the P3C/03 Beach Club. Sticking to its tried and tested formula of square-faced timepieces, the Beach Club not only distances itself from other brands in terms of design – and the brand has always been about design first and foremost – but the way in which it tells the time too. You might take a quick look at the dial and wonder what the hell is going on. It’s actually rather simple. 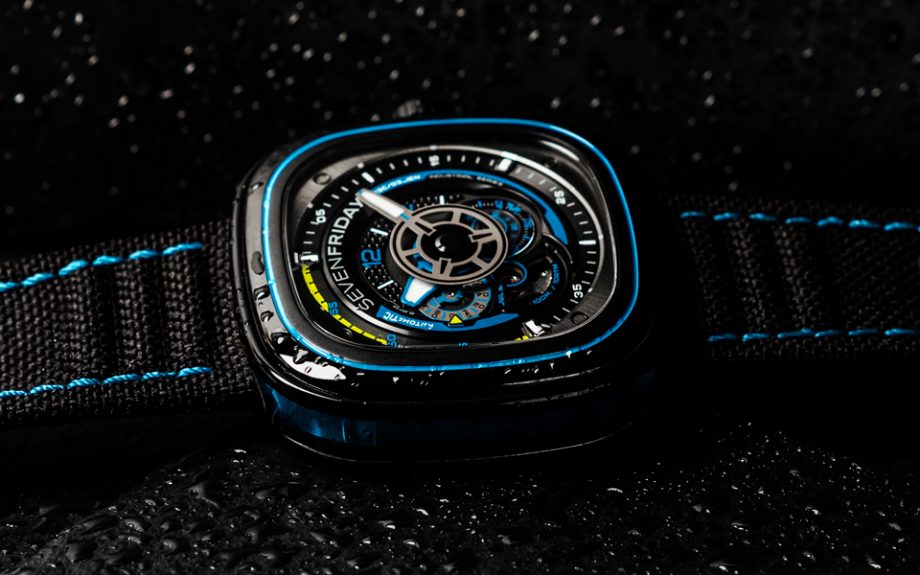 You have traditional hour and minute hands with a minutes counter at the outermost point of the dial. Then you have two sub-dials: at 4 o’clock is a small seconds indicator and at 9 o’clock is a 24-hour indicator. The company is fully aware its watches don’t follow conventional rules – the V3/01 is a further testament to that – but telling the time will be like riding a bicycle once you’ve spent a little time getting to understand it.

SevenFriday has deliberately targeted this watch to the frequent beach-goer with a colour-scheme to reflect, with aqua blue being a prominent colour to represent the sea and a hint of yellow to resemble the sun. Add to that a 10ATM water resistance thanks to a screw-down crown and a black canvas strap with calf leather lining and you have yourself the ideal beachside companion. 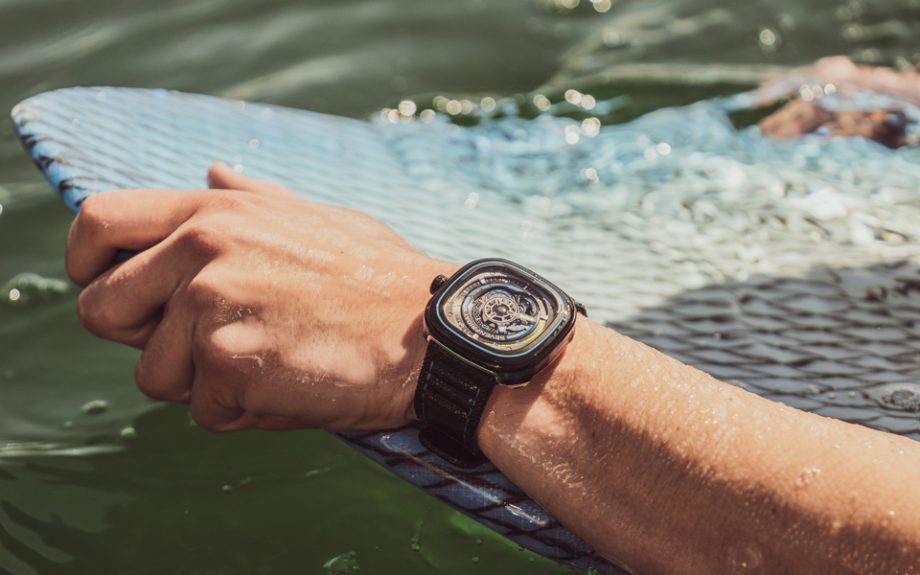 Under the hood is an automatic Miyota 82S7 movement (the company always turns to Japan for its movements, using either Miyota or Seiko) and Asia also where the watch is assembled. The company is transparent with the way its watches are designed and manufactured, with design coming straight out of its head office in Zurich, so they’re Swiss-designed, not Swiss-made. This information is displayed via a globe on the caseback of the watch, which doubles up as an NFC chip which connects to a companion app.