Concerning Sleep Tracker Revelation Will Keep You Up At Night

“They were actually destroying their sleep by becoming so dependent upon these devices.” 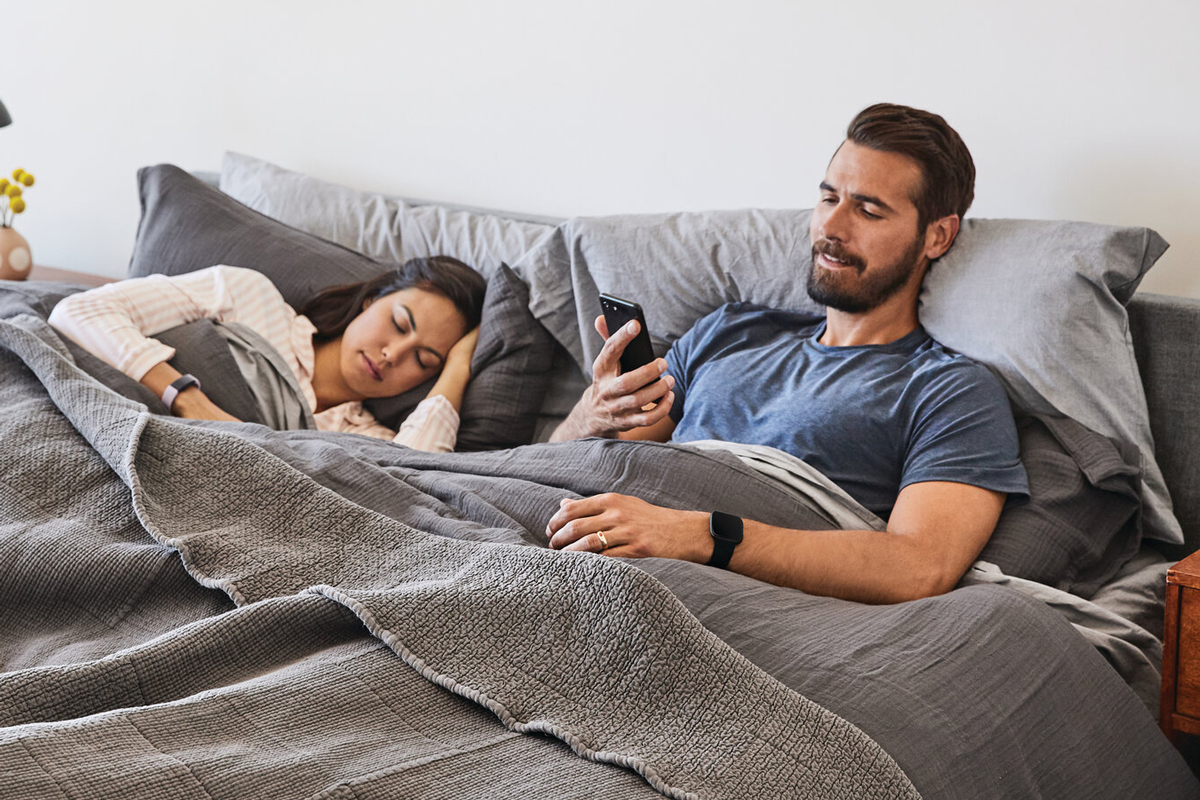 If you own a smartwatch or fitness tracker, there’s a very good chance it has sleep tracking capabilities either built into it, or can have any number of apps installed to monitor your slumber. They measure your sleep duration and detect any interruptions during the night, such as tossing & turning. And some even claim to measure the stages of sleep you go through during the course of the night.

But just how effective are sleep trackers, do they actually track the ‘right’ information and can they give us an accurate recording of our sleep that we can use to make positive adjustments? We reached out to Rose Clancy, sleep psychologist and author of the ‘Unlearning Insomnia & Sleep Medication Dependence’ sleep workbook, to get her professional opinion.

She agreed that sleep trackers can make us more aware of our sleeping patterns, but to a potentially detrimental effect “they can create more overvaluing and hypervigilance about sleep, leading to ‘orthosomnia’ fixation.” Orthsomonia is similar to insomnia, in that it describes someone who has trouble sleeping, but whereas insomnia can be caused by all manner of symptoms, orthosomnia is recently coined term to describe someone’s unhealthy obsession of wanting to get a perfect night’s sleep, based on what their tracker tells thems.

Speaking to Health, Dr Sabra Abbott, MD, PhD of Northwestern University said, “We realised we had a number of patients coming in with a phenomenon that didn’t necessarily meet the classical description of insomnia, but that was still keeping them up at night,”

“They seemed to have symptoms related to concerns about what their sleep-tracker devices were telling them, and whether they were getting good quality sleep or not.”

“They were actually destroying their sleep by becoming so dependent upon these devices.”

Rosemary adds that while trackers can “measure heart rate and gross motor movement”, she tells us they’re not the last word in accuracy, “neither is precise enough to measure your sleep stages. Only EEGs in a sleep study will provide this information.” EEGs refers to electroencephalography, an electrophysical method that records brain activity during sleep.

Backing up Dr Abbott’s finding, Rosemary says the information given to us by sleep trackers can “worsen your mood”, because “generally, people look at the amount of ‘deep sleep’ on their daily tracker graph (which is inaccurate in any case) and find it inadequate and worrisome.”

Dr Abbott mirrors the view that trackers can be inaccurate, saying they’re not good at “distinguishing between time actually spent asleep versus time spent in bed. If you’re checking your phone in bed but you’re not actively tossing and turning, most commercial sleep trackers will record that as light sleep, even though you’re still scrolling through Instagram.”

Rosemary adds that knowing about deep sleep patterns is a genuine concern for many,

“How do I get more deep sleep?” is one of the most Googled questions.

Why are people unhappy with the amount of deep sleep their tracker tells them they’re getting? “Because while deep sleep only constitutes about 20% of the night’s sleep, sleep tracker wearers tend to believe 70-90% of the night should be in deep sleep.”

“This is a cognitive bias, where people often think ‘more must be better’.”

Rosemary goes on to tell that we have “no control over the sleep stages we fall into.”

“All you can do is step out of its way and not use alcohol, illicit substances or prescription benzodiazepines, or any other stimulants for that matter that alter the sleep architecture.”

“The best thing you can do is allow sufficient opportunity to sleep (i.e. 7-9 hours in bed) and your brain will do the rest.”

She quotes Michael Grandner of the University of Arizona as saying, “For a person to be worried about their sleep is like being worried about the gas makeup of the air you’re breathing in.”

The takeaway here is that while sleep trackers can detect periods of unrest during the night, don’t take the information they give you in the morning as gospel.