Or will the tabloids just do anything for content? 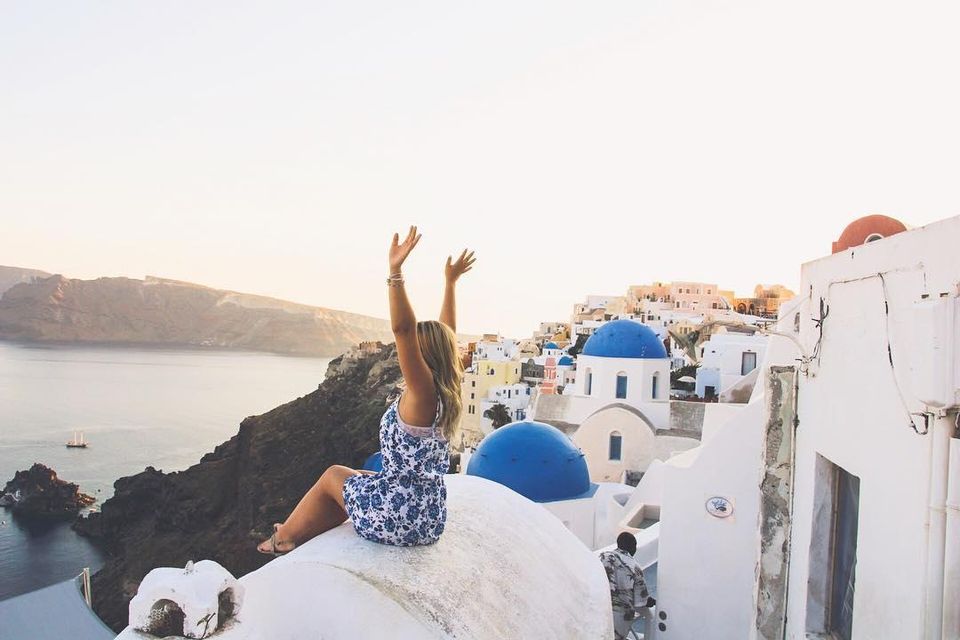 Influence is a funny word. Positive by reflex. Defined by inertia. But as social media evolves faster than a respiratory virus, we have quickly realised that it’s just another word for power.

In the last few years, people have turned against the term. We’ve also branched out into other platforms.

Now, especially in this Era Of Boredom, we’ve found ourselves prancing to China’s second most viral export of recent times: TikTok.

Far from reading your uncle’s political rants on Facebook, or seeing your pretentious aunt’s latest Instagram post, TikTok rewards quirky, engaging, none-too-serious, post modern skits. If you didn’t understand that sentence, don’t worry: neither did most people on the planet beyond the age of 25.

However, this mismatch may be contributing to a new trend, which we’re calling ‘tik toking’. Whether it’s concerning or hilarious, we’ll leave up to you, but the fact remains that social media influencers are taking advantage of this ‘tik tok’ phenomenon – this embarrassing lack of understanding on the part of mainstream media of internet culture – to successfully provoke, gain coverage and grow their profiles.

Case in point? Where to start. As we reported in January, adult movie star/shock-jock influencer Vitaly ran into hot water (or, rather, an Egyptian jail), for climbing one of the pyramids of Giza to get the perfect Instagram snapshot.

Far from being a surprise, though, the captions on his posts suggests he knew exactly what he was doing.

“Was it worth it? F— YEAH! I did it for a good cause and soon I’m going to share the whole video so the whole world can see.”

Although the post has received over 197,315 likes, not everyone was convinced of his altruism, with several commenters complaining it was all a publicity stunt.

“Why don’t you donate your money! Instead of climbing around on a [sic] ancient historical for no reason!” wrote one Instagram user, to the tune of 2,361 likes.

Alex Hayes is another Big Name on Instagram, who first went viral in 2015 after fooling the media with an “obvious” fake selfie with a shark.

As The Sydney Morning Herald reported at the time: “Sydney surfer Alex Hayes reckons it was ‘obvious’ his shark selfie was a fake – but that didn’t stop the hungry hordes of the internet (and several media outlets) rushing to share the image.”

“The 17-year-old schoolboy posted the picture on his Facebook and Instagram accounts on Thursday last week. It appeared to show him sitting nonchalantly on his surfboard at Clontarf Beach as a shark swims directly beside him,” The Sydney Morning Herald wrote in 2015.

“By Saturday, stories of shock and awe had appeared on news websites such as the Daily Mail Australia, Pedestrian.tv, respected British newspaper The Independent, and the somewhat less respected Daily Mirror, which chose to run the story despite openly speculating that it could have been photoshopped.”

Alex is now an Instagram personaje with 593k followers.

He is also admired for his honesty around mental health, and inspiring others to pursue their goals, too.

This leads us to the latest example of (in this case, potential) media manipulation or, as we like to call it ‘tik toking’. It comes in the form of Linn Clarke, a Swedish backpacker who recently was strung up in the Australian media for flouting lockdown rules to sunbake.

While swathes of Sydney’s Eastern Suburbs and Northern Beaches did much the same as Linn, who is currently living on the Gold Coast, there was one crucial difference: they didn’t post about it on social media inviting a fine (or if they did, it didn’t get picked up by the tabloids).

But first: context. What the hell happened?

News.com.au’s take is, “A Swedish backpacker has gone viral after appearing to dare police to fine her $1200 for flouting social-distancing restrictions while sunbaking on a Gold Coast beach.”

“Linn Clark posted a video of herself at an unidentified beach last week before any lockout rules were eased,” News.com.au claimed.

“In it she complained that she couldn’t be outside, saying she was having to look over her shoulder as she enjoyed the sunshine in a black bikini.”

“Her video, shared on TikTok, quickly outraged other users, but Ms Clark has told news.com.au she wasn’t asking to be fined and didn’t go to any beaches that were closed.

“This is where we’re at right now in Australia, I have to have a look around me when I’m sunbathing so there’s no cops arresting me on the Gold Coast,” she said.

Across the short video was a block of text that read: “Give me a fine 1200Auddollar.” 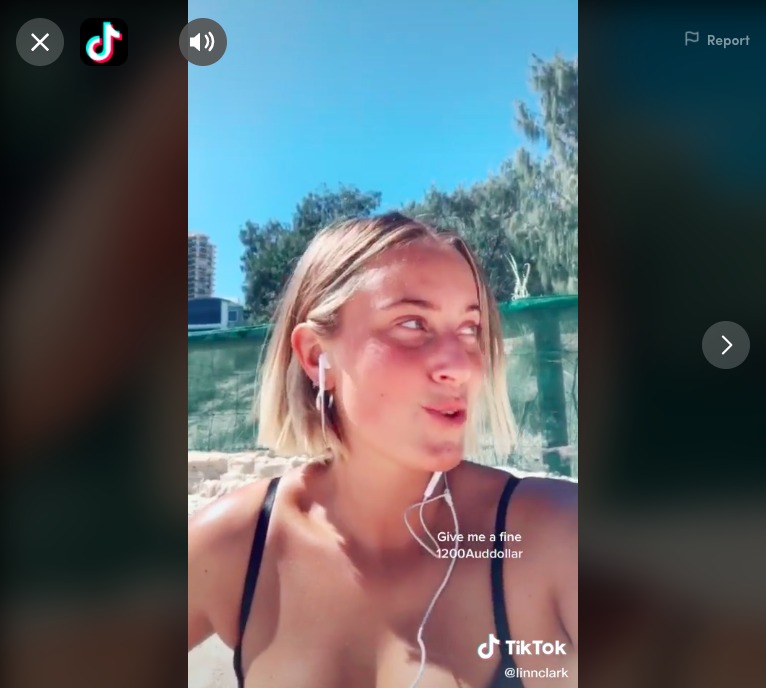 News.com.au then reported on how some of Linn’s followers were pissed off: “If everybody did it the beach would be packed. Inconsiderate.. maybe go home if you don’t take this serious,” one wrote.

News.com.au spoke to Linn to get her take: “I went to the beach because I wanted to live my life as I usually do here in Gold Coast, so when Surfers closed I went to Burleigh and when it opened again I went back.”

However, Linn argues she was misrepresented, taking to Instagram the next day to say, “Then they did the same thing [as the original Daily Mail article] leaving me with nothing so say but my words twisted in their way… shame.”

When DMARGE contacted Linn, she wrote: “the captions [of] the different articles [are] not even true.”

She later emphasised this in a public Instagram story: “Nic White from Daily Mail stole my content from my Instagram… with my friends (that’s not even involved in this) and on top of this he says that the girl twerking is me witch [sic] it isn’t and my friends are getting hate comments.”

Linn also received a barrage of hate on Instagram, after the various pieces came out, which she exposed on her Instagram story (after being forced to delete her most recent post, due to the sheer volume of horrendous comments – which we’re not going to publish – from users who seem to have found their way there after reading the tabloids).

Although News.com.au and Daily Mail Online would claim they are in their rights to use images and photos uploaded to a public platform, it is interesting to think: would they have done the same to someone with more resources to fight back?

After all, even though Linn’s ‘fine invitation’ was immature-at-best, tasteless-at-worst, it was made to her TikTok followers (friends, fellow backpackers, random internet peeps), not police (on a platform designed to reward provocative behaviour).

Yet some of the headlines out there (see: ‘Swedish backpacker dares police to fine her $1200 for tanning amid lockdown’) make it seem she whipped her towel out on the roof of her local police station.

Whether or not this was an intentional ploy to bait the media (and gain publicity) on the part of Linn, who is not an influencer, but rather an individual having a bit of a laugh online to keep lockdown boredom at bay (DMARGE has reached out to Linn to ask), it will be interesting to see whether Linn becomes a TikTok star after this whole episode.