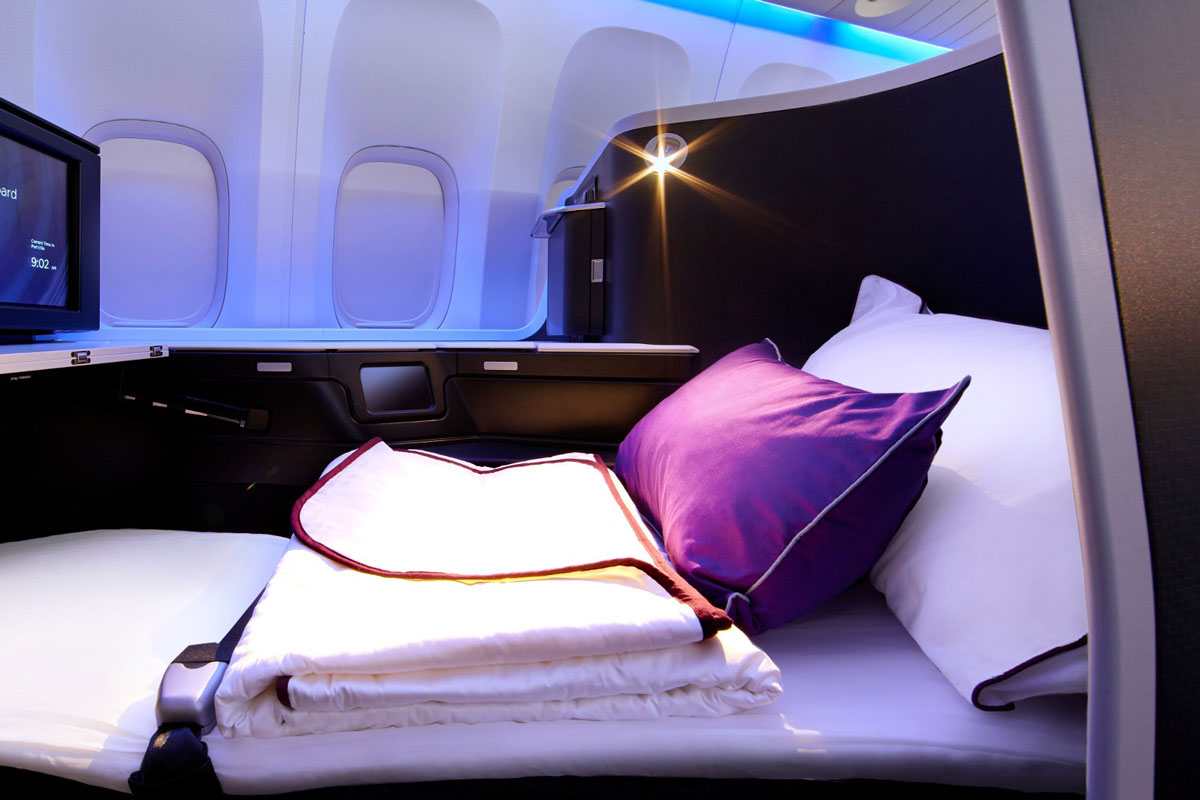 As Virgin Australia took one last gulp before it plunged into administration, the rest of Australia looked on with bated-breath.

While satire mags took the piss (see: “‘Just Tragic,’ Says Joyce“), everyone else wondered: what could rise from Virgin’s ashes? A leaner and meaner version of the same company?

Though the whole ‘government-owned’ idea now appears unlikely (see: “Friday deadline for Virgin Australia’s billion-dollar buyers“) everything else is firmly on the table.

The big-name bidders at the moment are said to be: BGH Capital (a Melbourne based private equity firm), the Macquarie Group and Wesfarmers.

Friday’s initial bids will be coaxed into binding offers by mid-June, from which the winning bid (or potentially bidders) will be chosen.

But what then? What will Virgin Australia look like in five years time? The answer depends on which investors walk away with Branson’s baby.

There are, however, some constants, which give us anchor points to mount a few predictions.

For instance, no matter how this plays out, “Qantas would, at least for some months, have a monopoly in what is expected to be a mostly domestic-flying market amid… travel bans,” (ABC).

It is also widely accepted Virgin (and all airlines) will have to become leaner and meaner to survive the coming years.

However, various aviation experts say Virgin’s situation is not as dire as you might think.

Indeed, some have predicted a number of intriguing silver linings to come out of Virgin Australia’s voluntary administration for domestic Australian flyers.

One among them is Professor Rico Merkert, Chair in Transport and Supply Chain Management at the University of Sydney (and Editor-in-Chief of the Journal of Air Transport Management).

Though Professor Merkert told DMARGE it’s “way too early” to say what a post-pandemic world will look like (“while I see domestic aviation commencing operations in the not so distant future, I am less certain about international”) he also told us what it would take, in his eyes, for Virgin Australia to soar to (or at least, get back on trajectory towards) the lofty heights they once envisioned.

“If Virgin gets one strong holder and a clear strategy that focuses on a simplified domestic network then I would see them as a profitable, economy supporting and job generating enterprise in 5 year’s time.”

Professor Merkert also said that administration may offer a smokescreen for hard (but smart) calls to be made.

“As [Virgin Australia] had accumulated $1.6bn worth of negative equity and a too complex business model with an even more complex board room, they were in dire need for change.”

“COVID-19 may speed up that process and may in fact force one or two of the shareholders out, which may in fact not be a bad thing if the remaining shareholder has a clear strategy toward commercial viability.”

“Having the fleet currently grounded due to COVID-19 is actually good and potentially a perfect time for a take over as there would be no disruption to the operations and as it will take at least another 2-3 months before the skies are open again, there would also be some time for re-branding campaigns etc.”

Not only that, but as The Sydney Morning Herald recently pointed out: “Administration triggers the opportunity to renegotiate everything from the current enterprise bargaining agreements to fuel hedging contracts, lease rentals from the airport owners and catering.”

“It is not only the Virgin 2.0 balance sheet that will look much healthier having cut a swathe through the $5 billion debt pile, the resurrected airline will be able to establish a new cost base – one that will be significantly lower than that of Qantas,” (SMH).

What happens then? After all: even if Virgin Australia is on the receiving end of some supposed silver linings, realistically, Qantas still has ample opportunity to establish dominance right now.

Here is Professor Merkert’s prediction: “I suppose the worst case scenario for Qantas would be if somehow Singapore Airlines [or similar] would be allowed to take over the VAH assets cheaply and without the dept (perhaps together with a strong capital partner and a financial injection but no other airline partner). This would put a re-emerged and simplified Virgin in a fairly strong position.”

Qantas, however, even in this scenario, “would still dominate the domestic market and would benefit from regional networks once we get to the other side of COVID-19.”

A leaner Virgin Australia, however, “would become a formidable competitor on the core domestic routes (operated by VAH) and also international (operated by SIA)” in this hypothetical.

“Tigerair would remain shut and potentially sold to another party as would Velocity or incorporated into Krisflyer. Whether that happens (and Singapore Airline has long been trying to get into such a position) remains to be seen though, as there are those other airlines (i.e. Etihad and HNA) still in the mix.”

This could be great for Australians, potentially driving prices down without the associated race to the bottom that usually comes with it. Hopefully, it would even get Qantas focussing on refining Qantas, rather than stripping away services and trying to make Jetstar ever more profitable (assuming whoever takes over Virgin focuses on competing on that plane, rather than putting all their energy into Tigerair).

DMARGE also got in touch with the owner of Flight Hacks and points hacking expert Immanuel Debeer, to see what those who make a living flying flat are expecting from Virgin Australia 2.0.

“I think Virgin Australia will be restructured, streamlined and be put back in action domestically if potential buyers can get it at the right price and have the right vision, this is probably the best scenario,” Immanuel said.

“Alternatively I would love to see foreign airlines move in to offer fifth freedom type routes connecting the east and west coast. It could be a logical move for players like Singapore Airlines to have flights with a stopover in Perth on the way to Sydney. This will probably never happen but one can dream!”

Throwback to what was and hopefully will remain the world’s best domestic business class product. Thanks to @virginaustralia and all the amazing crew for the memories 🙏

As for the ergonomic offering: “Whoever buys Virgin Australia will probably keep their current seats for some time to come. VA’s A330 business class product is the best domestic business class seat in the world (IMO) so I don’t think this would change all too soon.”

“If another airline happens to buy Virgin Australia, it’s likely they will either keep the name or rebrand to something new.”