Australian ‘Harlequin’ Porsche 356 C Could Be The Ultimate Pandemic Project

Don’t flake on this one. 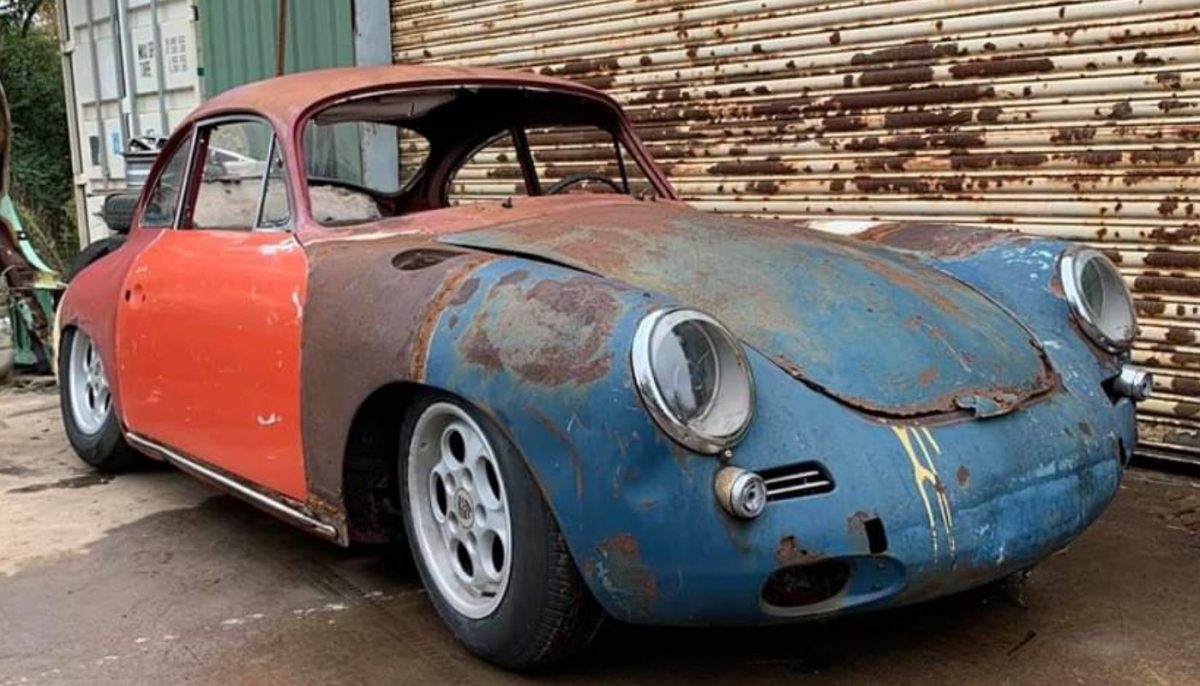 The beauty of classic cars is that even if they get badly damaged, they stand a good chance of being restored. New cars are designed to crumple in the event of a crash in order to protect passengers as well as pedestrians and are made out of a variety of materials, like plastic, aluminium and fibreglass.

Old cars, being made mostly out of steel and chrome, are far less safe, but because they’re mostly metal, they’re easier to restore when things really go tits up. You’ve heard the old adage before: ‘they don’t make them like they used to’.

Besides, when a car’s worth enough, people will spend whatever it takes to get it restored. This totalled Aston Martin DB5 was brought back to life, and Rowan Atkinson managed to sell his McLaren F1 for over 12 times what he bought it for – despite having crashed it, twice.

With that in mind, fancy having a go at restoring this rough-looking Porsche 356 C project car on sale on Facebook Marketplace in Yarra Junction, Victoria? 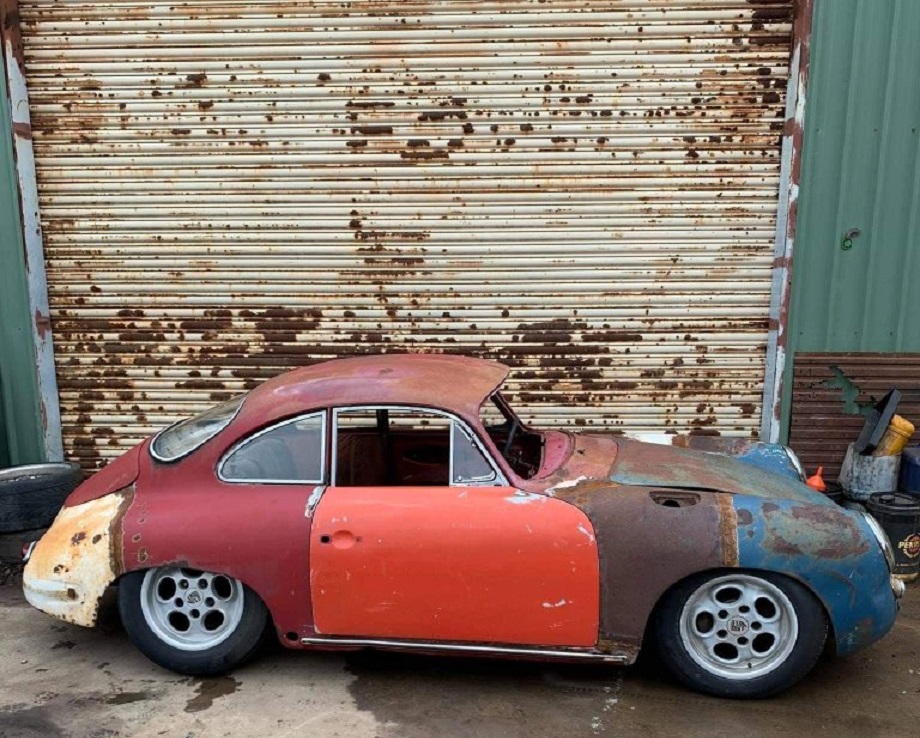 Normally this would be the bit where we’d rattle off some specs about the car – like how the 356 C was the most sporting of the 356 series, with a 95hp 1.6L flat-four and disc brakes all around – but honestly there’s such little of the original car left, making that feel like a pointless endeavour.

With no engine, no interior, no drivetrain – seemingly none of the things that make a car a car – this 356 is literally a shell of its former self.

The 356 was the first production car Porsche ever made, and established the Austrian/German marque as a performance car icon. Lightweight and spirited, the rear-engined rear-wheel drive two-door remains the perfect expression of classic motoring.

The question remains whether that same spirit can be ushered back into this shell. 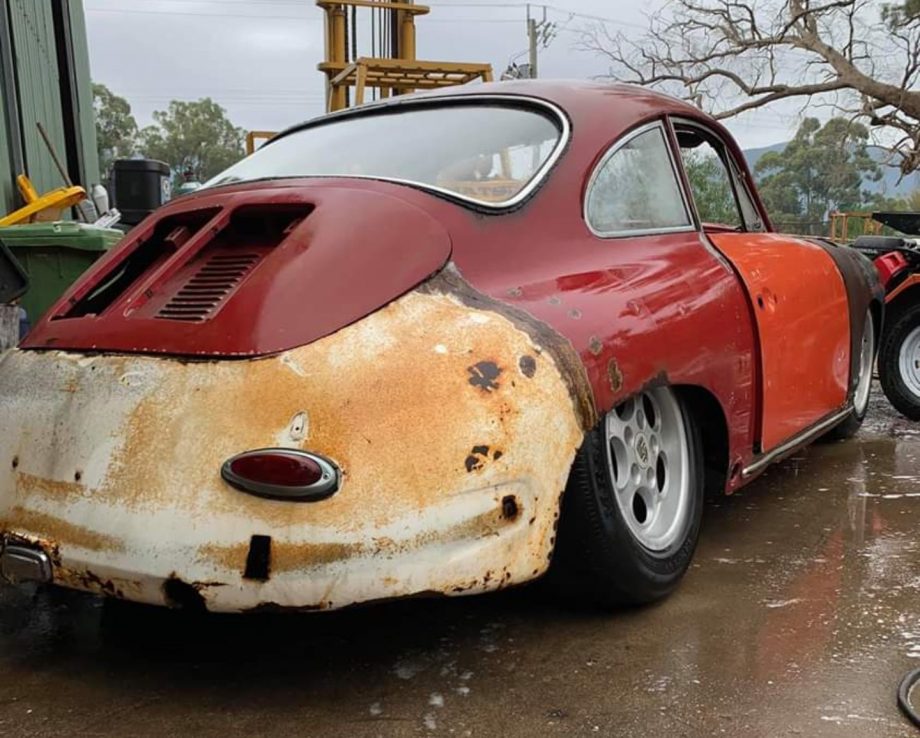 Even in such a dishevelled state, it’s a hell of a car.

It looks like this baby was originally red, but has picked up a variety of donor panels from different coloured cars over the years… To say nothing of the rust and obvious wear. We don’t mind the car’s look, actually – it reminds us of the VW Polo Harlequin models that were sold in Europe during the 90s.

This one seems to have rims from a 944 for some reason, and that’s about it: there’s so little of this car left. The subframe and dash seem to be in reasonable condition but the bodywork’s hardly arrow-straight, and the varying levels of paint, rust and patina on each of its disparate panels means it would be a serious endeavour bringing this Porsche back to a drivable condition. 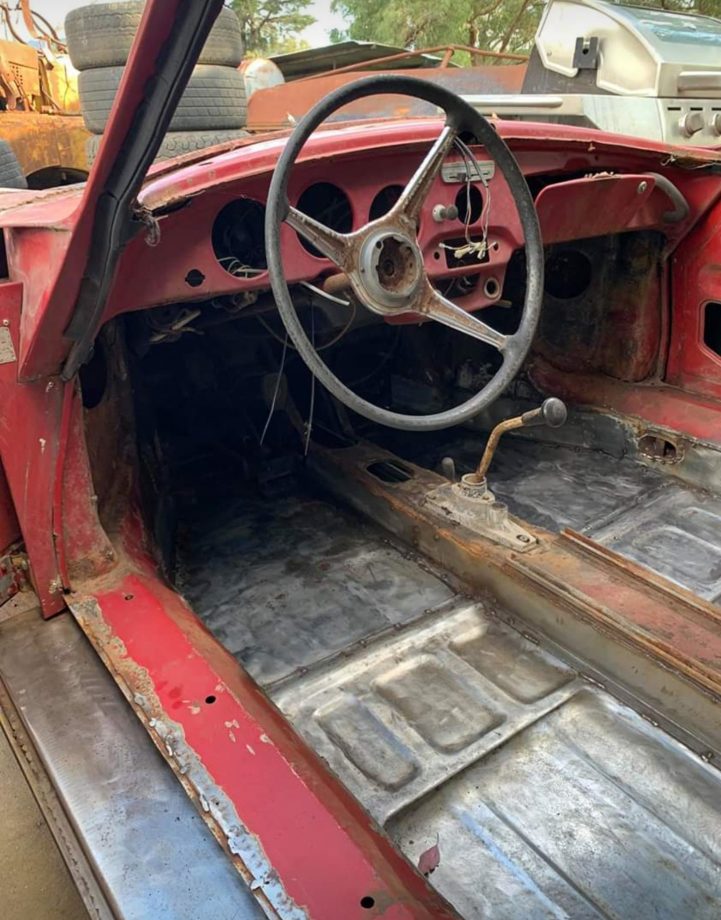 Throw a stereo in there, maybe?

The other way to look at it is as a blank canvas. Being that the 356 shared many parts with the original VW Beetle, it wouldn’t be as hard to find parts as you might think.

You could restore the 356 to original condition, or take advantage of how much automotive technology has changed since the 60s and turn this coupe into a real beast. Just thinking out loud: what if you electrified it? Or threw a small, modern four-cylinder engine in the back? 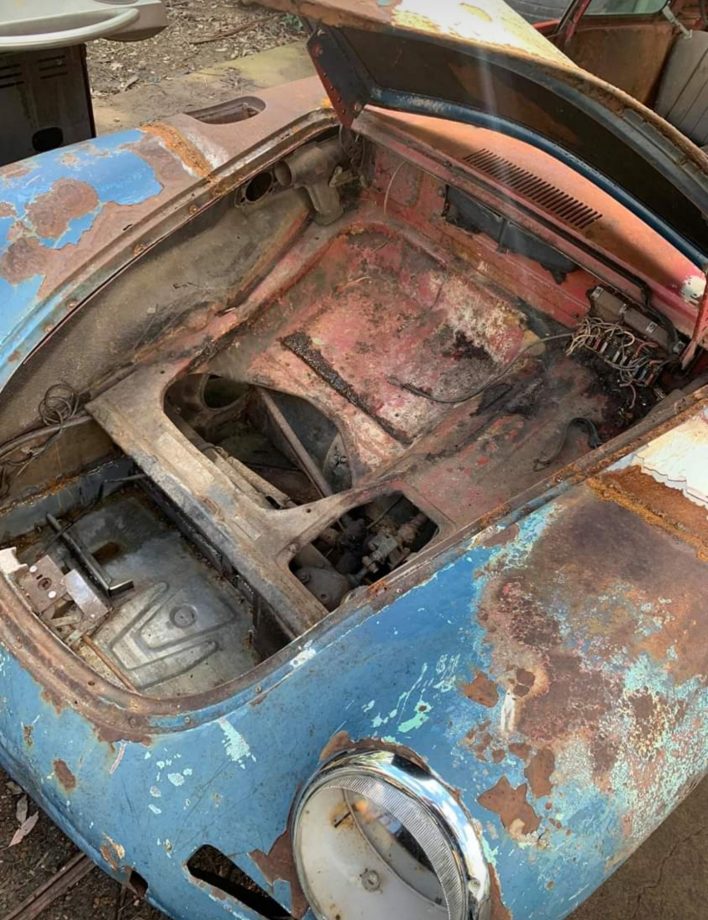 If you’re a deviant, you could even take an angle grinder to the ‘frunk’ and make space for an LS swap… Just saying.

There’s enormous potential here, but it would need someone very dedicated – and flush – to take on such a project. The seller’s asking a cool $40k (that’s $27.5k in Seppo money) for it, and you’d have to spend easily the same amount again to restore it. But never mind that.

Make this your next money pit.