America meets Australia: why you should buy this big yellow V8.

With Holden ending manufacturing in 2017, a long history of car production in Australia drew to a close. It joined the pantheon of marques who’d built cars in Australia… Ford, Toyota, Chrysler, Mitsubishi, Studebaker…?

You read correctly. It was once possible to buy an Australian-built Studebaker, like this fantastic 1962 Studebaker GT Hawk on sale in Perth on Carsales. 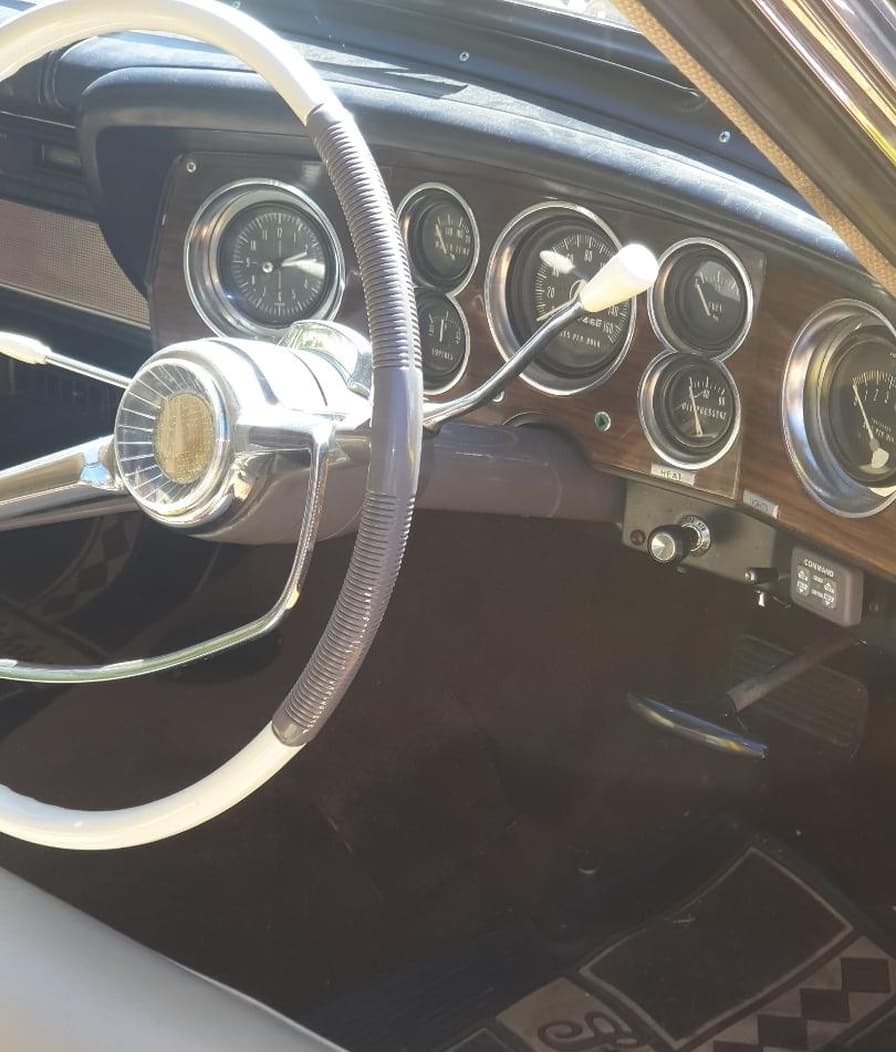 Bench seats in the front and buttery power steering mean you can drive with one hand on the wheel and the other arm draped over someone’s shoulder. Just saying.

Here’s a bit of a history lesson for you: Studebaker was one of the great American car marques. With commanding model names like the Dictator, Commander, President and Champion, the Indiana company had a reputation for stylish, well-built, reliable cars. Owning a Studebaker was announcing to the world that you’d made it.

In the 1960s, Studebaker opened a small assembly plant in Melbourne, banging together the compact Larks, the stylish Hawks and commercial vehicles from American-supplied knock-down kits. Larks even found themselves in service as police squad cars in Victoria, NSW and the ACT, as they came with V8s at a time when FC Holdens only put out a paltry 70hp.

After years of financial strife, Studebaker folded in the 1960s, shuttering its American, Canadian and Australian operations. Unique models like the Raymond Loewy-designed Avanti, famously the fastest car in the world at the time; the Wagonaire, which had an innovative sliding rear roof to accommodate oversized cargo; and Studebaker successes on the track weren’t enough to save the ailing firm.

The Gran Turismo Hawk was the top-of-the-line, final evolution of the sporty Hawk series, and one of the last models Studebaker ever produced. Like the Avanti, the GT Hawk came with Studebaker’s bombproof 4.7L V8 engine as standard. 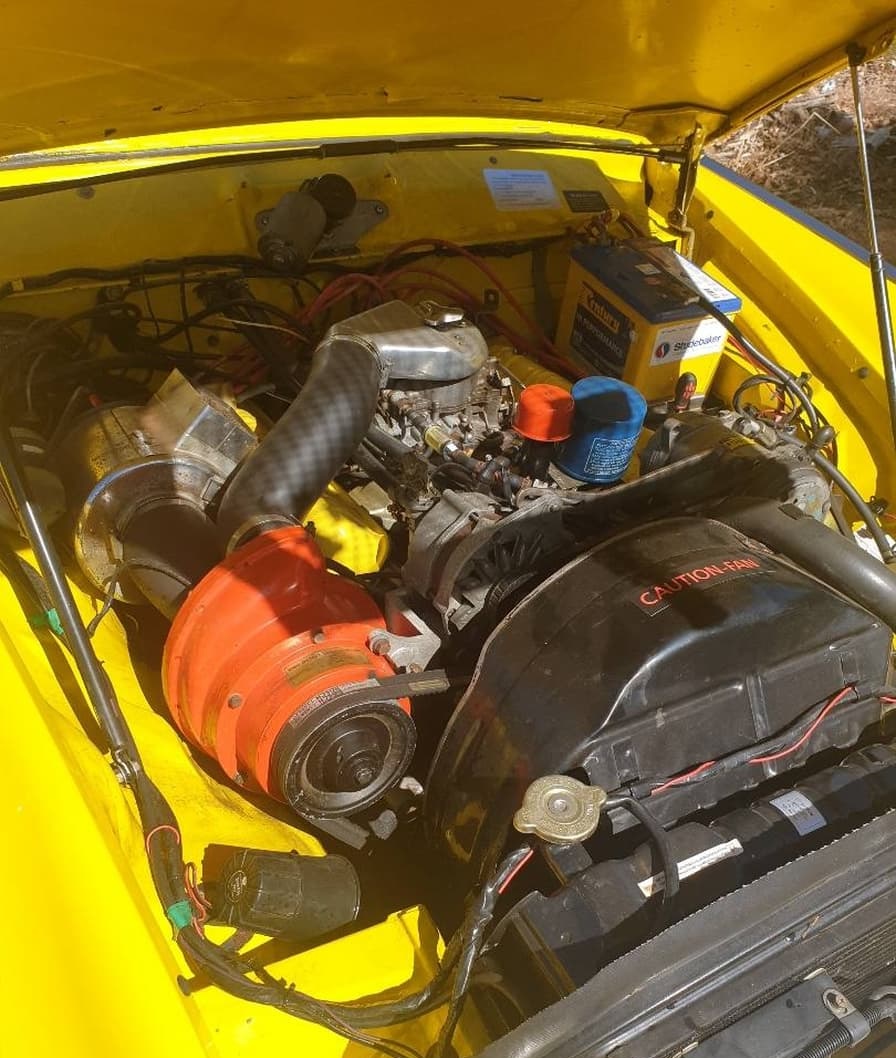 The only thing that should be under the hood of a big American car: a V8.

This 1962 GT Hawk in American mustard yellow’s got the special sauce, too: the optional R2 supercharger, which bumps this Yank tank up to a respectable 289hp. There aren’t many GT cars from this era that came in right-hand drive and with a supercharged V8 from the factory.

Before the top-spec Avanti arrived in Australia – packing a bigger 5.0L version of the engine found in the GT Hawk – this Studebaker would’ve been the fastest car in Australia.

It’s in exceptional nick, too – just take a gander at those clean, arcing lines and tasteful chrome highlights. It looks almost brand new. The Hawks were considered some of the most beautiful cars of their day and that beauty hasn’t aged one bit. 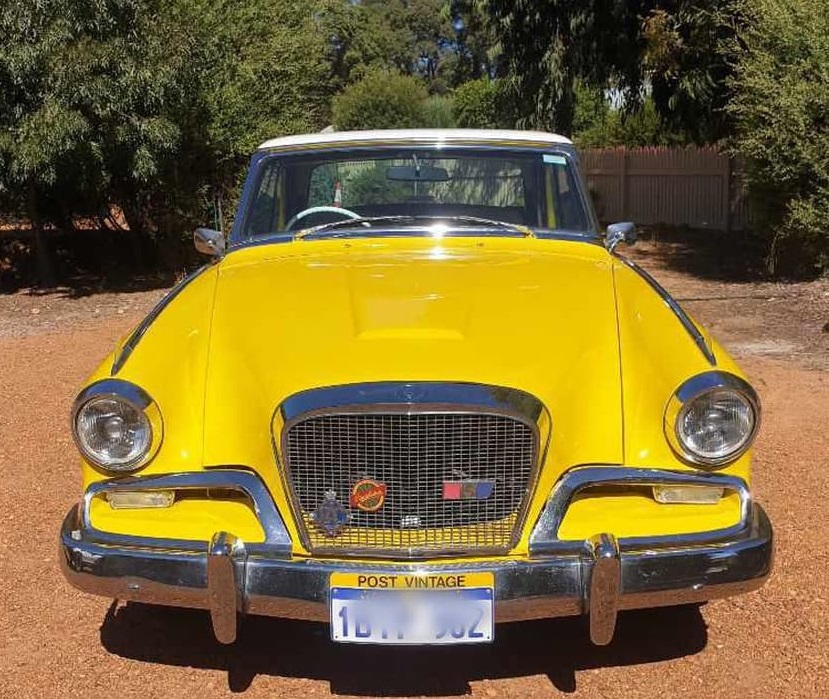 Just looking at this car gives you your daily intake of potassium.

For only A$35,000, we reckon this classic GT is an incredible deal. Consider that a new Ford Mustang GT costs almost double that and has less than half the charm. Head to Carsales right now before someone snaps it up.